Never go back: three words you often hear in football. They suggest things will never be as good if you return.

As someone with a bit of experience of moving between clubs, I’d like to think I’m well qualified to examine if that advice rings true.

After a trip to Merseyside on Thursday, I can say with certainty that going back to Liverpool is one of the best decisions I’ve made since I stopped playing.

I had the opportunity to interview Jurgen Klopp for BT Sport ahead of the game with Watford this lunchtime.

You will be able to see it before kick-off and I hope you enjoy watching it as much as I enjoyed filming it.

It was actually refreshing to knock on the manager’s door at the club’s Melwood training ground and be greeted with a smile.

When I was a Liverpool player the only time I ever went into that office was to receive a rollicking from Rafa Benitez or to ask him why I wasn’t starting!

There was none of that on Thursday, though. Klopp was every bit the lively and engaging figure you see on your screens and the way he has taken Liverpool forward over the last four years is remarkable. He clearly loves life at the club, as he extended his contract on Friday until 2024.

To be back at Melwood to speak with him was a pleasure but there was an added bonus. The last time I was there was July 2008, to collect my things. It was a sad day, as I was having to say goodbye to good people. I loved playing for Liverpool and was in no hurry to leave. 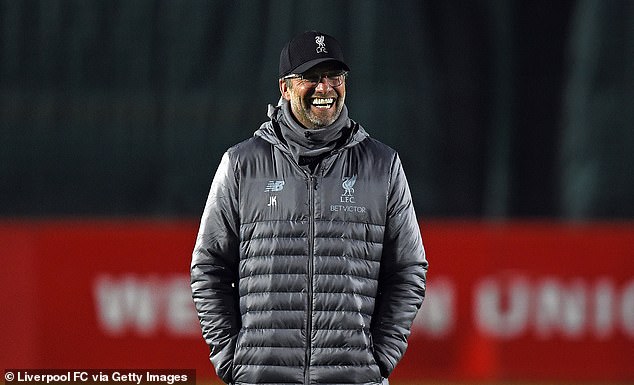 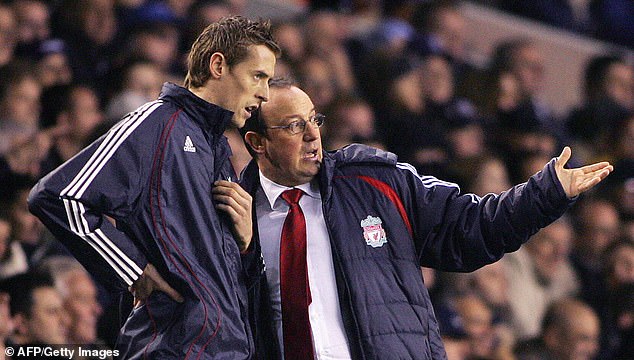 So it was special to see some familiar faces are still there, not least the lovely Carol in the canteen. Melwood has changed quite a bit, in terms of improvements to the medical areas and facilities for the players, but you still get that sense of history when you walk through the doors.

Next summer Liverpool will move to a brand new complex seven miles away in Kirkby so that the Academy and first team can all be on one site. This is another sign of progress. Liverpool are doing so much right and they want to remain at the head of the game.

I couldn’t help feel, however, that it a shame to be moving away from Melwood. I kept thinking about things from my time, not least when I saw a picture of the late Ronnie Moran hanging on the wall.

Ronnie was a Liverpool institution — from player to caretaker manager. We used to see him every morning. He’d come in, have a chat, put his boots on and go out for a walk around the perimeter to keep himself fit. The history he knew and the wisdom he had was never lost on me.

I felt quite nostalgic when it was time to leave, as it genuinely could be my last visit. It was so nice to go back and take it all in again. The one thing I felt more than anything is that this appears the start of a golden era for Liverpool.

If they were to defend the Champions League — and if they go on to win the Premier League — they should build a statue of Klopp, never mind a new training ground. To achieve something like that in the modern era would be incredible. It would put him on par with any of the club’s greats.

Everton must keep calm and carry on with big Dunc

When Duncan Ferguson was an Everton player, he had such an aura about him that some defenders I used to play with would physically shake before games.

Ferguson wanted to win headers so much that he didn’t think twice about physically heading his marker in the head to get the ball. I remember looking at footage of him, fixing his eyes on a cross coming, and you knew nothing — or nobody — was going to get in his way. 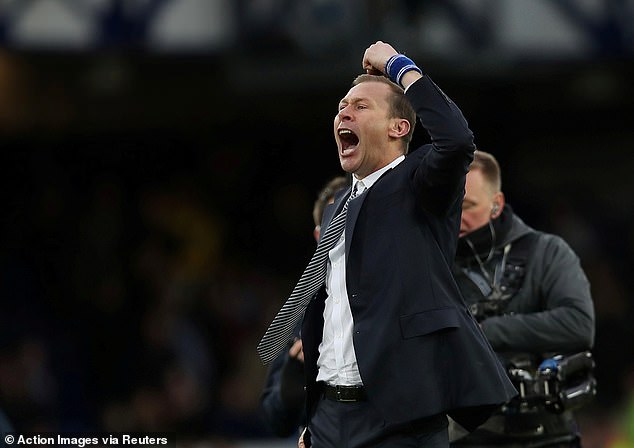 Ferguson was a big player who had a big presence and it didn’t surprise me in the slightest that he got such a fantastic reaction out of Everton’s squad seven days ago. Would you not be inspired if he walked into the dressing room and told you what he wanted?

There was so much to enjoy about the victory over Chelsea. I loved seeing him running down the touchline, picking ball boys up and twirling them in the air after Everton had scored. Football is about emotions and connections and Ferguson is the perfect match for the Goodison Park crowd.

I saw Everton at Anfield four days before the Chelsea game — when they got thrashed by Liverpool — and they had absolutely nothing about them. It was bad place for them to be, with Liverpool resting playing in a Merseyside derby.

It was unsustainable — Everton had to make the change. Now they have made the change, they should let Ferguson continue until the end of the season. There is no chance Everton will go down. Things might not be great but they are not in trouble of that nature. 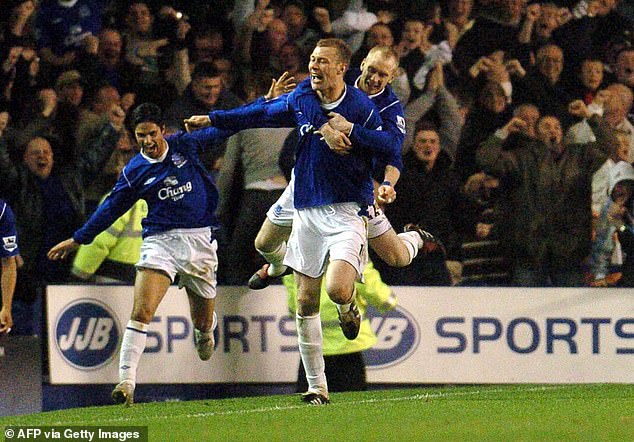 They missed out on appointing Vitor Pereira, the coach of Shanghai SPG, earlier this week. Pereira has won trophies with Porto but he is untried in the Premier League and I think it would have been a bad idea to put him into the middle of the campaign.

The one thing Everton need right now is someone to unite the fans and get the spirit back. There is no better man than Ferguson, who has been coaching at the club for eight years and knows them inside out. The board should leave this inspirational presence to carry on with his work.

As much as I think Liverpool are favourites to win the Champions League again, I’m starting to think that the biggest threat will emerge from France.

We had Paris St Germain’s game against Galatasaray on in the studio this week and the way they made light work of the Turkish side made me take notice. 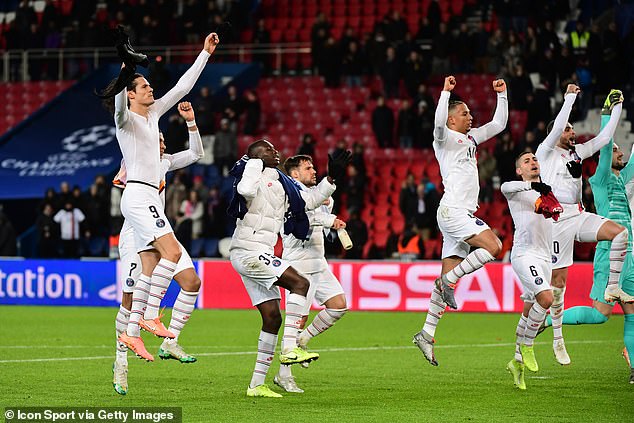 I know Galatasaray are not going to become European Champions any time soon but there was something imposing about PSG.

With a forward line of Neymar, Kylian Mbappe, Mauro Icardi and Edison Cavani, goals are never going to be a problem. It has always been their midfield and defence where they had questions to answer — but they look a formidable side. It will take a good team to beat them.