‘These players have won loads. Give me a break. I could tell the kids who I beat’: Fans choose Peter Crouch’s spectacular overhead kick against Galatasaray as their favourite in the Champions League… after Burnley striker hilariously pleaded for votes

Even Peter Crouch would admit that it’s not every day he gets the better of Cristiano Ronaldo, but his goal against Galatasaray has recently been voted as the best of the Champions League’s acrobatic efforts.

‘These players have won loads,’ he said while retweeting the poll. ‘Give me a break. I could tell the kids who I beat.’

And it seems a good chunk of Crouch’s 630,000+ followers jumped to his aid, swinging the vote in his favour.

Crouch ended up scoring two goals in the Champions League Group C match against Galatasaray in 2006, which they won 3-2.

A perfectly weighted cross came in, and Crouch found himself with some space in the box. The 6 foot 7 inch man leapt off the floor to score the overhead kick low to the left of the keeper, who stood rooted to the spot in amazement. 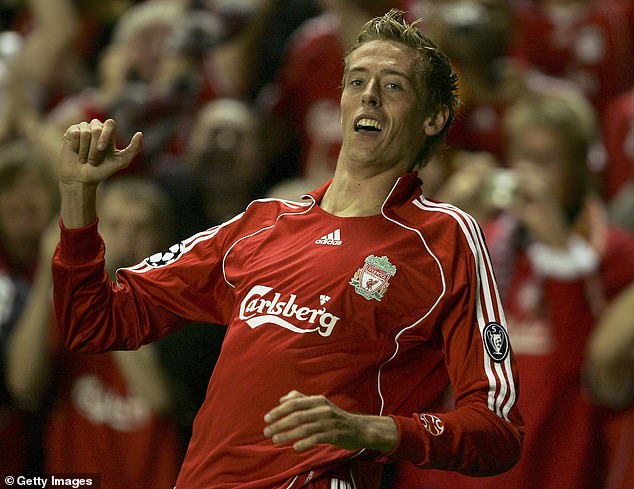 Peter Crouch’s overhead goal got over half the votes, but he did ask for some help from fans

The other players in the poll may have been arguably in more important games, against better opponents, but no one can take this accolade away from Peter Crouch now.

It appears Peter Crouch hasn’t returned to social media since winning the award. Perhaps he’s too busy doing the robot in celebration.