From almost PM to a humble canteen lunch: Peter Dutton chews over what might have been with his family – after losing his leadership bid to Scott Morrison

The former Home Affairs Minister, now at least temporarily relegated to the backbench after his leadership tilt, sat down with his family just after 3pm at a Canberra restaurant.

The photograph was posted on Twitter the Sydney Morning Herald journalist, Bevan Shields.

The sulking former Home Affairs Minister, Peter Dutton was spotted having a bite to eat with his family after his defeat at about 3pm at a Canberra restaurant

Mr Dutton sought comfort in the loss to former Treasurer Scott Morrison in the leadership spill with his wife Kirilly, his two young sons, Harry and Tom, and teenage daughter, Rebecca.

After losing the leadership ballot, a humbled Mr Dutton promised to support the new Prime Minister.

‘My course from here is to provide absolute loyalty to Scott Morrison, to make sure we that we win the election and defeat Bill Shorten and make sure he’s never prime minister,’ Mr Dutton said.

Mr Morrison’s first job will be to try to bring the warring factions together and present a united front to voters ahead of an election due before May 2019. 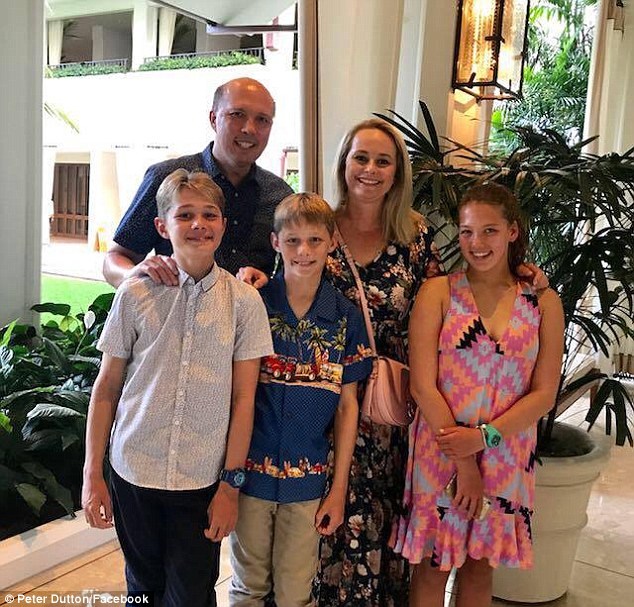 Peter Dutton is pictured with wife Kirilly, the couple’s two young sons, Harry and Tom, and daughter Rebecca from a previous relationship 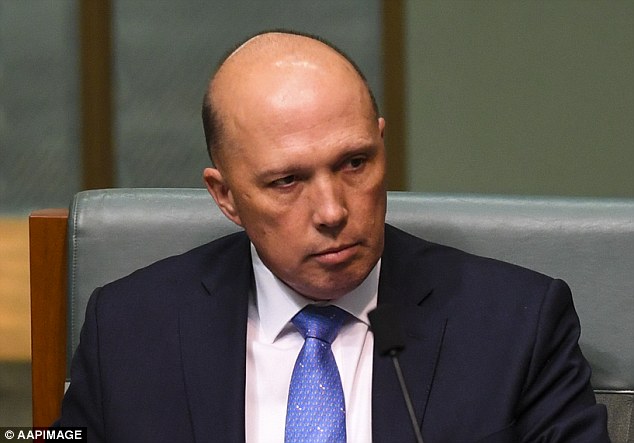 In a tumultuous and bitter week for Australian politics, Peter Dutton (pictured) on Friday lost to former Treasurer Scott Morrison