Peter Dutton has blamed Labor for undermining confidence in vaccines – singling out Queensland Premier Annastacia Palaszczuk for not taking the AstraZeneca jab.

The Minister for Defence exchanged strong words with the Deputy Leader of the Opposition Richard Marles on the Today Show on Friday morning over who is to blame for Australia’s slow rates of vaccine delivery.

The fierce confrontation came after Ms Palaszczuk revealed she and her health boss Jeannette Young had not yet been vaccinated against coronavirus.

‘I really don’t understand the Premier’s position. In a position of leadership it is important, particularly now, to demonstrate that leadership and to make sure that you lead by example,’ Mr Dutton said.

‘And the Premier and the Chief Medical Officer in Queensland have let Queenslanders down.

Peter Dutton blamed Labor for Australia’s lack of confidence in the Covid vaccine, claiming they have ‘undermined’ the government

‘They need to go out today, roll their sleeve up and make a very public statement about the fact that they have got the vaccine and encourage other people to do it.’

The Queensland Premier said she and her colleague had not yet taken the Covid vaccine because they were waiting to get their flu jab first.

Her delay in taking the vaccine came after a survey showed almost 30 per cent of Australians were not planning to get a vaccine, with some fearful of side effects such as blood clots, and others seeing no incentive as the government continues to ban international travel even for those who have been vaccinated.

Many over-50s were also spurning the Astra-Zeneca product and wanted to wait until they were permitted to use the Pfizer or Moderna jabs.

That reluctance was behind the slow uptake of vaccines, which was now emerging as the main cause of Australia’s low numbers of recipients rather than lack of availability.

The Sydney Morning Herald reported on Friday that thousands of AstraZeneca doses were going to wasted in government-run clinics, with one hub in south-west Sydney failing struggling to get even 50 appointments a day while holding thousands of doses.

Hesitancy about getting a Covid jab is likely to increase with regulators on Thursday uncovering six more cases of rare blood clots linked to the AstraZeneca vaccine.

Mr Marles also suggested the federal government’s health advice had not been clear during the vaccination rollout.

He referred to Health Minister Greg Hunt on Thursday encouraging people over 50 to get the AstraZeneca jab – but also giving them the option to wait until the end of the year for the Moderna vaccine.

‘It is deeply confusing. The truth of the matter is we need to get vaccinated as swiftly as possible,’ Mr Marles said.

Dutton fired back, claiming the vaccination advice was clear – but being undermined by the opposition. 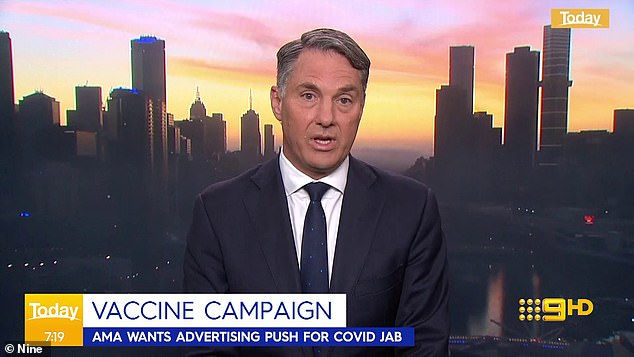 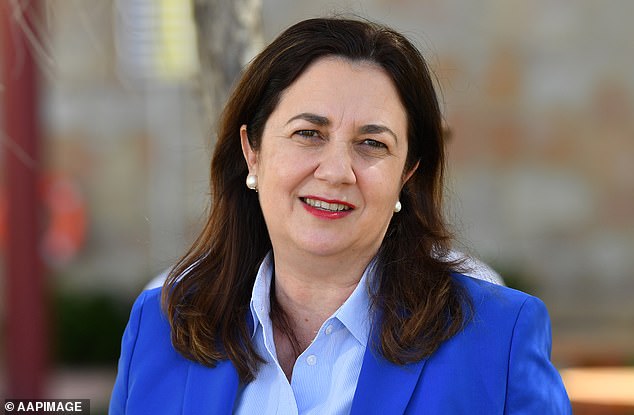 ‘If you are over 50, get vaccinated. Go and see your GP. Have the discussion if you have a hesitation.

‘Then Greg’s saying, yes, we have secured other doses and they will be rolled out between now and the end of the year.

‘It couldn’t get any clearer than that and that is exactly what he has done.

‘Richard comes out negative again this morning on the vaccine rollout. Labor has undermined this program from day one.’

Mr Dutton said political arguments over the vaccine delivery were contributing to a lack of public faith in the jabs.

‘You and Anthony Albanese coming out and bagging this every day has contributed to an undermining of the confidence, particularly for over 50s,’ Mr Dutton said.

Mr Marles said both he and Mr Albanese have received the AstraZeneca vaccine.

He said he takes issue with the government’s inability to roll out the program in an ‘effective’ way and their lacklustre messaging. 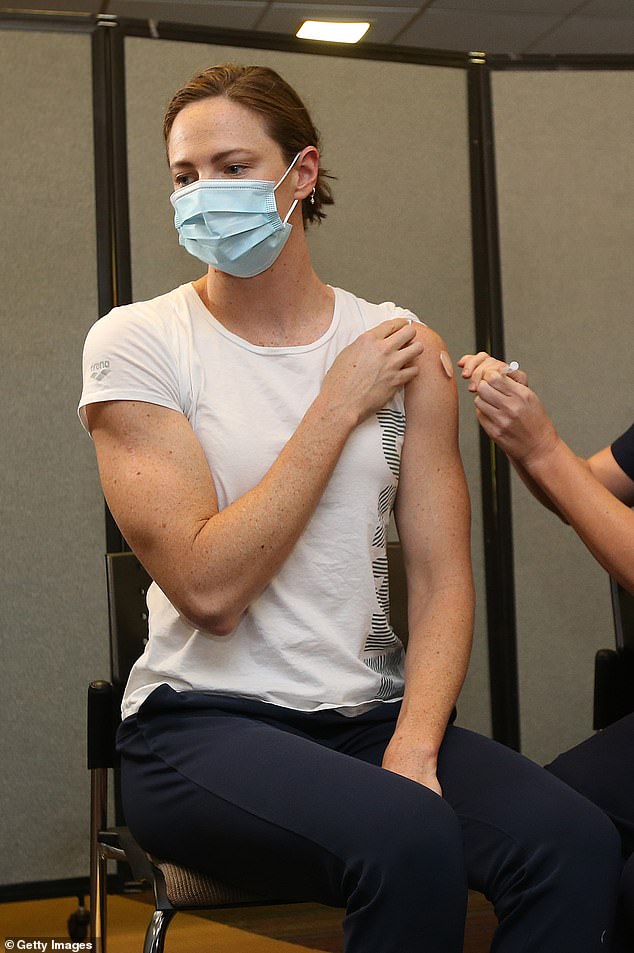 The debate comes as the government prepares a fresh campaign to urge older Australians to get vaccinated against Covid.

The federal government is under fire for the slowness of the vaccine rollout, with a concerning degree of hesitancy in the community.

Medical organisations are worried about the lack of urgency and fear the government’s messaging is falling flat.

The Australian Medical Association wants a more effective national strategy to motivate people who are in no rush to get their shots.

The prime minister said $40 million was being spent on advertising, focusing on those happy to get the jab.

‘We’ll continue to have the conversation with the rest of the population about their concerns they may have and the best place to have that discussion is with your GP,’ Scott Morrison told reporters in Melbourne.

‘There is more communications going into the elderly population and you’ll see that roll out in the weeks ahead.’

Mr Morrison zeroed in on concerns about the AstraZeneca jab, saying it had been safely administered to his wife, mother, mother-in-law, the health minister and department secretary.

‘This is a safe vaccine.’

Polling suggests one in three Australian adults are unlikely to seek out a vaccine.