Australia’s most senior government ministers have mixed views about whether the nation could fall into a second recession.

Treasurer Josh Frydenberg has warned a return to recession could be coming if the lockdown in Sydney and surrounding regions failed to contain a worsening coronavirus outbreak.

Defence Minister Peter Dutton, who is also a member of the federal budget razor gang, is more optimistic.

While Treasurer Josh Frydenberg warned a return to recession could be coming with Sydney’s worsening coronavirus outbreak, Defence Minister Peter Dutton was more optimistic on the matter

Mr Dutton replied ‘I don’t think so’ when asked whether Australia was heading towards another recession.

‘The underpinning of the Australian economy is pretty strong,’ he told the Nine Network on Friday.

Deputy Opposition Leader Richard Marles is hopeful the nation does not slide into an economic slump.

‘But the lockdown in Sydney is having a major impact on the economy,’ Mr Marles said. 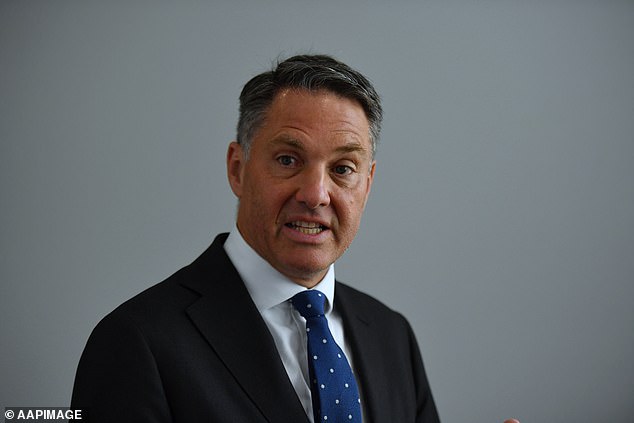 ‘It’s obviously our largest city, the lockdown is affecting those in Sydney, but it’s also affecting the whole country’s economy, so our fingers are crossed that we get through this.

‘But the point is until we get that level of vaccination up, until we get past being the land of the lockdown, we can’t be certain what the economic future is going to be.’

‘If you have huge outbreaks, as we’ve seen elsewhere around the world, you still get massive economic costs, even if there aren’t restrictions in place because people change their behaviour,’ he told Sky News. 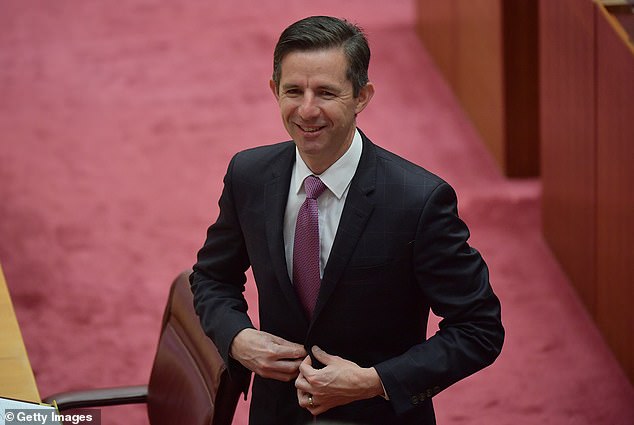 ‘We know that those huge outbreaks come with big mental health costs as people confront loss of life, serious sickness, and they still face the economic impacts because of those behavioural changes that people make.’

Senator Birmingham said it was important to reach a point where people had confidence to safely engage in the community without restrictions in place.

The nation bounced back strongly after last year’s lockdowns, but there are fears it could be harder to recover from Sydney’s ongoing restrictions.