Peter Dutton insists he has no regrets of his attempt to overthrow Prime Minister Malcolm Turnbull and take his job.

Despite finishing the frantic week with nothing more than his original, marginal seat, Mr Dutton stands by his decision to upheave the government and throw the nation into chaos.

The former Home Affairs Minister campaigned extensively to dethrone Mr Turnbull and take the top job for his own, and despite the spectacularly close showdown between he and Treasurer Scott Morrison swinging against him, his supporters insist their voices must be heard.

Some of Mr Dutton’s strongest supporters told News Corp Prime Minister Morrison should hope to appoint an appropriate amount of conservative minister’s to his cabinet.

Not doing so, they claim, could lead the Coalition to ‘descend into open warfare.’

Mr Dutton has been offered a seat in Mr Morrison’s ministry, however we are yet to see whether this offer is accepted. 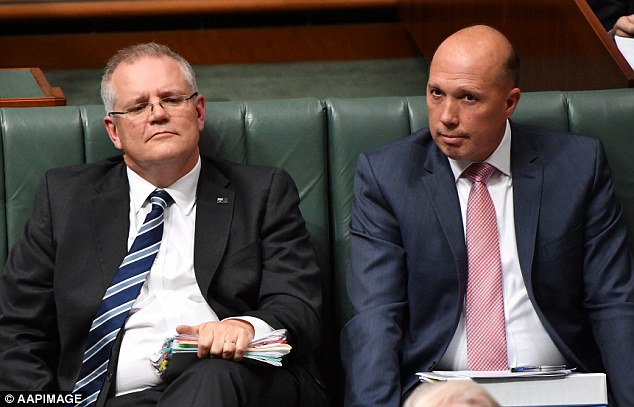 Mr Dutton has been offered a seat in Mr Morrison’s ministry, however we are yet to see whether this offer is accepted

Despite the threat, Mr Dutton appeared to accept his second loss of the week, describing the outcome of the coup as a turning point for the Liberal party.

‘I’m pleased that Scott Morrison has been elected prime minister – I think it’s a good day for our country,’ he told the ABC.

‘I think it’s a turning point and a healing point for the Liberal Party, I think we now look forward instead of back.’ 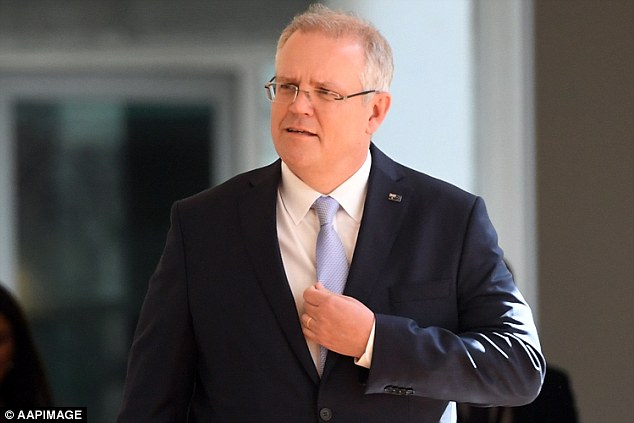 Mr Dutton said animosity and tensions were still a result of Mr Turnbull’s own coup against Tony Abbott in 2015.

However, he also acknowledged it was now all in the past.

Mr Dutton also brushed off criticism from the outgoing prime minister, who accused him of ‘deliberately attacking the government from within’.

‘I only nominated because I believe that I was a better person and a person of greater strength and integrity to lead the Liberal Party.’