A failure of surveillance has been blamed for a boatload of Vietnamese asylum seekers running aground in far north Queensland in the first people-smuggling operation to reach the Australian coast in almost four years.

The bright blue fishing boat came ashore near Cairns on Sunday, making it through Australia’s so-called border protection ‘ring of steel’, with those on board fleeing into crocodile-infested waters.

Despite confusion over whether the group who fled the boat were asylum seekers or illegal fishers, newly-reinstated Home Affairs Minister Peter Dutton said it was clear the vessel was part of a people-smuggling operation. 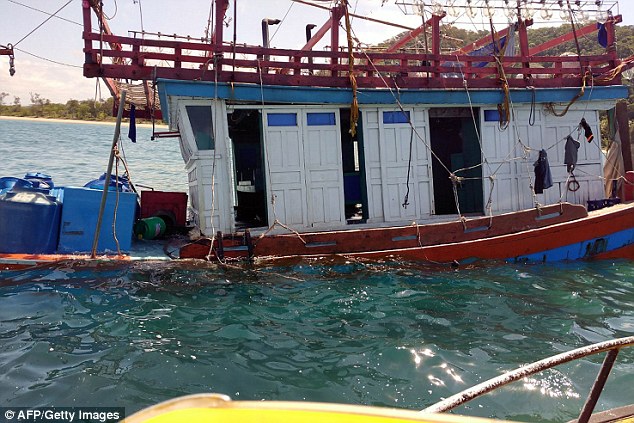 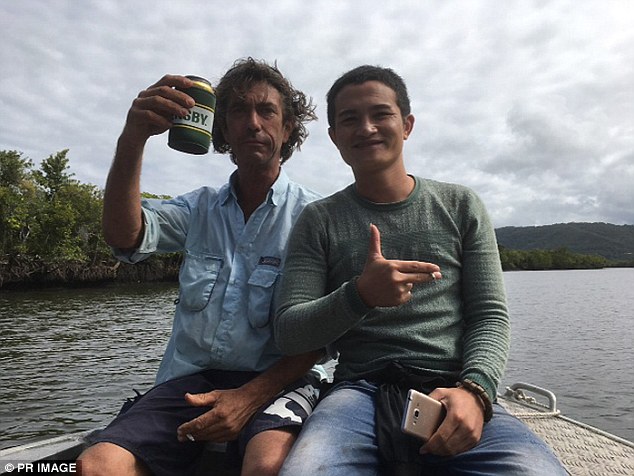 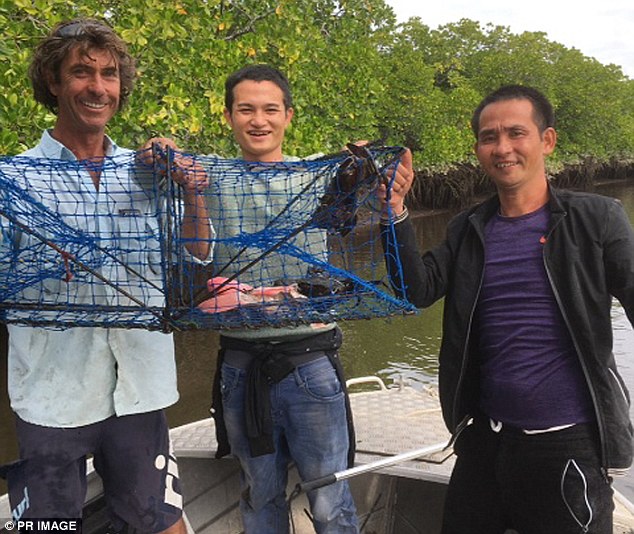 ‘We know that there are 14,000 people in Indonesia waiting to get onto boats now. We know that people will come out of Sri Lanka, out of Vietnam, out of the Middle East to hop on the boats,’ Mr Dutton said.

‘Clearly there’s been a failing when surveillance has not worked as it should in identifying this vessel or allowing this vessel to get as close to the coastline as it has, but we’ll work through all of that.’

Authorities have captured 15 of the asylum seekers and are still searching for anywhere between two and 17 still on the run in the Daintree rainforest.

Those captured so far have been flown to a Darwin detention centre from where they will be transferred back to Vietnam.

Colin Patterson, a commercial angler who towed the vessel to deeper water, said the ship had been deliberately run aground. 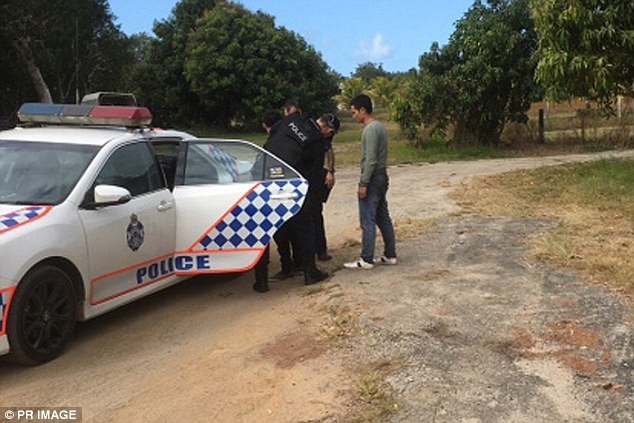 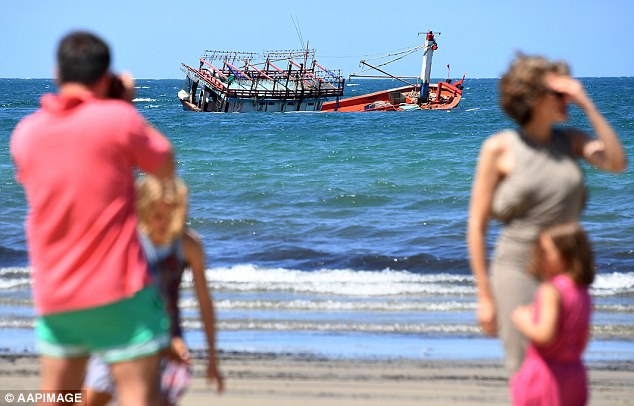 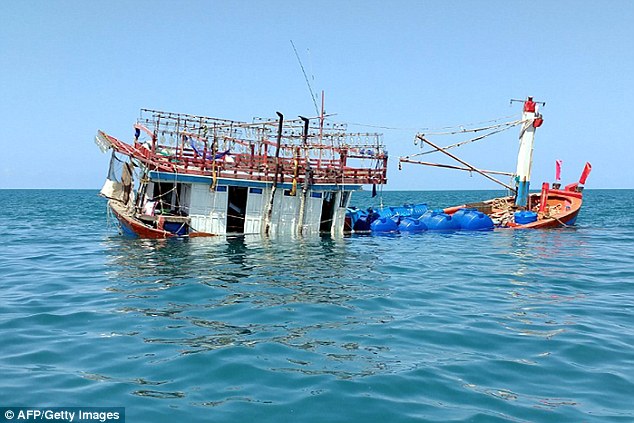 ‘It’s pretty shocking for Border Force that it can get all the way around the tip of Australia and down the east coast without being spotted,’ Mr Patterson told Newscorp.

‘This was not an ordinary Indonesian fishing boat … it was set up purely as a people smuggling boat.’

One Nation leader Pauline Hanson suggested those on the boat may have headed for Australia as a result of last week’s leadership crisis in Canberra.

‘Because the eye was off the ball last week, and the news would have happened that Malcolm Turnbull was no longer prime minister, that these people would have got on a boat to come across to Australia,’ she told the Seven Network on Monday.

‘We have thriving croc spotting operations all up and down the river,’ Douglas Shire Mayor Julia Leu told AAP on Monday. 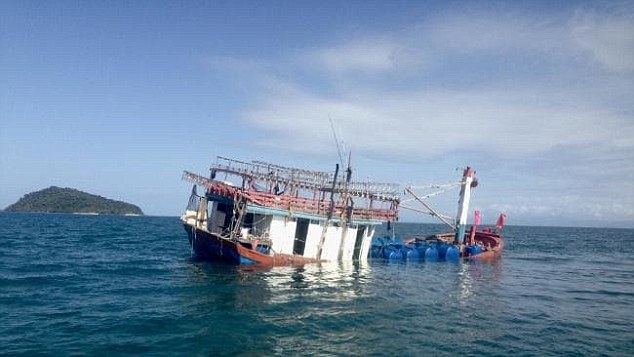 MP George Christensen was among several federal MPs calling out the government for not doing enough to secure the nation’s borders.

‘Qld borders need to be made more secure esp (especially) given proximity of PNG & Indonesia, considering level of radical Islamism in Indonesia, Malaysia & Philippines,’ he tweeted.

‘With Peter Dutton back as Home Affairs Minister, I suspect this incursion will be dealt with swiftly and that there will be more focus on border security in North Queensland,’ he later posted to Facebook.

‘This boat arrival falls squarely at the feet of PM Scott Morrison,’ he tweeted. 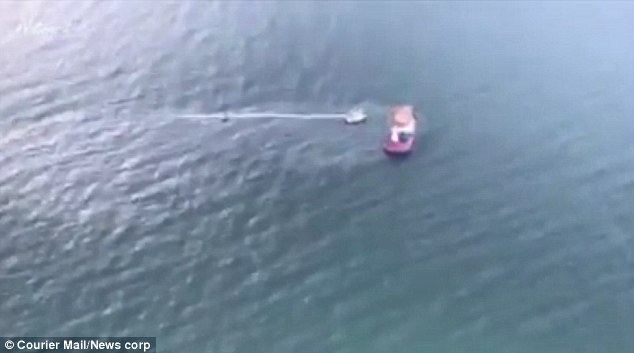 ‘Unlike the chaos and division inside the Government that has put the security of Australia’s borders at risk, Labor is a united team.’

Paramedics in Mossman treated two people in custody for fever and chills while another three were assessed.

ABF told Senate Estimates in April the last people smuggling venture under the Operation Sovereign Borders construct to reach Australia was in July 2014.

A Sri Lankan man came to Australia alone in November that year in the last documented boat arrival.