Mr Dutton went on the offensive in an early morning interview on Nine’s Today show when he went head to head with Labour deputy leader Richard Marles.

But when host Aly Langdon asked the defence chief to say something nice to Mr Marles, Mr Dutton quipped: ‘You’re a loyal deputy to a completely hopeless leader.’

He claimed Mr Albanese had made 20 gaffes during the election campaign, but said Mr Marles had managed to stop himself from laughing at them.

And he added: ‘That is a real quality…but you know Albo is not up to it.’

Mr Dutton is tipped to be among the frontrunners to lead the Coalition if it loses Saturday’s election, but the defence minister insisted the result would be close. 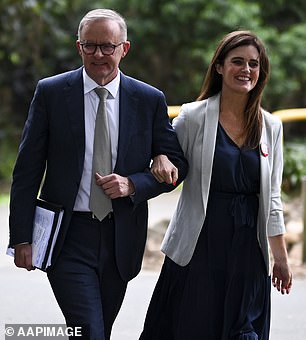 ‘I think it is incredibly tight,’ he said. ‘There is a good mood on the ground as you move around pre-polling.

I think there are some Labor seats where there are members that haven’t worked for their local communities and I think you will see an upset in a few of those tomorrow.

‘But every vote counts. It is incredibly tight and I think for the sake of our country, we need the continuity that this government is able to provide.’

He added: ‘Anthony Albanese made 20 separate gaffes over the course of this campaign.

‘I think the penny has dropped for a lot of Australians – they realise that he’s just not ready to be Prime Minister of our country.’ 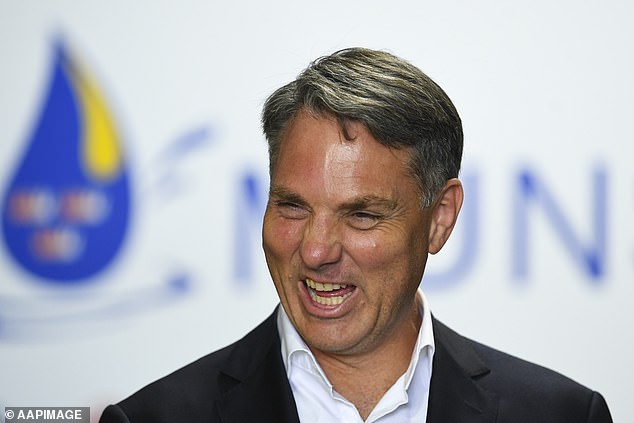 Labor deputy leader Richard Marles admitted that away from parliament, his ‘dirty secret’ he said, was that he was actually good personal friends with Peter Dutton

Mr Marles hit back: ‘He just pulled a number out of his butt, let’s be clear about that!

‘That is ridiculous! He does that constantly…’

The Labor powerbroker admitted that away from parliament, his ‘dirty secret’ he said, was that he was actually good personal friends with Mr Dutton.

But he added: ‘Peter has terrible politics. I really hope that he loses.’