Have you ever had a bird trapped in your house, and tried to urge it towards the open window? And then watched in growing exasperation as the panicked creature dashed itself against walls and furniture, seemingly determined to go every way but the right one?

It is much the same watching our Government trying to work out how to get out of the European Union while not bankrupting the country, and while gaining more control over our borders.

For months it has been flapping and squawking, and also making a nasty mess, as it doggedly refuses to find the obvious way out. Last week’s gibberish documents, more or less laughed at by the EU, were only the latest proof of this.

So to David Davis and Liam Fox and Philip Hammond, may I suggest what is known as the Norway Option? You are all blundering around as if you’ve never even heard of it. Yet it answers all major questions.

It does not require long years of detailed negotiation. We can lift it off the shelf, take it out of the box, and switch it on. It will work straight away.

It doesn’t get us completely out of the clutches of the EU. We’d still have to pay some money every year (nothing like as much as now) and accept their regulations when we traded with them, which is reasonable. But we can, if we wish, govern ourselves in all other matters.

Remember, the vote to leave the EU was a narrow one. It was a clear vote to leave, but it was not a huge, overwhelming demand for some kind of wild triumphalist leap in the dark. ‘In victory, magnanimity’ is a good rule, set out by the Leave campaign’s hero, Winston Churchill. It means that you treat your defeated opponents with courtesy and generosity, seeking to win them over to your position, not trampling on them. 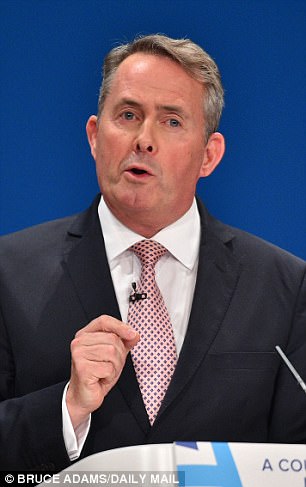 So to David Davis and Liam Fox and Philip Hammond, may I suggest what is known as the Norway Option?

There’s another side to this. What if our exit from the EU goes wrong because arrogant Leavers won’t compromise? What if the scare stories turn out to have some truth in them? What if, the day after we leave, the lorries back up in Ireland and at Dover for hundreds of miles, waiting for the endless bureaucratic procedures the EU must by international law impose on ‘third countries’ as we will then have become? The arrogant Remainers will then take their revenge, all the more bitter because the arrogant Leavers have been so scornful.

I don’t think it’s impossible if, in such a crisis, with jobs vanishing by the day, the pound shrivelling away and the economy going down the plumbing, the Government would fall. A new government could then be elected, pledged to seek immediate re-entry to the EU, on any terms we could get. A fine victory that would be, not least because we would almost certainly be compelled to abolish sterling and join the euro as the price of our humiliating surrender.

So, noisy militants, consider that your noisy militancy may get you the exact opposite of what you claim to want.

By choosing instead to stay in the European Economic Area (EEA), we can leave the EU, make our own trade deals with non-EU countries, but stay in the single market. This (not the quite different Customs Union) is what allows us to have friction-free trade through the Channel Tunnel and across the Irish border. And no, it doesn’t force us to accept ‘free movement’.

EEA members are allowed to activate Article 112 of the EEA agreement, the so-called ’emergency brake’. Under this rule, tiny Liechtenstein has effectively managed to suspend ‘freedom of movement’ indefinitely, and operate its own quota system.

This is a precedent which Britain, with far more clout, can and should follow. The window is open.

Before anyone knew anything about any details of the Barcelona killings, all media had decided it was a terrorist attack.

They had also plastered it all over the top of every bulletin and every newspaper. Why do we do this? As I don’t know the full facts, I accept that the culprits of the Barcelona massacre may turn out to be active and engaged terrorists, quite sane and acting under the orders of an Islamist high command. 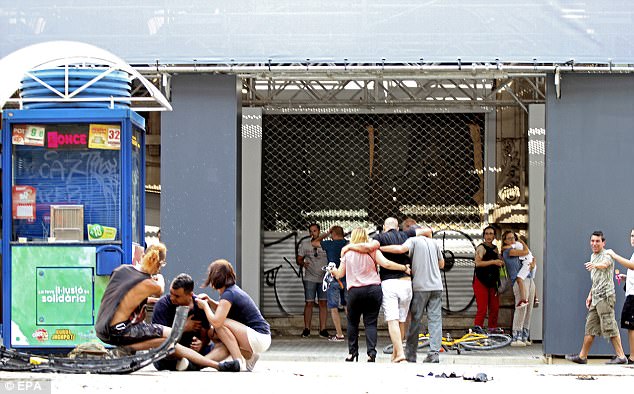 We cannot ban cars or vans. We cannot put obstacles on every major street in every city

But I should add that it is at least equally likely that, like the culprits of the Nice, Berlin and London attacks, they will turn out to be petty criminal losers with a history of violence and longstanding drug habits, unconnected to any organisation.

I have looked into all these past assassins. That is what they were, despite vigorous attempts by securocrats (and their media mouthpieces) to give them a serious purpose. Something similar, by the way, is true of the alleged culprit of the car attack in Charlottesville – a troubled army reject who was (and probably still is) on potent antipsychotic drugs after being diagnosed with serious mental illness, though you’d need a microscope to find any mention of this fact in most of the coverage.

What purpose do we serve by leaping to conclusions as we do? Any deranged fantasist with access to a motor vehicle now knows that all he needs to do is drive that vehicle at speed into a crowd of pedestrians, and he will achieve the ghastly fame that all such people desire.

We cannot ban cars or vans. We cannot put obstacles on every major street in every city.

The more we portray these events as big and significant, the more they happen. The more we say we’re not going to let them change our way of life, the more we load ourselves with futile ‘security’ measures. And the more we ignore drug-taking in our society, the more unhinged people we have on our streets.

Sorry Charlize, but it’s my turn to put the boot in

I love Berlin, and enjoyed the Cold War there. I remember when the Wall was a real thing, and the astonishing melodrama of slipping through it, from one world to another. The East even smelled different from the West. So I had some faint hope that Atomic Blonde, a spy thriller set in Berlin in the last days before the fall of that Wall, would be worth seeing. But nobody seems to want to make proper, serious thrillers any more. 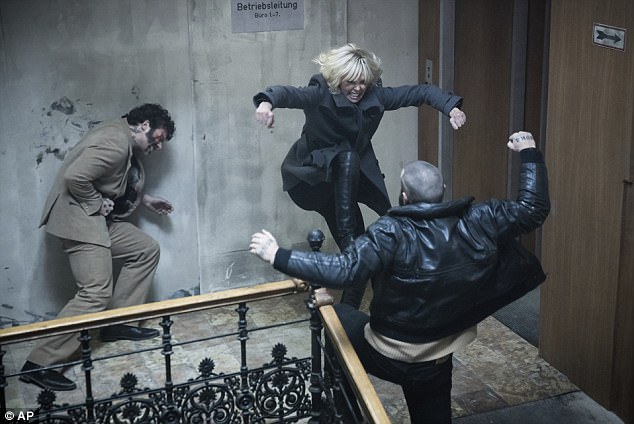 The film is mainly a very long cigarette advertisement, in which Charlize Theron smokes all the time, except when she is under water. She swears a lot, too. So does everyone.

The ultra-violence is like a strip cartoon. At one point it became so overdone that, as the characters lurched like zombies towards each other for yet another kicking, I couldn’t help laughing. Maybe I was meant to.

It has no idea how people talked or dressed in the Eighties, nor any grasp of what Berlin felt like in those extraordinary times. Why can we not make intelligent films about this era, like the wonderful story of a Stasi agent with a conscience, The Lives Of Others?