Peter Jackson: ‘My existence is owed to a German machine gunner’

If it hadn’t been for one random shot during World War One, film director Peter Jackson might never have made his Hobbit films or won a clutch of awards for his Lord of the Rings trilogy.

His grandfather William, who fought alongside JRR Tolkien during the war, was seriously injured during the conflict. He returned to Britain, married wife Harriet and had five sons including Jackson’s father William. ‘So, I know my existence is owed to a German machine gunner,’ he quipped.

‘If that German machine gunner hadn’t hit my grandfather on that day, I wouldn’t be alive now. It’s weird. I wish I knew who he was. I would buy his family a bottle of Schnapps.’ 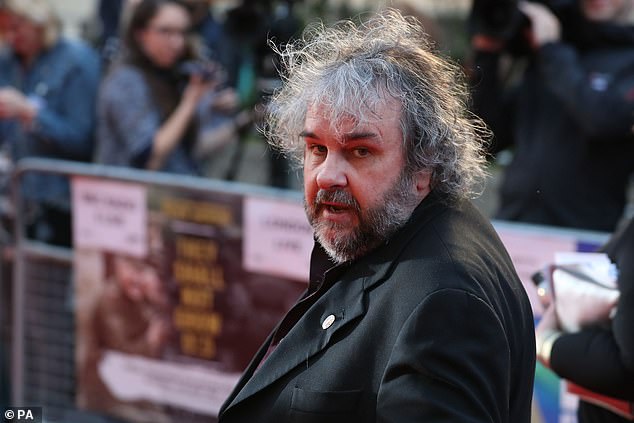 Peter Jackson, pictured, was inspired by his grandfather William to produce a state-of-the art movie on the First World War by using

Jackson’s lifelong interest in the First World War stems from his grandfather, who joined the 2nd Battalion South Wales Borderers in 1910 and went on to fight at Tsingtao, Gallipoli, the Somme, Passchendaele, Cambrai.

Tolkien joined the Lancashire Fusiliers in 1915, sent to relieve the Borderers, and fought in the Battle of the Somme before he was invalided out with trench foot.

Jackson, 52, never met his grandfather, who won a Distinguished Conduct Medal at Gallipoli – the treasured medal is kept in a brass tin, stamped with the head of Queen Mary.

But he remembers hearing stories about the man, whose health deteriorated before he died in 1940 at the age of 51. In fact, it was down to his grandfather, who fought with the Anzacs at Gallipoli, that his father, also William, emigrated to New Zealand after World War II. 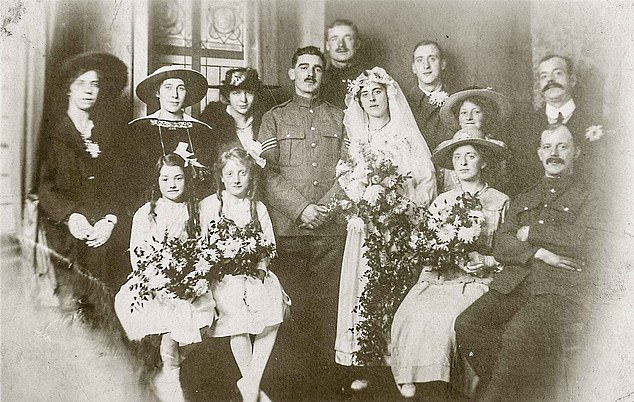 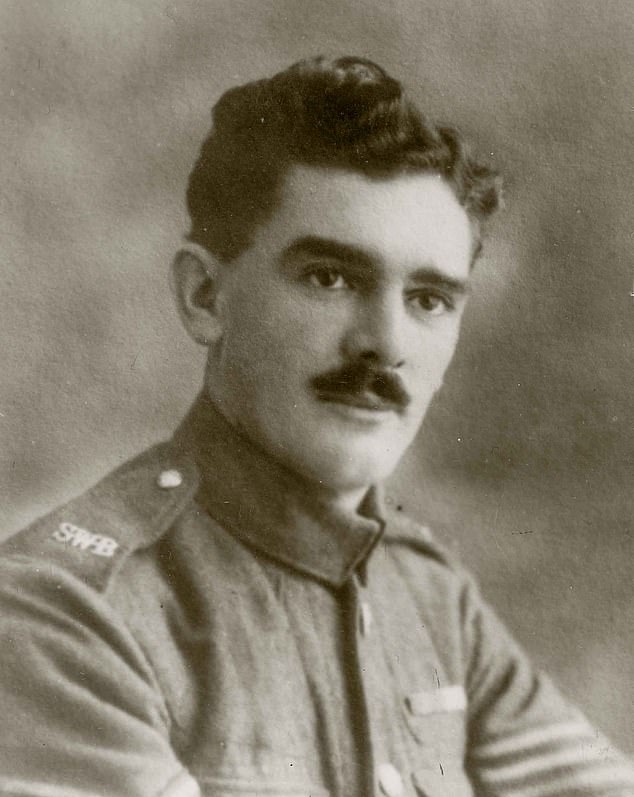 Learning about William Jackson, pictured inspired his grandson Peter to research the conflict

‘As a ten-year-old, my Dad had to carry him up the stairs on his back.’ he told the Sunday Times recently. ‘My father said it was because of him being in the trenches, up to his waist in freezing water, for so long,’

It was his grandfather, who partly inspired Jackson’s documentary Thou Shall Not Grow Old, which was premiered at last month’s London Film Festival in front of Prince William and is screened tonight on BBC1 to celebrate the centenary of Armistice Day.

The director, who won 17 Oscars for his Lord of the Rings trilogy, which grossed more than £1.8 billion, created the film using original footage from Imperial War Museums’ film archive and audio from BBC archives. He colourised the footage, converted it to 3D and transformed it with modern production techniques.

‘I wanted to reach through the fog of time and pull these men into the modern world,’ he said, ‘so they can regain their humanity once more – rather than be seen only as Charlie Chaplin-type figures in the vintage archive film. By using our computing power to erase the technical limitations of 100-year-old cinema, we can see and hear the Great War as they experienced it.’ 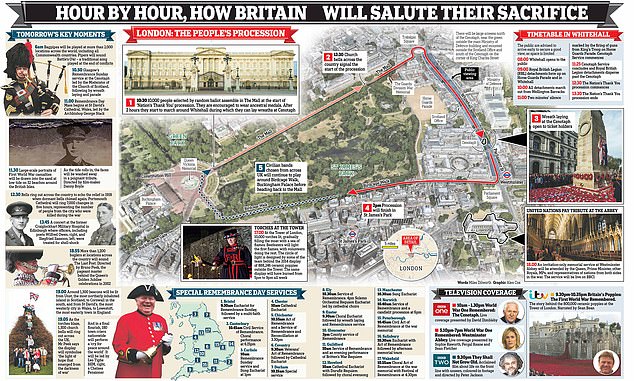 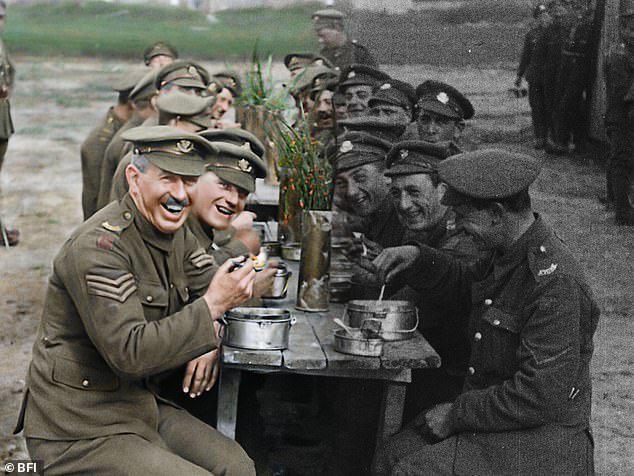 Jackson was interviewed by the BBC about his grandfather in a behind-the-scenes documentary, which followed him over the course of a year while making of his film.

‘My grandfather William Jackson was in the The South Wales Borderers and he was in the British Army from 1910,’ he added. ‘He was a professional soldier in the 29th Division.

‘He was in one of the very first engagements of the First World War in 1914, one of the very first British soldiers to go into combat. The shame for me is that they’ve got about 40 films in the regiment and the South Wales Borderers aren’t there. Otherwise I would see my grandfather, which I was hoping, but they didn’t do every single one.

‘I went to The South Wales Borderers Museum in the Brecon Beacons in the UK and they very kindly let me go through their photo archives. I found a shot of the British troops in the trenches and my grandfather standing there with a cigarette in his mouth. He’s got this James Dean pose and he looks really cool.’

Thou Shall Not Grow Old is screened at 9.30 pm tomorrow on BBC2. What Do Artists Do All Day? Peter Jackson is aired at 7.30pm on Monday on BBC4.