The father of the family attacked by a homeless man they had tried to help has given an astonishing account of his fight with the knifeman who killed his wife and son.

Peter Wilkinson was out walking the dog when Aaron Barley snuck into his home in Stourbridge, West Midlands and murdered Tracy Wilkinson and her son Pierce, 13.

The family had attempted to help Barley after Mrs Wilkinson saw him begging outside a local Tesco store.

But – after they stopped paying for his phone which they had covered the cost of – he returned to their home and unleashed a savage knife attack.

Peter Wilkinson, pictured with his daughter Lydia, had told how he grappled with double killer Aaron Barley after the homeless man murdered his wife and son 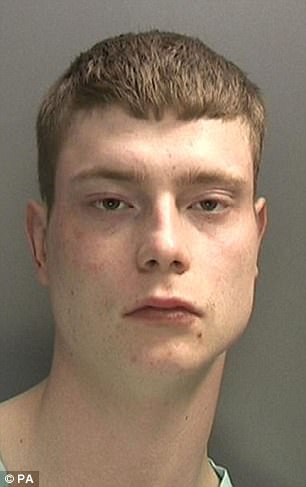 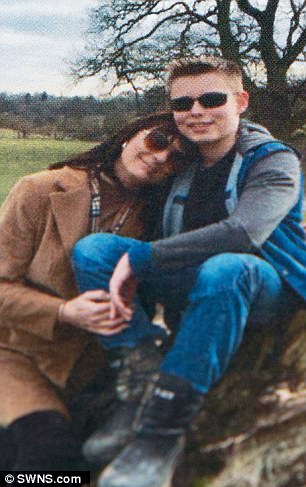 Speaking about the incident before Barley admitted the crimes today,  Mr Wilkinson said he has a clear recollection of returning home after his early morning walk to be confronted by Barley.

‘I did my normal thing of going out to take the dog for a walk,’ Mr Wilkinson said.

‘I came back and I can remember looking through the window at the back door of the house, thinking that everybody must have overslept because nobody was up.

‘I opened the back door and, as I did it, he jumped out from behind a wall in the kitchen, all dressed in black, with a big knife held over his head and started stabbing me with it.’

Although Mr Wilkinson feared Barley would continue his onslaught, he instead heard the sound of his 4×4 being driven off the property’s gravel drive. 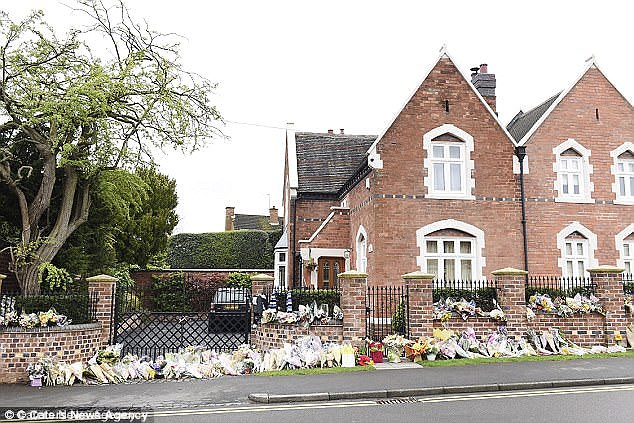 ‘You have obliterated my life’, daughter tells killer in court

Mrs Wilkinson’s daughter Lydia Wilkinson ignored Barley as she read her statement to the court today.

He appeared to try to catch her eye as she walked to the witness stand, but then stared at the floor as she began.

Lydia said: ‘To lose my mum and brother to such a heinous crime is simply indescribable.

‘At the age of 19 I am facing life without my best friend and the young brother I swore to protect.

‘I have no reason to believe I would be here now if I had been at home.

‘You have obliterated my life and murdered half my family. For that I will never forgive you.’

Mr Wilkinson added: ‘I think I was on the lawn at this time.

‘I got up, went into the kitchen and phoned the emergency services, at the time not thinking I was too badly injured.

‘Then I remember looking around and seeing this huge trail of blood across the floor, which was my blood. I then went back out into the back garden, sat in a chair and I remember talking to the person on the other end of the phone and realising that I was actually dying.

‘The next thing I remember is ambulances turning up and I can remember hearing helicopters overhead and the police arrived.

‘An ambulance man tended to me immediately. I remember him jabbing something into me, which is probably what kept me alive.

‘I also remember telling the other ambulance men to go into the house. I remember vividly one coming out behind me and saying ‘One deceased and one in cardiac arrest’. I knew at that point that I had most likely lost Tracey and Pierce.’

Still believing he was going to die, Mr Wilkinson was taken by ambulance to the Queen Elizabeth Hospital in Birmingham, where he was given a general anaesthetic and treated for his wounds. 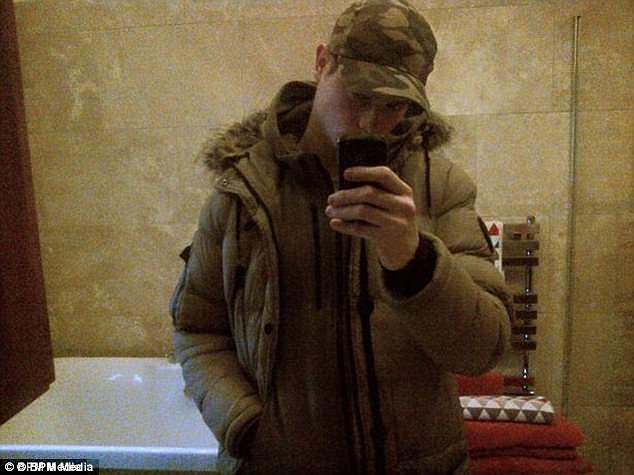 Explaining that Barley, whose parents died when he was young, was believed to have given no account of the attack to police, Mr Wilkinson added: ‘There’s no motive, there is no explanation.

‘And he decided that because his life was going bad ways, he was going to take it out on the people that had cared and looked after him.’

Mr Wilkinson explained how his wife met the homeless 24-year-old outside a supermarket in March last year and took it upon herself to try to help him.

Mr Wilkinson said: ‘She was shopping one day at Tesco in Stourbridge and she came out and Aaron was keeping warm in a cardboard box, and she was taken aback by this and decided off the cuff that she wanted to help him.

‘She took him in her car to Dudley Council to get help and from that point he lived in a hostel for a few days, organised by my wife.

‘Even though he was in a hostel, he had no money and food, so Tracey would organise breakfast and dinner for him every day, be it at our house or somewhere else.’ 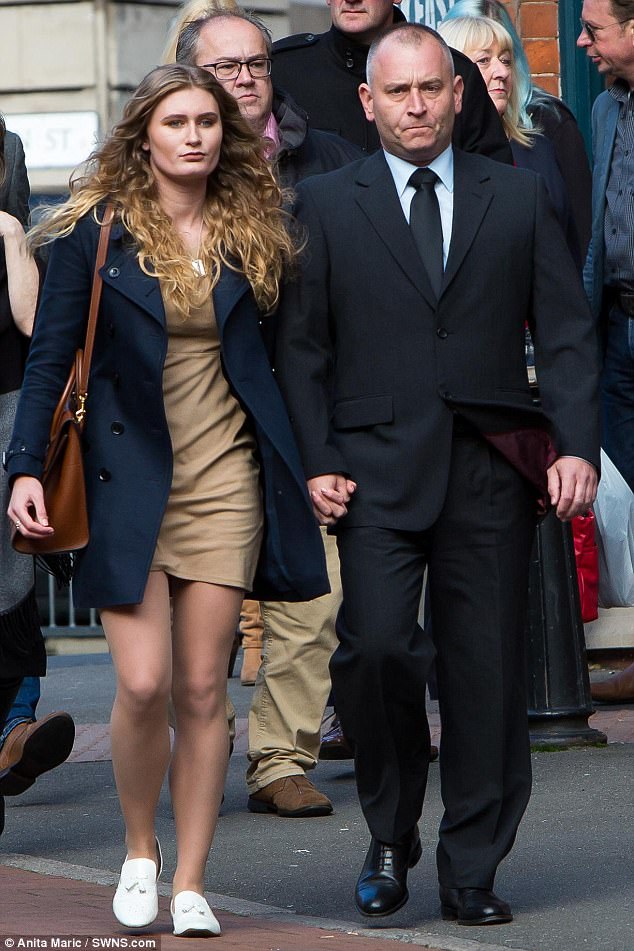 Mr Wilkinson has detailed memories of conversations with Barley, including one over an evening dinner at his family home.

He said: ‘I just tried to get a feeling of what he felt and what he wanted in life.

‘We decided that we would like to help him, so I employed him at one of the businesses that I run down in Newport in South Wales.’

However, Barley, who lived in Newport after taking up the job as a general labourer in April last year, went off the rails in September and left on apparently amicable terms.

Mr Wilkinson recalled: ‘He started taking drugs and, as a business, we had to let him go.’ 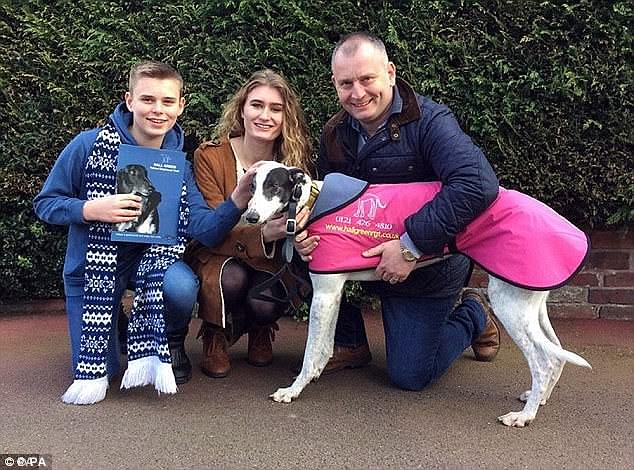 Mr Wilkinson with his daughter and the son he lost in the attack. He said his family has been ‘shattered’

After Barley returned to the West Midlands, he had no contact with the Wilkinsons until early November when he was found asleep on their driveway.

Speaking of Barley’s return to their home, Mr Wilkinson added: ‘I believe he’d been on the streets and had been badly beaten. My wife, being the compassionate soul that she was, decided that as a family we should help him again. I got him up and made him some tea.

‘In a similar vein to what we had done last time, we managed to get accommodation for him. We paid for some accommodation ourselves for him.

‘My wife wouldn’t see him back on the streets, so over the next couple of weeks we managed to get council accommodation sorted.

‘He would do general jobs for us, for other members of my family as well, in order to earn some pocket money for food and cigarettes. He was generally very grateful.’

Explaining that Barley spent Christmas Day with his family, staying for lunch, Mr Wilkinson said: ‘I remember he wrote my wife a card saying ‘To the mother that I never had’.’

‘I was preparing for a triple funeral. Then dad pulled through’: Astonishing bravery of daughter who found out her mother and brother had been killed on GOOGLE 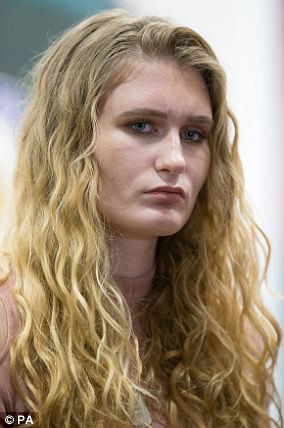 Lydia Wilkinson was faced with the prospect of planning a triple funeral alone as she feared her father would die from his injuries in the days after he was stabbed.

The 19-year-old student had been due to return to Stourbridge to see her family a day after the senseless murder of her mother and brother – but instead found herself rushing to Birmingham’s Queen Elizabeth Hospital.

The biology student, who recently began her second year of studies at Bristol University, was told to expect the worst after arriving at her father’s bedside and seeing him under sedation.

Miss Wilkinson arrived at the hospital at about 5pm, around three hours after she learned her mother and brother had died.

‘They took me to critical care and that was the first time I saw my dad – with countless machines hooked up to him, a lot of doctors around his bed,’ she said in a media interview organised through West Midlands Police.

‘I remember thinking at that point in time that I was going to lose him as well because nobody could survive that state.’

‘I was told that my dad was still in theatre when I found out (about the stabbings) because I found out from my boyfriend ringing me to check if my family were OK.’ 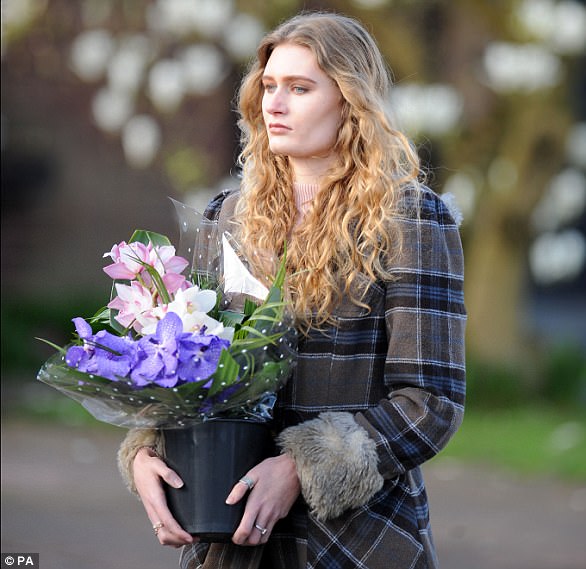 Recounting how she found out initial details of what had happened at around 10.30am on March 30, Miss Wilkinson said: ‘I remember typing into Google ‘Stourbridge, stabbings’.

‘The first link showed a photo of my house with police tape around it.

‘I remember ringing my boyfriend back and saying, ‘It’s me, it’s us, they’ve been stabbed’.

‘I then proceeded to go into a friend’s room, where we called the police and asked if this was real or not, if it was me.

‘They sent over officers to my halls of residence in Bristol. My phone was taken off me so that I couldn’t find out online.

‘They said, ‘We are very sorry to tell you that your mum and brother have passed away and your dad is in theatre and we don’t know whether he will survive or not, we have had no news’.’ 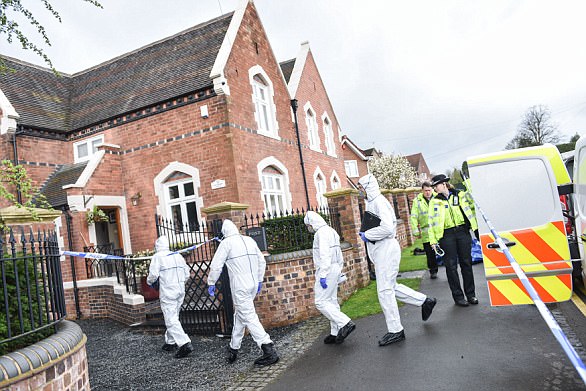 She said of her father: ‘I thought he was going to pass away that night.

‘I knew there was nothing I could do to help my mum and Pierce as they had tragically passed away, so my sole focus at that moment in time was my dad, because he was the only thing I had left in life.

‘And if I didn’t have him then I was going to be completely on my own and there was nothing I could do about it.

‘So I stayed with him for a long time. I remember the doctors said that he was under heavy sedation and wouldn’t come round.

‘But I held his hand much like I am doing now and said that I was there and he opened his eyes and looked at me and then went back unconscious.

‘He woke up later on that evening, just as I had gone back to my boyfriend’s house, who I stayed with for a few weeks.

‘I remember coming back in the car from Bristol to the Queen Elizabeth. I was planning a triple funeral and how I was going to go about that on my own.

‘And from that moment on when he started to come round, I did start to hope that he was going to be OK.

‘There were ups and down over the next few days but I didn’t truly believe he was going to make it until maybe the third or fourth day.’