A petition opposing Prime Minister Boris Johnson’s decision to suspend Parliament for a month in the run-up to the planned Brexit date of October 31 gained more than 800,000 signatures just hours after the announcement.

Johnson set October 14 for the formal state opening of a new session of parliament that is preceded by a suspension of the House of Commons, effectively shutting parliament from mid-September and limiting its ability to delay Brexit.

He has pledged to take Britain out of the European Union, even if this means leaving without a transition deal.

The petition on the Parliament’s website reached 800,000 signatures at 8.45pm this evening, easily exceeding the threshold of 100,000 which triggers a largely symbolic parliamentary debate.

A petition earlier this year calling for Brexit to be stopped gained a record 6.1 million signatures. 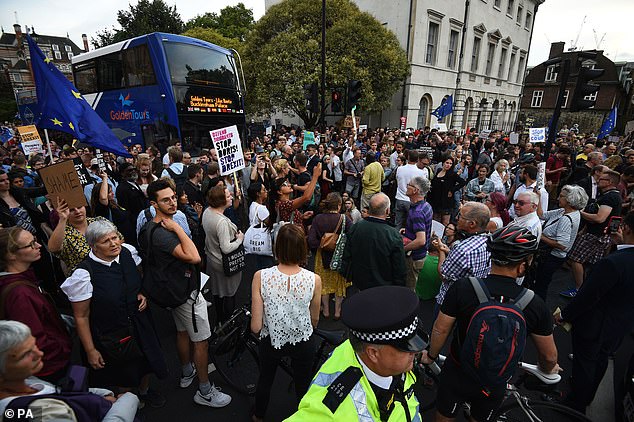 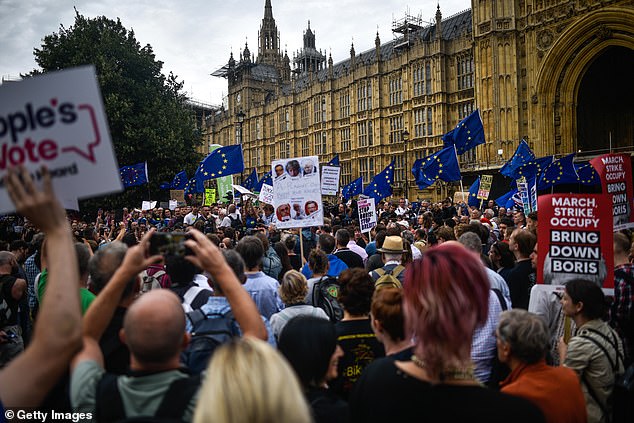 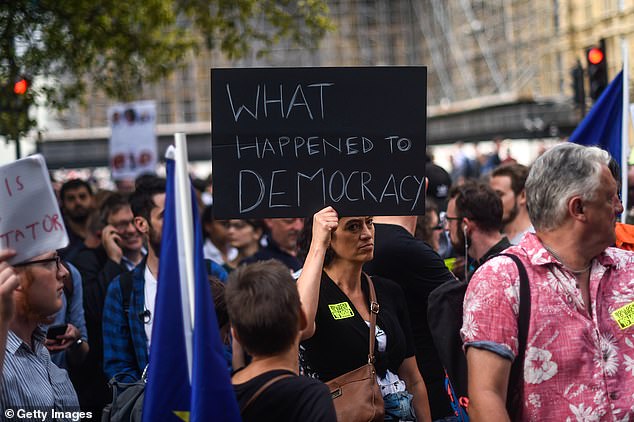 Protesters branded the suspension of Parliament undemocratic this afternoon as they gathered in Westminster, central London 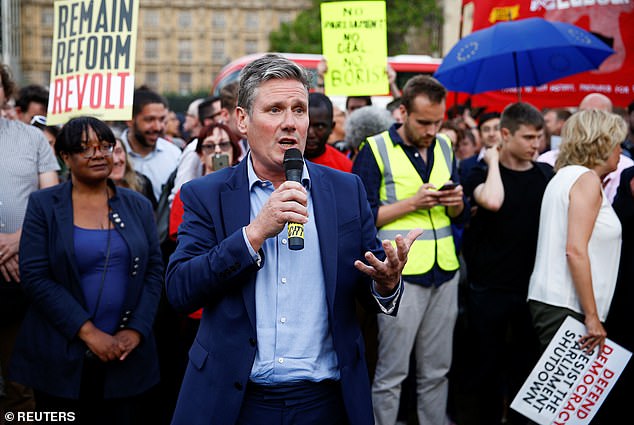 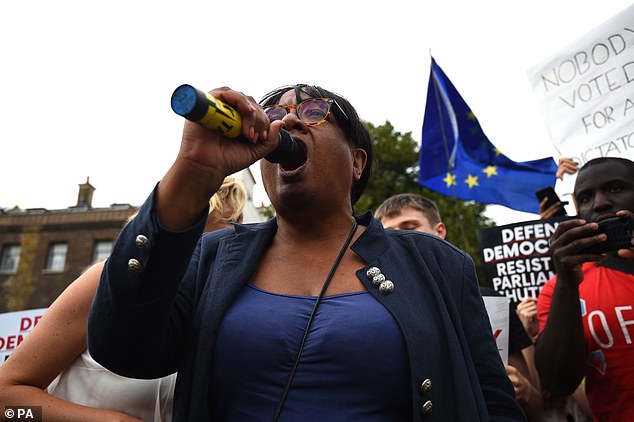 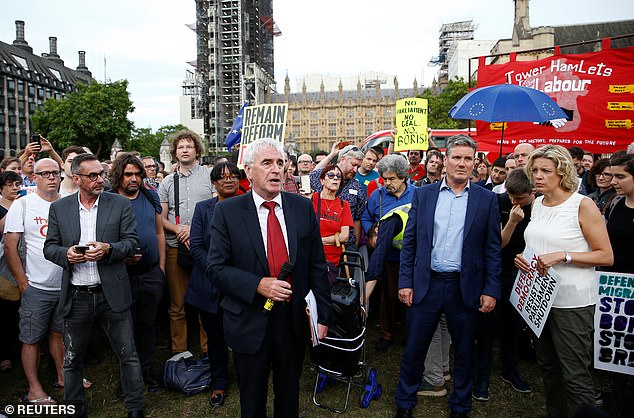 But this did nothing to shift the government’s view that it needs to implement the result of the 2016 Brexit referendum, in which Britons voted to leave the EU by a margin of 17.4 million to 16.1 million.

A YouGov opinion poll published earlier on Wednesday showed Britons opposed Johnson’s plan to ‘prorogue’ or suspend parliament by a margin of 47 per cent to 27 per cent, with 26 per cent of the 5,734 adults surveyed not expressing a view.