Petra Kvitova progressed to her first ever Australian Open final on Thursday by ending the remarkable run of Danielle Collins in Melbourne.

No 8 seed Kvitova, playing in just her second semi-final here, was not at her brilliant best in the first set but delivered the goods when needed to seal a 7-6, 6-0 victory.

Unseeded US college star Collins, who before this tournament had never progressed beyond the first round of a Grand Slam, settled quicker in the intense Melbourne heat and was the first player to break serve. 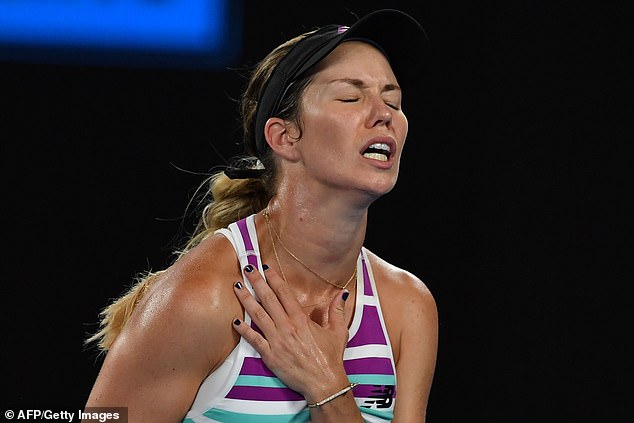 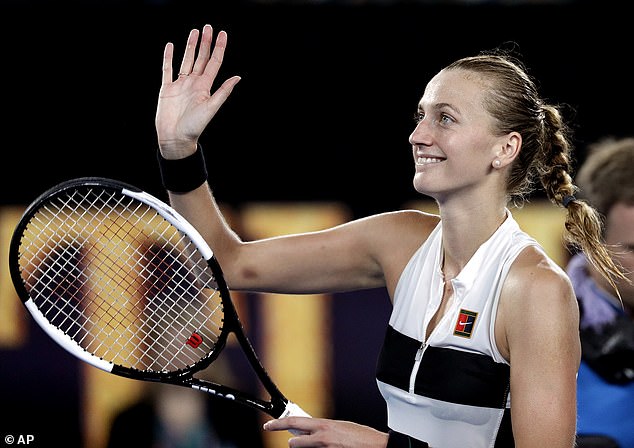 No 8 seed Kvitova waved to her supporters after wrapping up a 7-6, 6-0 victory in 94 minutes 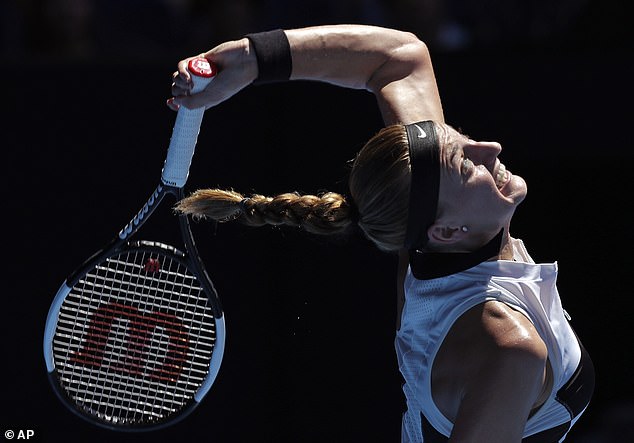 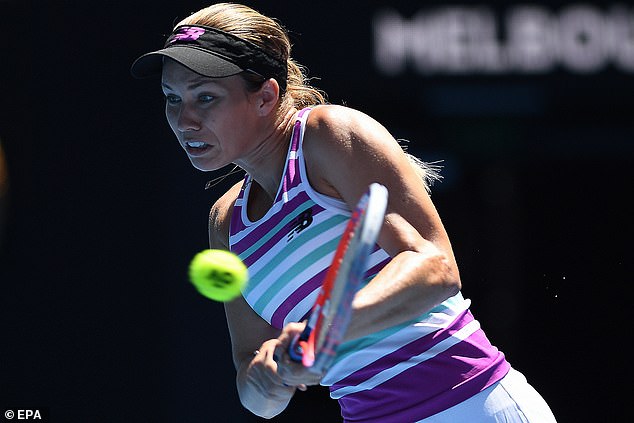 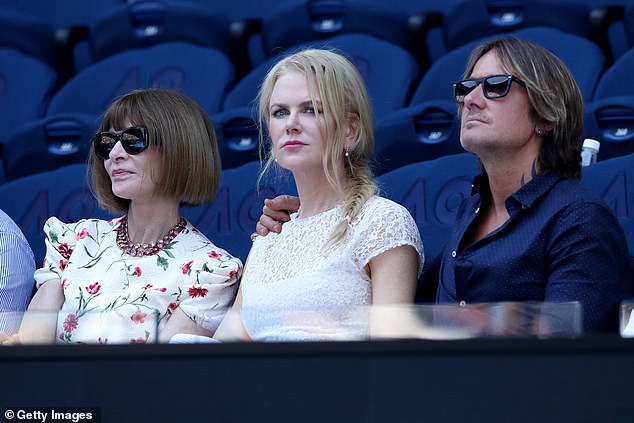 But Kvitova hit back before, with the score tied at 4-4 in the first set, play was suspended while the roof over Rod Laver Arena was closed due to the heat policy. The announcement from umpire Carlos Ramos was cheered by sweaty fans who had been baking in the afternoon sun.

Despite the hot weather, Kvitova kept her cool in the first-set tie-break, which she bossed to win 7-2.

After taking the opener in a one-sided breaker, the momentum was with Kvitova, while Collins looked ratted.

In the blink of an eye the second set was over as Kvitova dished out a bagel to end the match with 94 minutes on the clock. 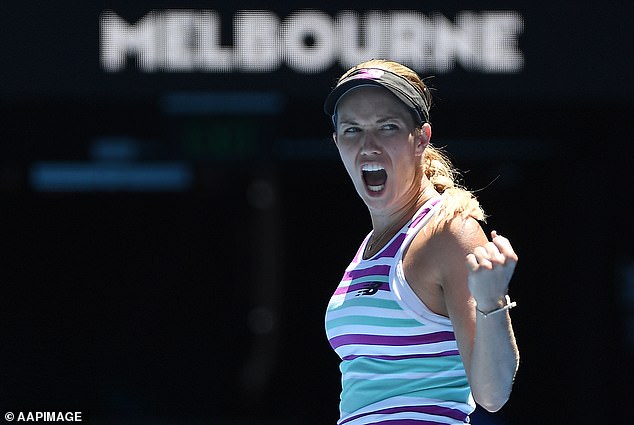 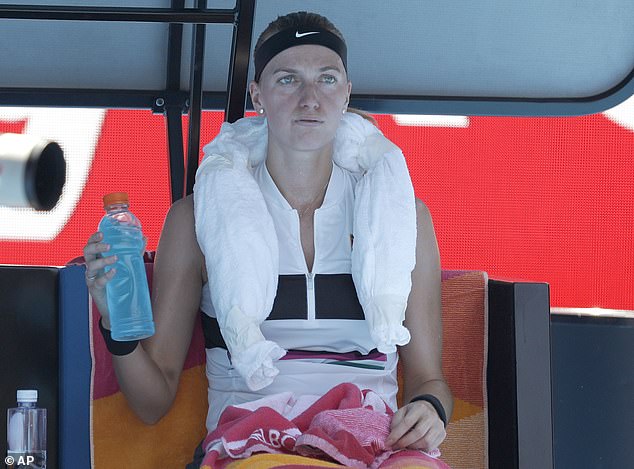 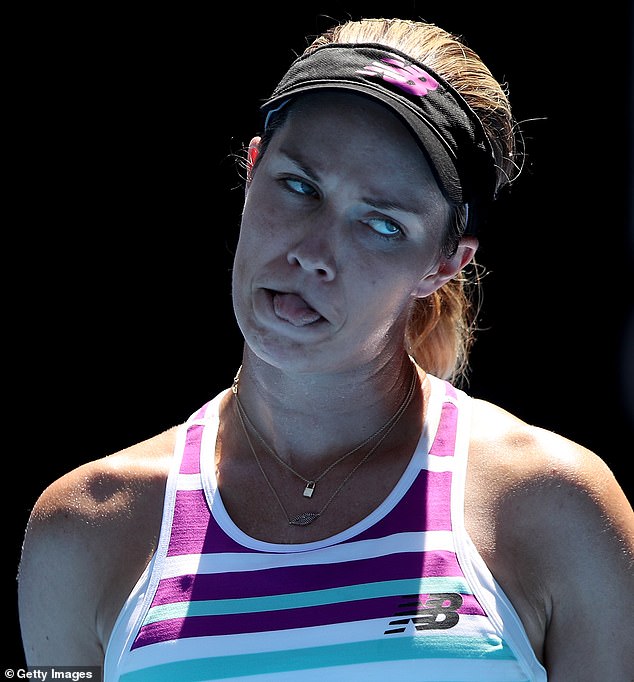 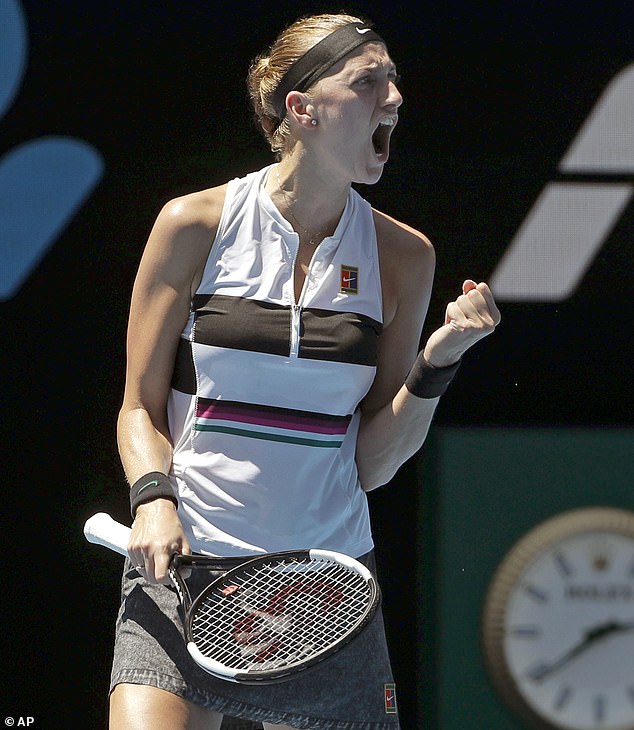 ‘It means everything to be in the final,’ said a delighted Kvitova.

‘I work very hard to be in finals of tournaments.

‘I will really enjoy the final. Whatever happens I’m really, really happy.

‘The first set I was really nervous. I didn’t have a full swing.

‘I actually was happier than the fans when the roof closed! I like playing indoors.’ 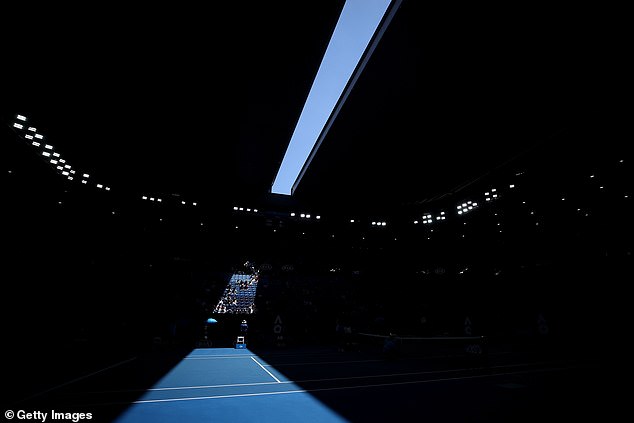 With the score tied at 4-4 in the opening set, the roof was closed due to the high temperature 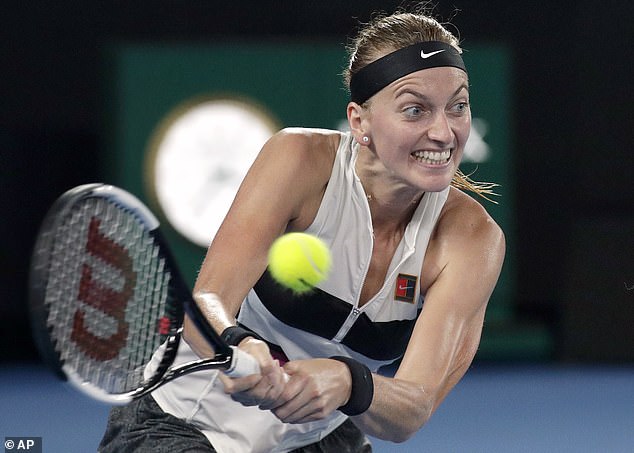 Despite the hot weather, Kvitova kept her cool in the first-set tie-break, which she won 7-2 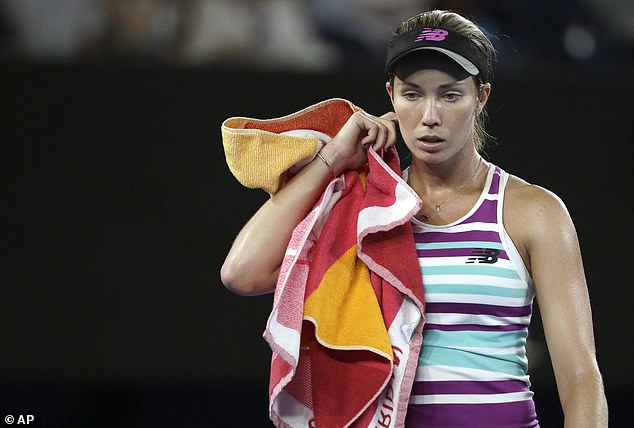 Collins, 25, was thoroughly outplayed in the second set and she failed to win a single game 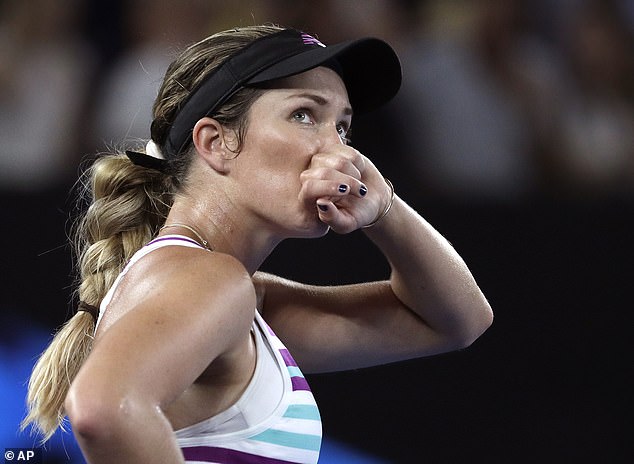 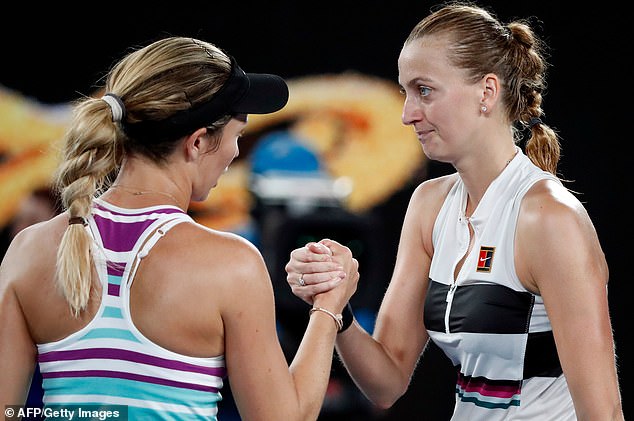 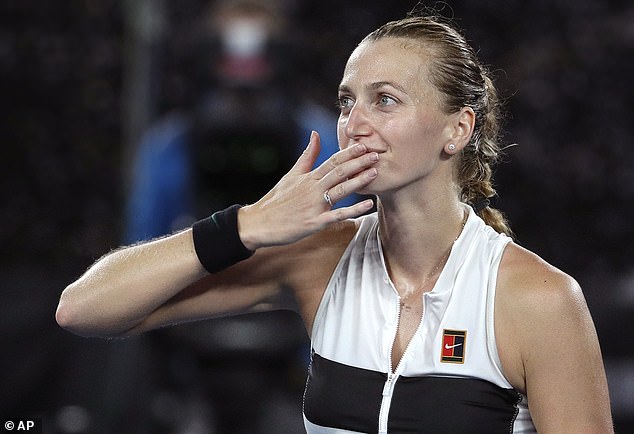 Kvitova, 28, blew kisses to the crowd after marching into Saturday’s Australian Open final