‘I screamed, there was blood everywhere. I had a knife on my neck from behind’: Tennis star Petra Kvitova testifies in Czech Republic at trial of man who allegedly knifed her at home

Australian Open finalist Petra Kvitova has testified in the Czech Republic at the trial of the man who allegedly knifed her in her home.

After the December 2016 attack in Prostejov, Kvitova had surgery lasting over four hours to injuries to her playing left hand. It took the tennis star more than five months to recover.

Her testimony was requested by a lawyer for the suspect, the 33-year-old Radim Zondra. 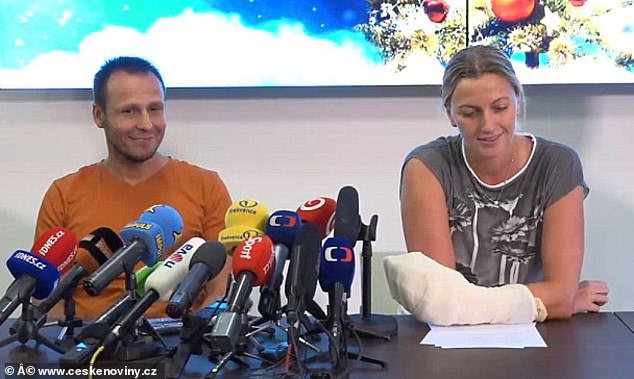 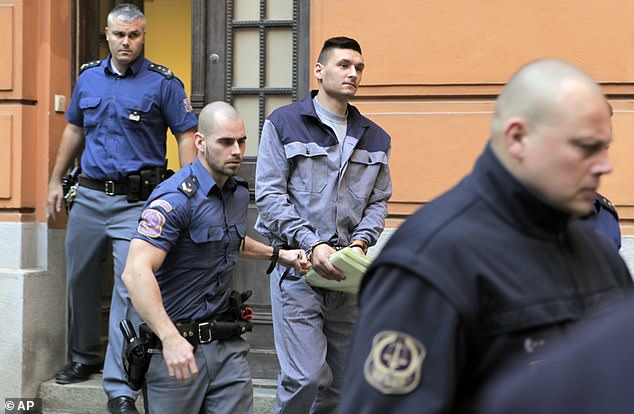 The suspect, 33-year-old Radim Zondra, faces 12 years in prison if he is found guilty

‘I screamed, there was bloody everywhere,’ Kvitova was quoted as saying by the CTK news agency. ‘I had a knife on my neck from behind.’

Kvitova didn’t enter the courtroom where the trial took place on Tuesday in a regional court in Brno, but testified from a separate room to avoid facing the suspect.

The suspect posed as a utility man seeking to read a meter to gain access to the apartment in Prostejov before a struggle ensued. Kvitova was at home awaiting a routing doping test.

It is understood the knife was put to Kvitova’s throat after being asked run hot water in the bath and her left hand was injured as she pulled the weapon away. 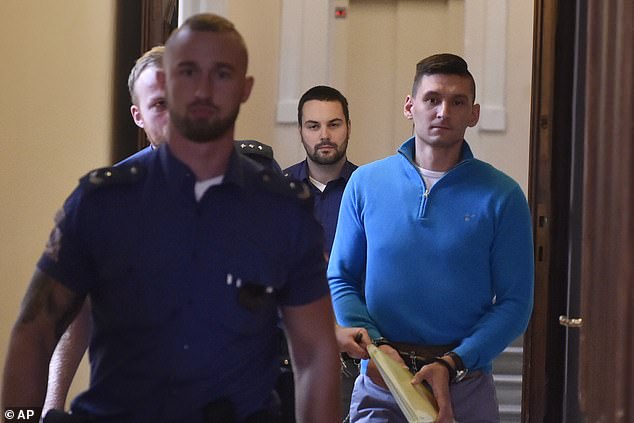 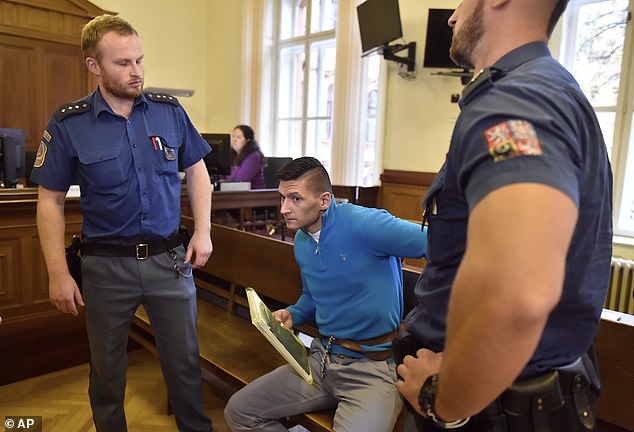 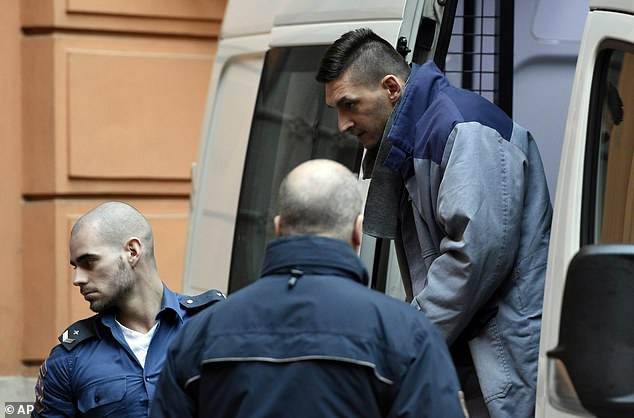 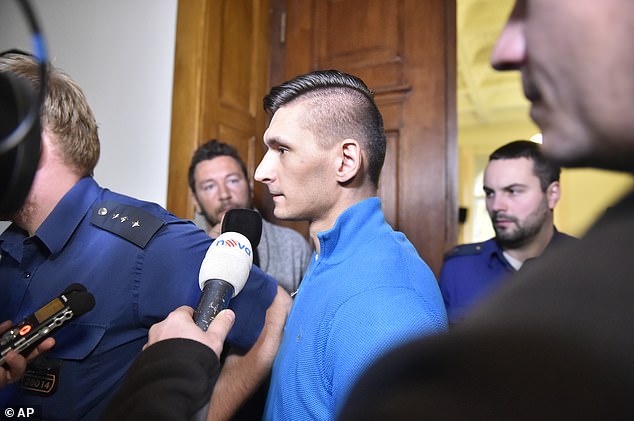 Zondra pleaded not guilty. He faces up to 12 years in prison if convicted.

Speaking at a press conference after the attack in 2016, Kvitova said: ‘While what happened to me was very scary I do not see myself as a victim, I do not feel sorry for myself and I will not look backwards.

‘I will use all my energy to focus on my recovery and will do everything I can to return to the sport as soon as possible.’

It was reported at the time of the attack that Kvitova had not been specifically targeted.

The two-time Wimbledon champion didn’t talk to media at the trial on Tuesday but said through her spokesman she was happy it was all behind her. 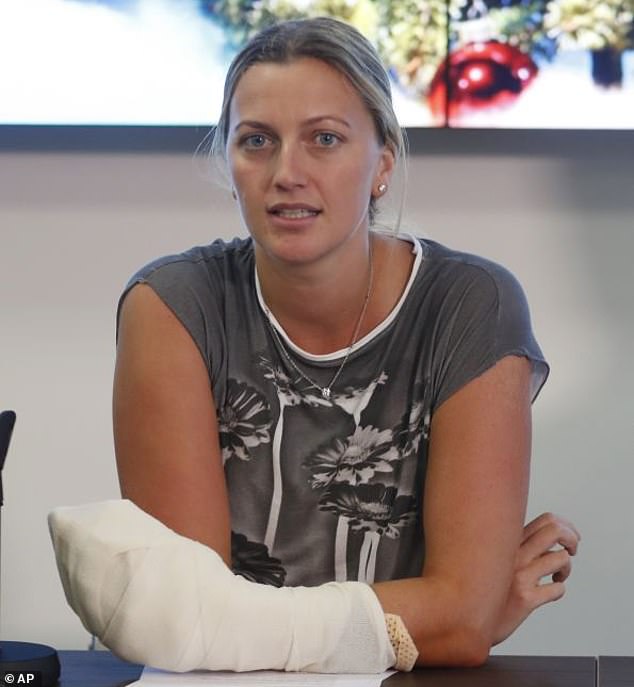 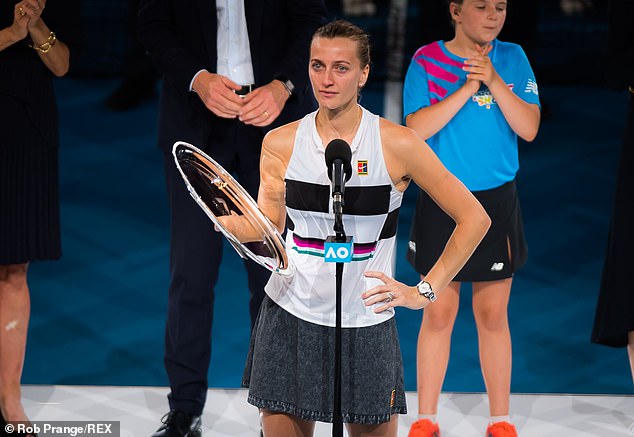 Only 10 days ago in Melbourne, Kvitova reached the Australian Open final 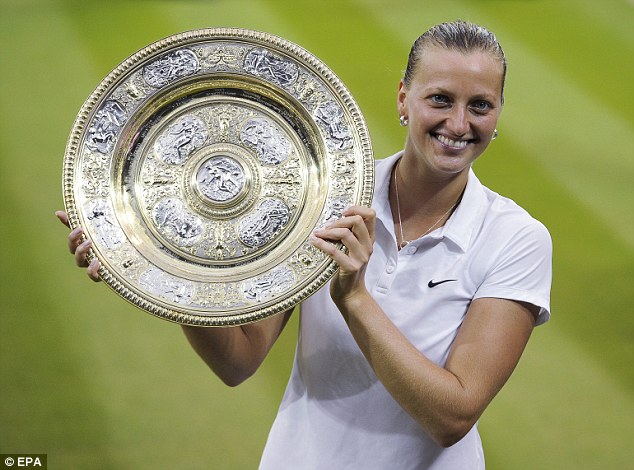 Only 10 days ago in Melbourne, Kvitova reached her first Grand Slam final since her second Wimbledon title in 2014, and lost a three-set thriller to Naomi Osaka.

In an emotional speech to the crowd after the match, Kvitova said: ”I can’t really believe I played the final of a Grand Slam again.

‘I’ve been through many, many things. Not really great ones. I didn’t know if I was going to hold the racket again. I’m holding it, so that’s good.’