Ajax’s Champions League trip to AEK Athens descended into chaos after a petrol bomb exploded inside the stadium and visiting fans were embroiled in bloody clashes with police and Greek supporters.

The two sides meet in a Group E match in Greece on Tuesday night – but the build up to the game was marred by violence in the stands.

Riot police were deployed to deal with the trouble as a fire raged inside Greece’s Olympic stadium following a shocking explosion ahead of the early kick-off. 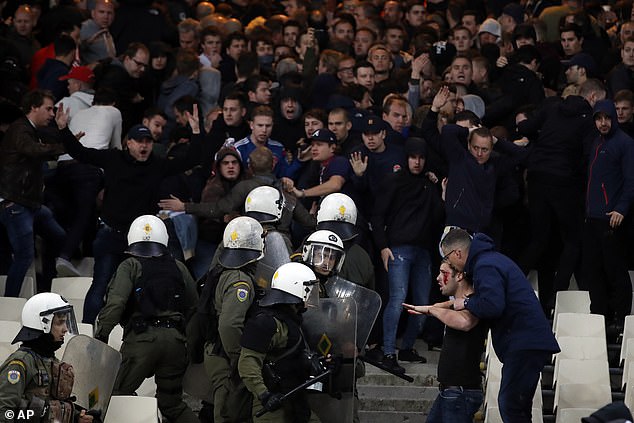 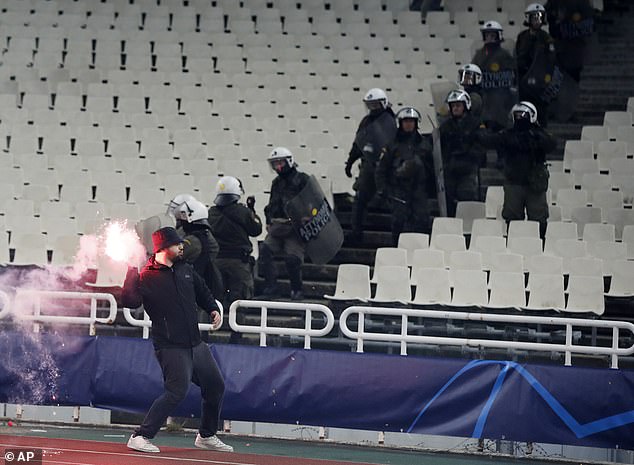 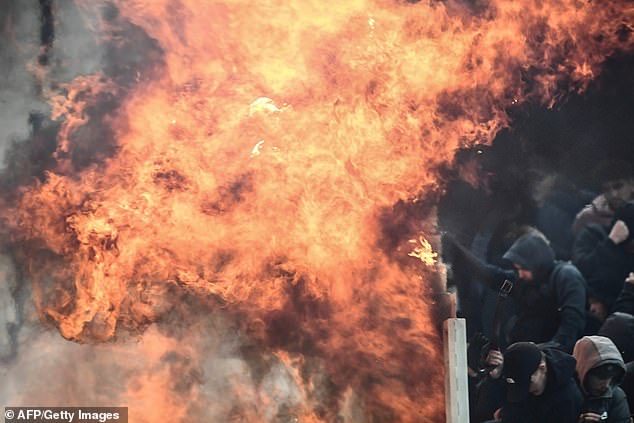 No arrests were immediately reported but Ajax fans were also the target of flares thrown by AEK fans, with one seen brazenly launching a missile into the stands in plain view of riot police standing nearby.

He was then filmed running away from the scene as Ajax fans threw the firework away from danger and into an empty block of seats.

The authorities managed to curb the disorder in time for kick-off, meaning the match went ahead as planned. 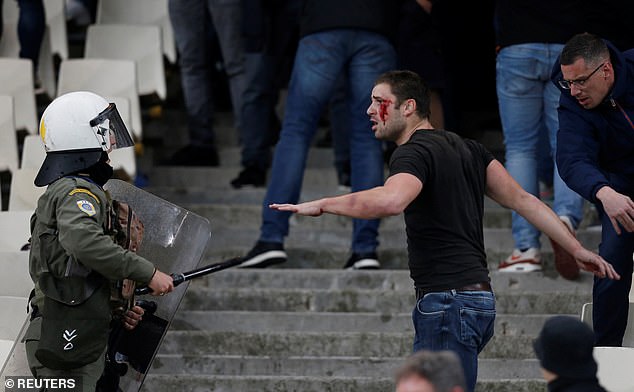 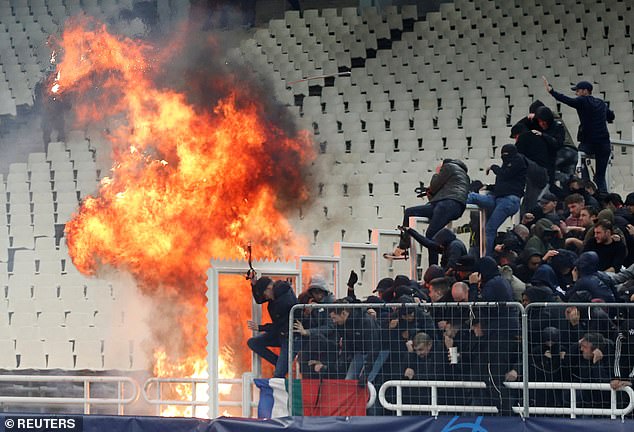 But earlier riot police had entered the away end, brandishing batons and shields and leaving at least one fan with blood pouring down his face.

As anarchy reigned before kick-off, even players tried to intervene to keep a lid on proceedings.

Ajax defender Matthijs de Ligt was pictured over towards the away end to try and prevent further violence.

Though they were surrounded by row upon row of empty seats, Ajax supporters could be seen crammed inside a small section of the stadium. 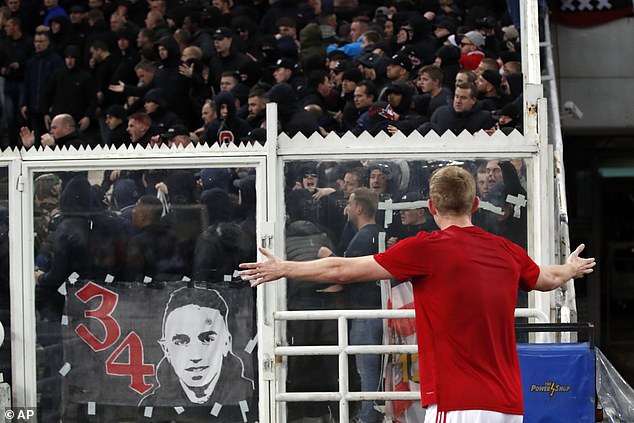 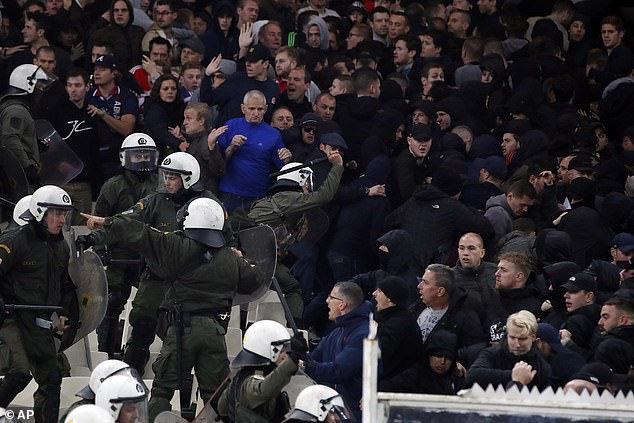 Wire fences stood between them and the pitch, while glass barriers prevented them from escaping – even as they cowered from the explosion.

The shocking scenes follow reports on Monday night that Ajax fans had been involved in clashes after arriving in Greece.

Rival Greek supporters were involved in the violence near the city’s police headquarters. Traffic was blocked after youths hurled petrol bombs at rival supporters and police.

Ajax headed into the game knowing victory would earn them a spot in the last-16, while AEK lost all four of their opening group games. 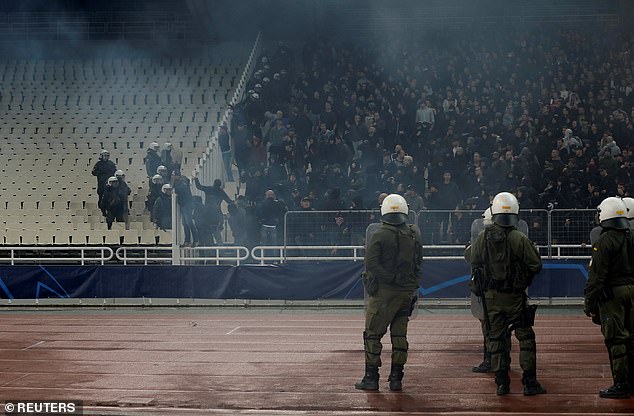 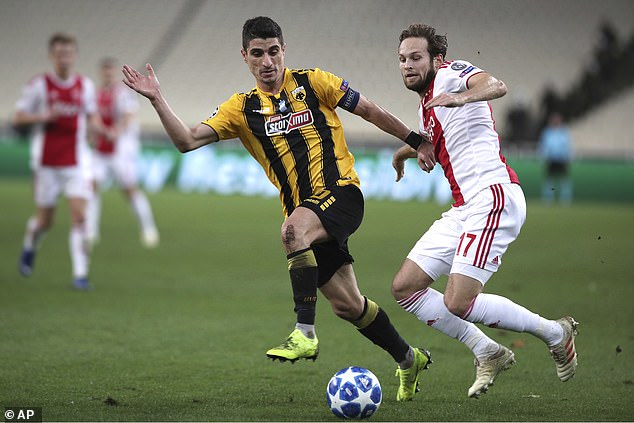