Petrol prices have taken a massive plunge after hitting decade-high prices last month, but experts are warning that it won’t last long.

In October, petrol in Sydney reached an eye-watering $1.75 a litre, Melbourne hit a 10-year high, and Adelaide motorists forked out an average of $1.67 a litre.

But a global increase in oil production, coupled with a strong Australian dollar has seen petrol prices plunge to as low as $1.12 a litre in Sydney.

These record-high prices has led to an extraordinary 14.6 per cent fall from in November, allowing motorists to give their wallets a break (stock) 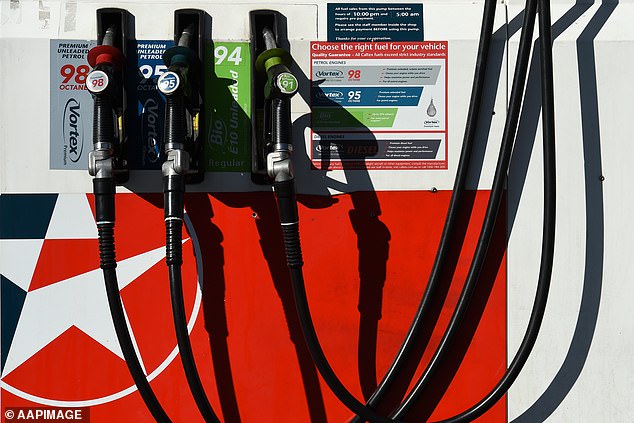 CommSec chief economist Craig James told Fairfax that motorists were saving $69 a month with the cheap petrol prices and that motorists should expect prices to continue falling.

‘Compared with the highs for petrol prices in October…it equates to a quarter per cent rate cut on a $450,000 mortgage over a 25-year term,’ he said.

‘The national pump price has only fallen by just under 23 cents, implying a further fall of around 3 to 5 cents a litre over the next fortnight, subject to the vagaries of the retail petrol price discounting cycle.’

Prices in Sydney have been on a downfall for 46 days in Queensland, 38 days in Sydney, and 33 days in Melbourne.

The sudden drop in fuel prices comes after the Organisation of Petroleum Exporting Countries (OPEC) and Russia increased the output of oil supplies to the rest of the world, the publication reported. 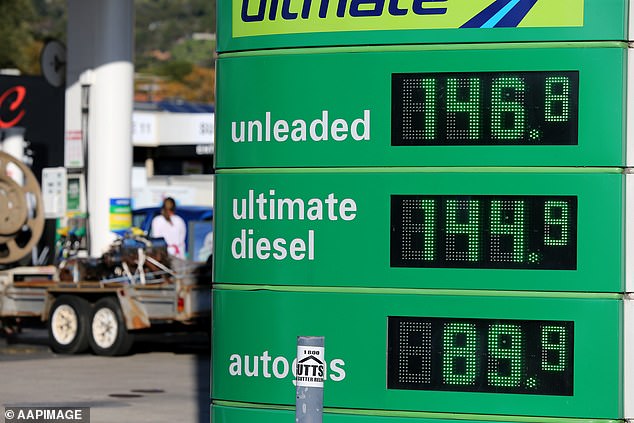 Motorists are encouraged to fill up and be wary of petrol prices as it could spike at any moment.

Mr James warns fuel prices will soar as we head closer to Christmas and the holiday period, and asks motorists to remain vigilant.

According to the Australian Competition and Consumer Commission (ACCC) the best days to fill up is Monday, Wednesday or Friday.

There are also calls for the country to publish their fuel prices in real time.

NSW is currently the only state where fuel prices are published in real time.

Queensland and South Australia have expressed interest in trialling a similar scheme.

Prices are also published on the state government’s website and the motoring group’s mobile phone app, which has been downloaded close to 840,000 times since its launch in May. 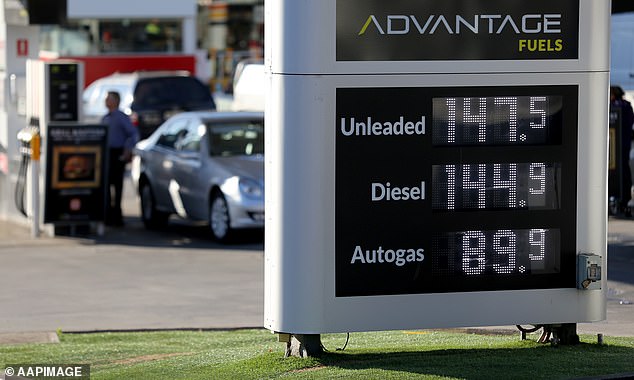 According to the Australian Competition and Consumer Commission (ACCC) the best days to fill up is Monday, Wednesday or Friday (stock)

Liberal MP Craig Kelly has called on Mr Morrison to ‘substantially reduce’ the crippling fuel tax, which adds an extra 40 cents to the cost of every litre.

The fuel tax is levied by the federal government and used to repair roads and fund infrastructure projects.

‘They’re the cop on the beat, they’re the ones we fund to go out there and monitor why prices are moving up and down and how they’re timed.’