This is the shocking moment a Pets at Home customer opened a new cat scratching post to find six live mice inside the box.

Ms Phillips, 23, said her three-month-old kitten Rupert was so excited she was forced to shut him in the living room to stop him hunting the creatures. 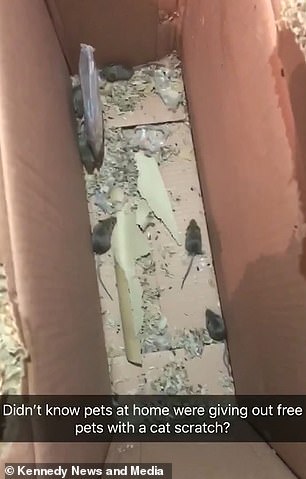 The six mice had left the cardboard packaging ‘urine-soaked’ – and the corpses of two dead mice in the box added to the stench, Ms Phillips said.

But as the Macclesfield branch of Pets at Home had since closed, the finance assistant eventually decided to free the rodents in her garden.

In a short clip captured after she found the critters, the 23-year-old can he heard laughing nervously at the scene.

She said: ‘Oh my god. That’s hilarious, we’ve just got this from Pets at Home and there’s mice in the box, oh god.’ 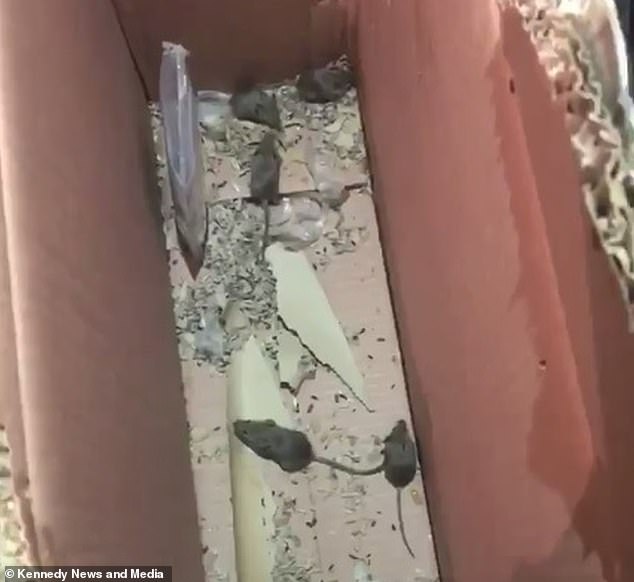 Ms Phillips, from Buxton in Derbyshire, said: ‘When I saw them I was in shock, completely dumbfounded.

‘You can hear me in the video laughing nervously, I didn’t know what to do with them.

‘As it was after 5pm everywhere was shut. I could see they were getting under the bottom of the cardboard box but couldn’t quite make it – their little bums were stuck. 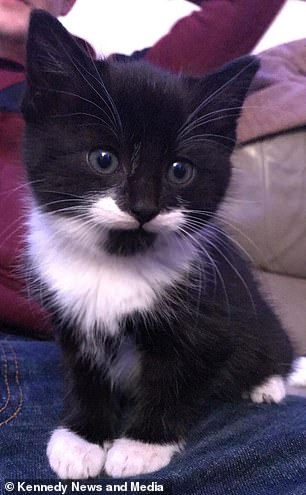 ‘Then I was freaking out as the last thing I needed was six mice getting out.

‘I put Rupert in the living room away as he knew something was going on – probably thought “more toys!” – I didn’t want him chasing or killing one.

‘I carried them outside in the box and let them go in a bush.’

Ms Phillips first discovered something was amiss when she noticed a strong odour coming from the box.

She brushed it off as an accident black and white Rupert had had while she was out of the room, and begun to open the packaging.’

Ms Phillips said: ‘There was nothing unusual at first it seemed fine apart from a bit of damage to one of the corners of the cardboard box.

‘When I opened it it was a bit damp and did wonder if it was Rupert, but he’s good with his litter tray.

‘Then there was this smell of wee and like something had died in there, it stunk.

‘After I took the first thing out I saw one tiny mouse after hearing it scuttling about. 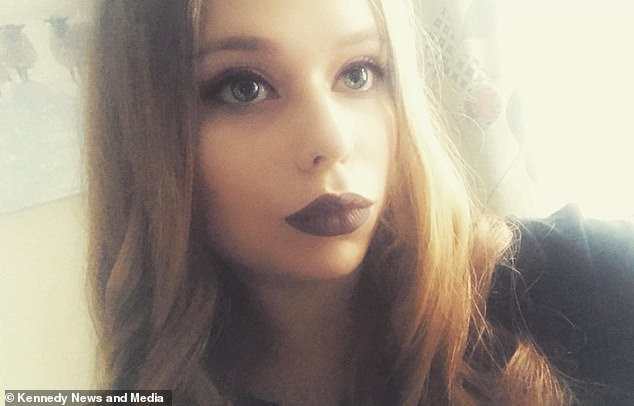 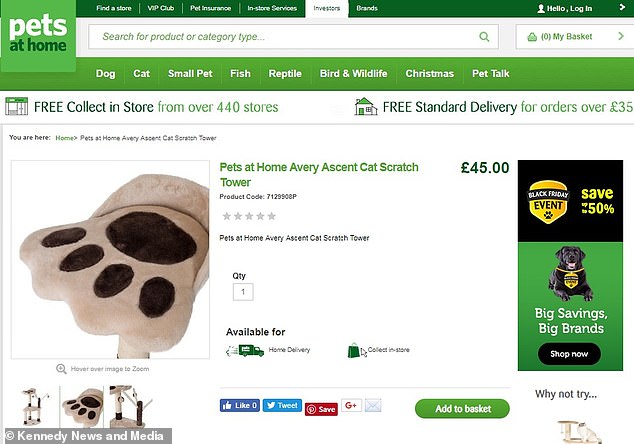 Pets at Home in Macclesfield, from where the post was bought, offered the finance assistant a full refund and £45 in gift vouchers

The finance assistant has since contacted the store and received a full refund and £45 in gift vouchers from the Pets at Home customer services team.

She said: ‘It’s not put me off shopping at Pets at Home at all, I think I might just double check what I buy there in the future.’

A Pets at Home spokesman said: ‘We are very sorry that the cat scratcher bought by Rebekah came with some unwelcome additions to the box.

‘We have already offered a full refund and an additional gesture of goodwill to underline how sorry we are for the distress caused.’