She celebrated turning 53  in style this week, posting a racy snap of herself lounging poolside in Florida in a bikini.

And on Thursday Pettifleur Berenger gushed about how grateful she was to receive so many birthday wishes from her fans and followers.

To celebrate further, the Real Housewives of Melbourne star unapologetically shared yet another sultry photo of herself donning the same black and white bikini that appeared earlier in the week.

‘It’s my birthday and I can flaunt it if I want to!’: Ageless Pettifleur Berenger, 53, thanked her fans for their kind words this week by posting ANOTHER sultry bikini shot on Instagram

‘It’s my birthday and I can flaunt it if I want to!! It’s the 21st in America and my birthday morning,’ Pettifleur captioned the image.

She continued: ‘A massive heartfelt thanks to my Australian gorgeous people and many from around the world for all the birthday wishes yesterday. You all individually touched my heart and put so many smiles on my face. Bless you all for taking the time to put joy into my heart. Love blessings and hugs from me to you’

In a previous snap, Pettifleur had stripped down to a string bikini to reveal her astonishingly youthful figure on her 53rd birthday.

Taking to her popular Instagram page, the vivacious starlet uploaded a snap of herself lounging on the beach in Cancun, Mexico, while revealing her taut torso and prodigious bust in cleavage-baring swimwear. 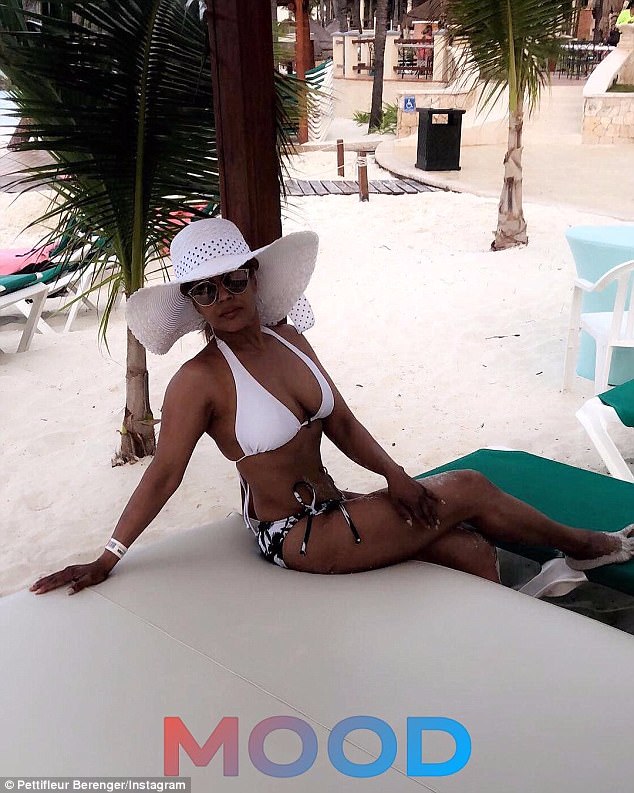 ‘It’s my birthday!’ Pettifleur Berenger didn’t disappoint fans when she stripped down to a string bikini to reveal her astonishingly youthful figure on her 53rd birthday this Thursday

‘It’s my birthday! 53 years young! No place like a vacation to spend your birthday!’ she cooed in the caption.

The glamazon completed her post with the hashtags: #nofilter, #tanned, #birthdaygirl, #vacation and #sun.

Pettifleur completed her holiday-going ensemble with a wide-brimmed white sun-hat and a pair of sassy sunglasses that obscured her pouty expression from onlookers. 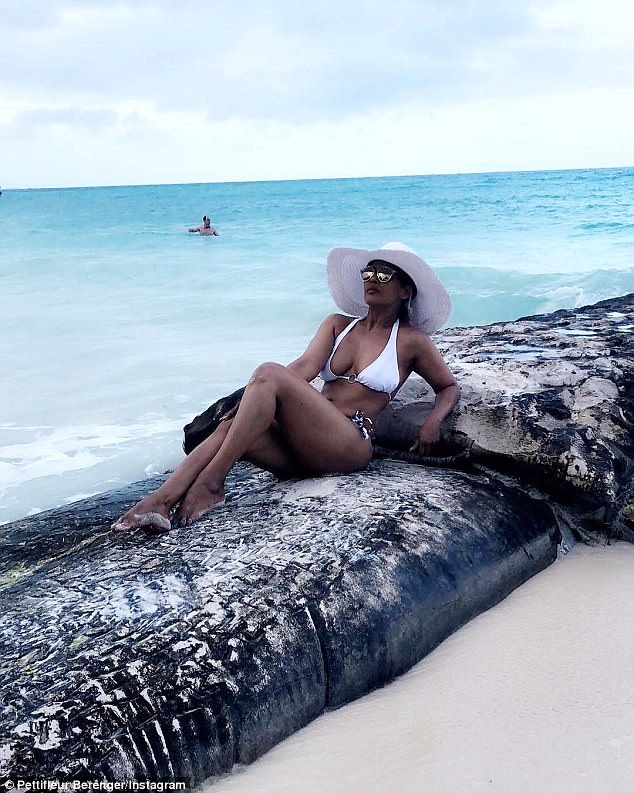 Lounging about! Earlier this week, Pettifleur shared another scorching snap of herself modelling a bikini on the beach

Fans immediately bombarded her post with well-wishes and compliments, with one writing: ‘Happy birthday sexy lady- you are a beautiful person inside out. And dammmm look at you!!!! Hard work pays off!’

Earlier this week, Pettifleur shared another scorching snap of herself modelling a bikini on the beach.

Pictured lounging on a seaside crag, the property developer quipped in the caption: ‘The agony of waves splashing and hard rocks for a shameless photo.’ 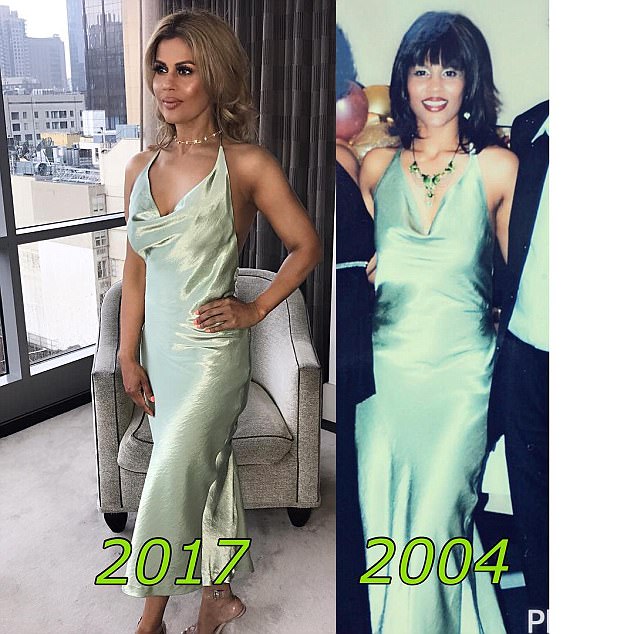 She’s barely changed! Pettifleur revealed she really has found the fountain of youth by sharing these astonishing photo of herself decades apart