The COVID-19 pandemic is showing signs of soon coming to an end as the world marks two years since the World Health Organization (WHO) declared the virus a global pandemic. Some officials are saying that more vaccine shots may be needed in the future even after the world returns to ‘normal’.

Albert Bourla, CEO of Pfizer, told CNBC’s Squawk Box Friday morning that his firm plans to ask the Food and Drug Administration (FDA) about the needs for a fourth COVID-19 vaccine dose soon. He cites data showing that vaccine protection wanes against Omicron after only three or four months.

‘It is clear that there is a need In the environment of Omicron to boost the immune response,’ he said.

‘The immune protection against Omicron is very good after three doses when it comes against hospitalization or deaths. Not as good, but pretty good also, against infection… it doesn’t last a lot. After three, four, months it starts waning.’

This comes as the Centers for Disease Control and Prevention (CDC), which has been very cautious during the pandemic, only considers two percent of Americans to live in an area of ‘high’ Covid risk. 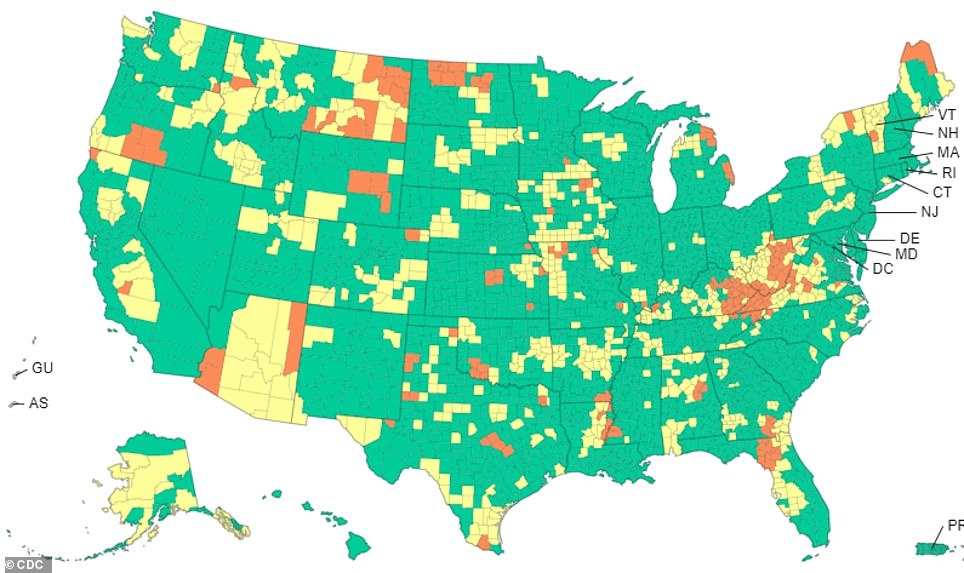 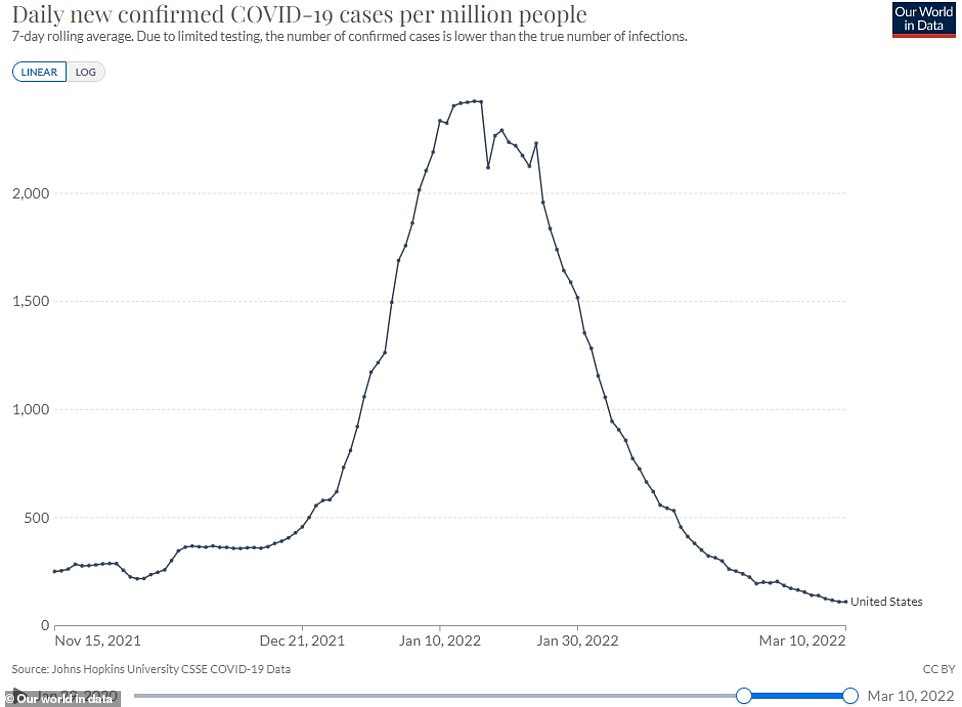 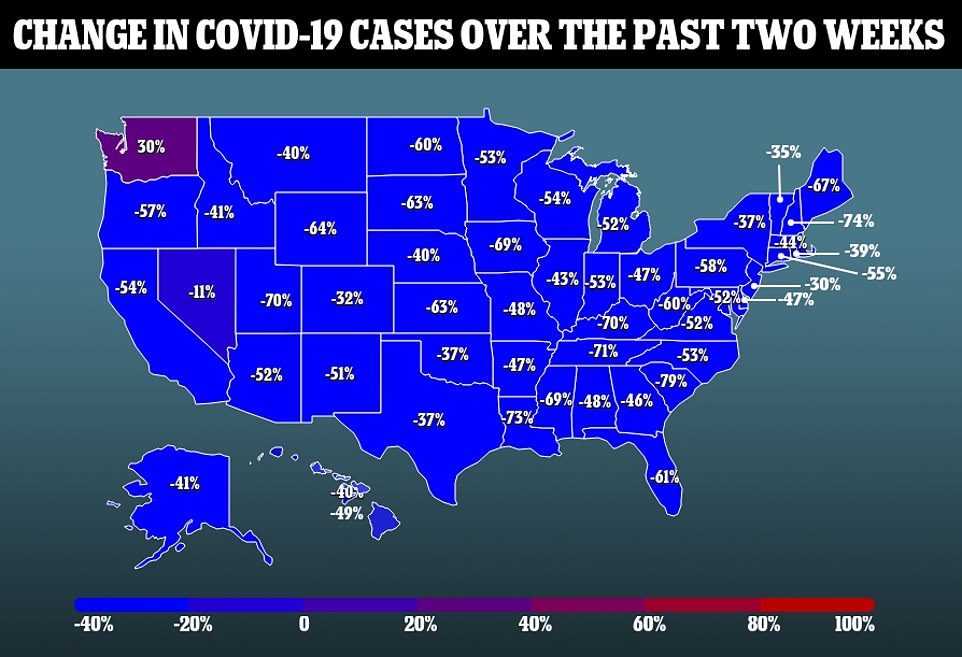 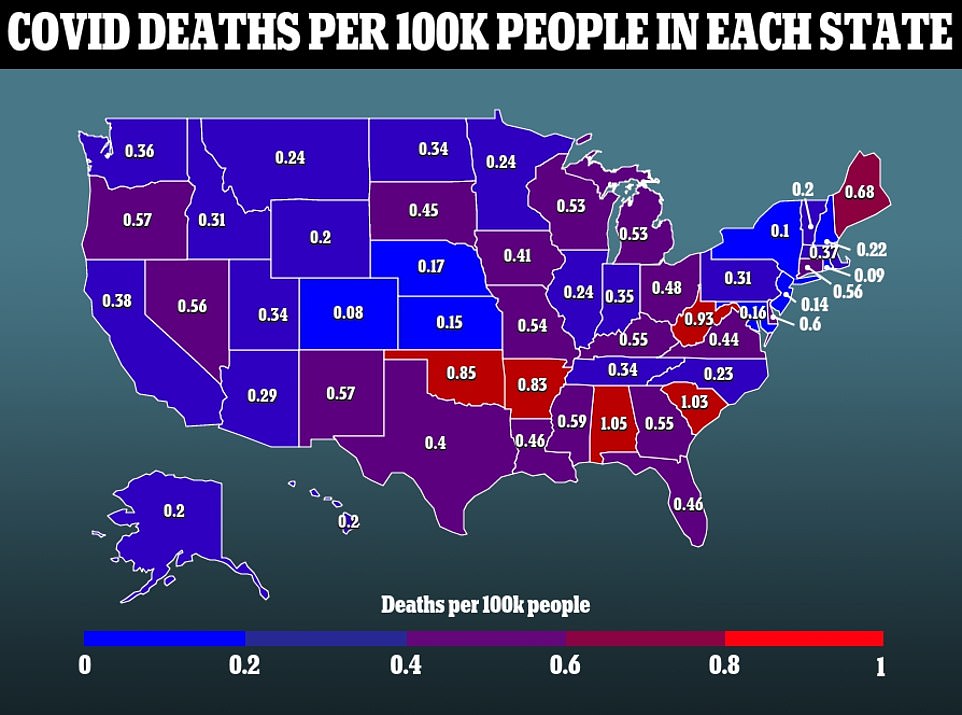 Pfizer is the leading manufacture of COVID-19 vaccines in the United States and much of the rest of the world. The jab has been used over 327 million times since it first became available in December 2020. It is also the only shot available for minors in the U.S., authorized for children as young as five years old. 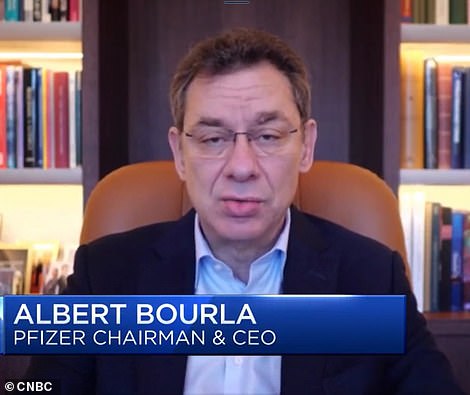 The New York City-based company received full authorization for its Covid booster shot in September. Months later, the vaccine-resistant Omicron variant was detected by South African health officials in late November, surging demand for the additional doses to protect from the new threat.

Bourla now reveals that the immunity provided by the boosters against Omicron is only worthwhile for a few months, creating the need for future doses.

Moderna CEO Stephane Bancel has hinted at the need for a fourth dose in the future as well. He told Squawk Box last month that after a relatively calm spring and summer seasons, Americans will likely need a fourth dose ahead of the typical flu season that starts this fall.

‘We believe there’s a high probability that we’re moving into an endemic setting,’ Bancel told CNBC’s Squawk Box in February.

‘We should still be cautious because as we’ve seen with Delta, which came after alpha and was more virulent, [it] is always possible to get the more virulent variant of course.’ 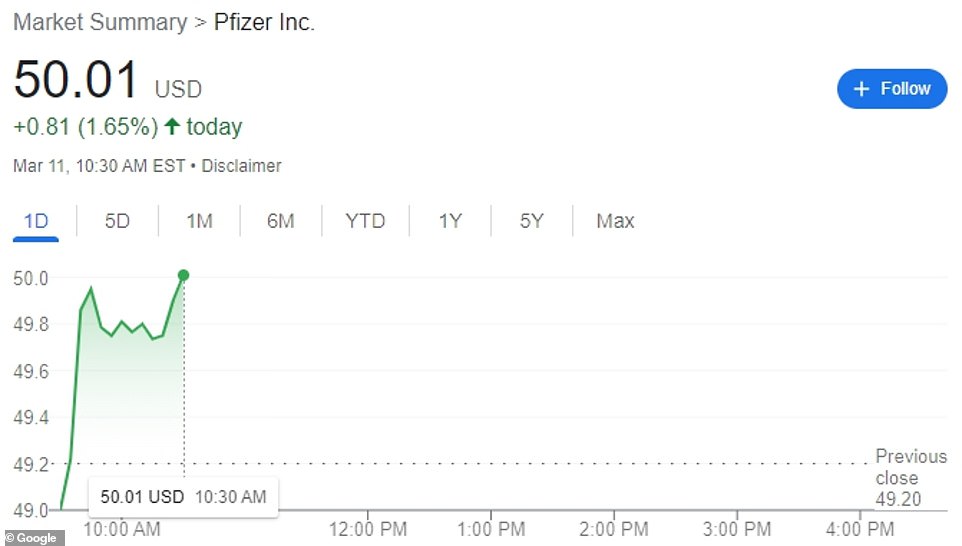 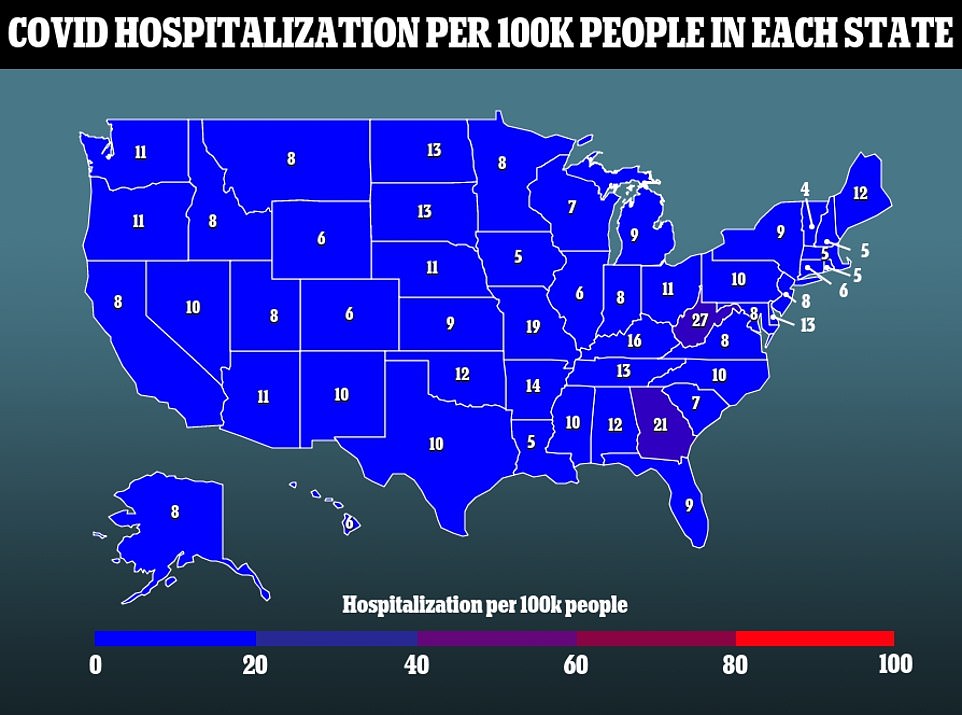 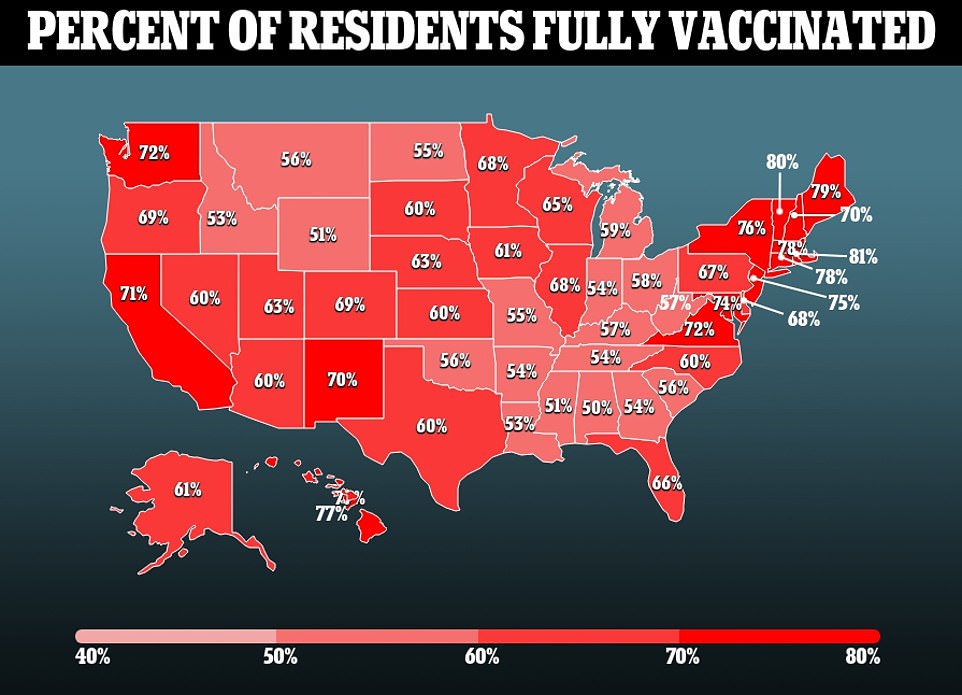 Stephane Bancel’s ‘change-in-control’ package was approved at the end of last year by the Massachusetts-based company’s board of directors, CNBC reported.

Most of the golden parachute – $922.5 million, to be exact – is in the form of stock, which has yo-yoed during the COVID-19 pandemic. The rest includes a cash payment of $1.5 million and a bonus of $2.5 million.

Bancel, 49, who is already worth a reported $4.3 billion, would only get the money if the company is sold or merged and he loses his job in the process.

The French-born executive’s last known address is a three-bedroom, 1,537-square-foot apartment in Boston worth an estimated $1.2 million, according to Zillow.

Things have changed a lot for Moderna since the start of the pandemic in early 2020. It went from losing $747 million that year to making $12.2 billion in 2021, largely from sales of its two-dose vaccine, its only commercially available product.

Repeated Covid shots are likely necessary to control the virus going forward and comfortably live alongside it in an endemic setting.

Even Dr Anthony Fauci, the nation’s top infectious disease expert, and Dr Scott Gottlieb, a former FDA chief who now sits on the board of Pfizer, have joined the chorus of experts and officials saying a fourth dose will likely be on the way.

The prospect of repeated Covid shots is also a financial boon for the two firms, though. The companies project a combined $51 billion in revenue from vaccine sales in 2022, and this figure would rise even higher if governments around the world begin purchase orders for yet another shot.

Both companies have been criticized for business practices that value profit over saving lives during the pandemic, and for keeping a stranglehold on their control of the jabs.

Alex Maitland, a senior advisor for Oxfam, a UK-based anti-poverty non-profit, told DailyMail.com last week that the companies are valuing selling repeated vaccine doses to the developed world instead of making them available in countries in Africa where there are lower vaccination rates – but lower profit margins as well.

The WHO has long been a critic of the companies’ practices as well. The organization has asked for the companies to move away from repeatedly rolling out boosters, and to instead invest in developing technology for longer lasting jabs that are more resistant to future Covid variants.

Pfizer has stood by its patent of its mRNA vaccine – which is a joint project with the German company BioNTech – and Bourla has been a vocal opponent of IP waivers, even calling the prospect dangerous. Moderna has been more liberal with their patent, saying it would not enforce it in the developing world.

Neither company is doing much to provide the vaccine overseas, though, instead focusing efforts in developed countries like the U.S. where residents are looking beyond Covid for the most part. 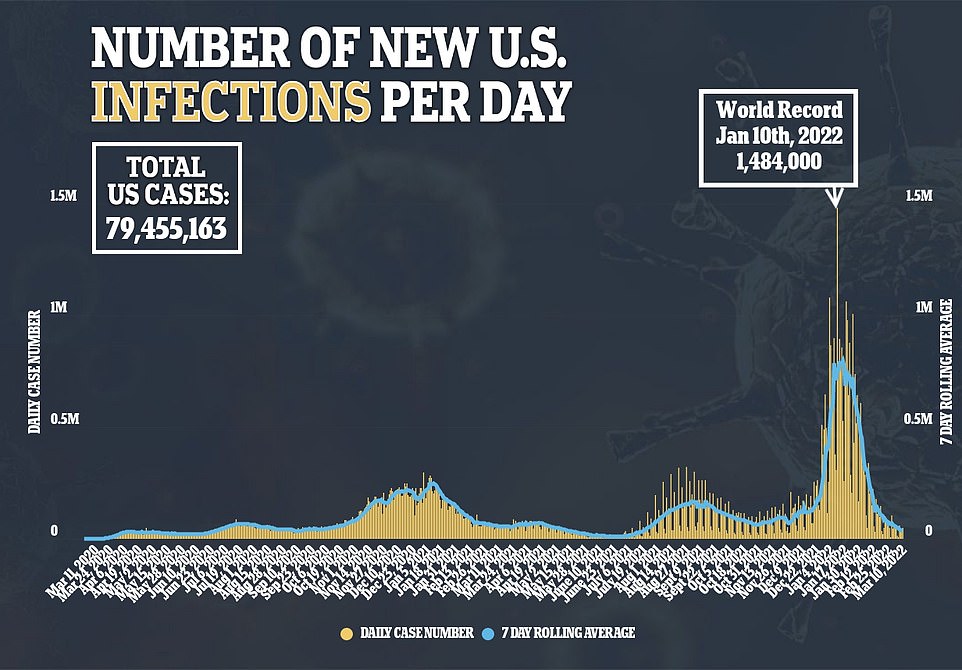 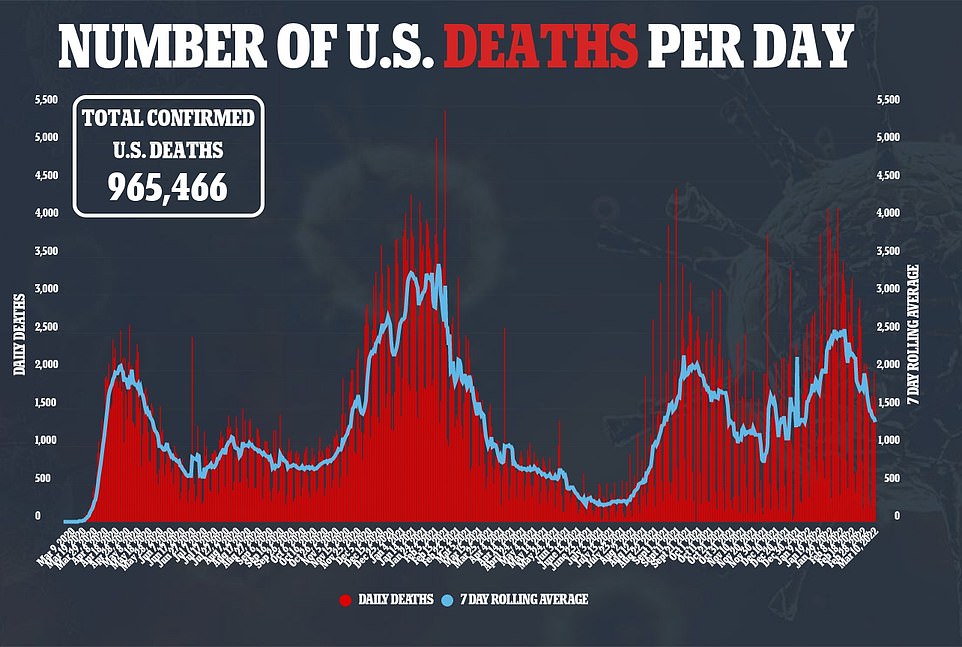 The CDC updated its Covid risk figures Thursday night, reducing the share of Americans still under and indoor mask recommendation to only two percent, down from ten percent the week before and 95 percent under the system the agency previously used to calculate risk levels.

New figures now value hospitalizations strongly, as the CDC has accepted that infections are likely inevitable, even among the vaccinated.

As long as case numbers are not translating into increased strain on the health care system, officials do not worry as much anymore.

The U.S. is currently averaging 32,000 people hospitalized with Covid every day, a 44 percent drop over the past two weeks.

This figure is not quite reliable, though, as it included all people hospitalized while infected, even if they are being treated for another condition.

Cases and deaths are on the way down too, though, as the Omicron surge is in the rear view mirror and Americans prepare for a return to normal.

American is recording 36,956 daily infections, a 35 percent drop over the past week and a 95 percent drop from the mid-January peak of 800,000 cases per day.

Deaths are down 20 percent over the past week, with 1,315 people dying of the virus daily.

In response to falling cases and deaths nationwide, every single state has now either removed its mask mandate or plans to do so in the near future.

Hawaii became the final state to do so earlier this week when officials set a March 26 date to lift the state’s mask mandate.