Pfizer is the leading manufacturer of Covid vaccines in America, and has recently began to rollout to rollout what many believe to be the most effective antiviral pill available to treat the virus as well.

The rollout of both has already led to a substantial financial windfall for the New York City-based company, and the prospect on enhanced distribution of Paxlovid, the potential rollout of Omicron-tailored vaccines and more booster shots in the future will lead to an influx of even more cash.

On Tuesday, the company revealed its Q4 earnings and revenue projections for 2022. The company estimates to rake in up to $102 billion in sales next year, which would be a new record.

More than half of those earnings will be off of its two Covid products, with the vaccine expected to bring in $32 billion in sales, and Paxlovid expected to earn $22 billion.

Pfizer’s COVID-19 vaccine (pictured) is the most popular in the U.S., and sales of it caused the company’s Q4 revenue to double in 2021 when compared to 2020. The company expects another $32 billion in vaccine sales in 2022 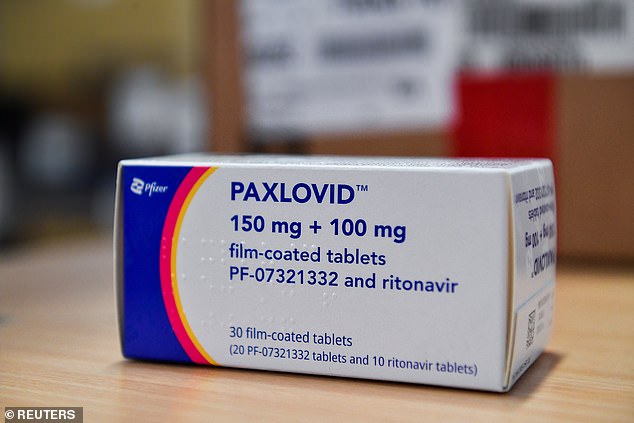 The Pfizer COVID-19 vaccine is the most commonly used jab in the U.S. and many other countries around the world.

According to official data from the the U.S. Centers for Disease Control and Prevention (CDC), the jab has been used 319 million times – more than half of the 540 million vaccines administered in the nation overall.

This includes the nearly 50 million Pfizer booster shots will be administered.

The company doubled its Q4 sales this year when compared to last, to $23.84 billion over the last three months of last year.

More than half of that revenue, $12.5 billion, came from the Covid vaccines alone.

This revenue stream will remain intact for years to come, potentially even the next decade, if Pfizer has its way.

The company already reportedly plans to rollout a Omicron variant specific vaccine at some point this spring, bolstering protection against the vaccine resistant strain that took over the world last month.

By the time the shot does come out, the variant may already have burned out, though. 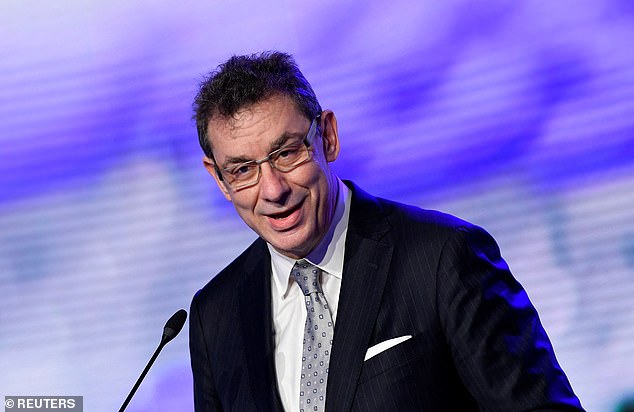 Pfizer CEO Albert Bourla (pictured), said that Covid vaccines may be needed for up to the next decade in order to control the pandemic

Covid cases in the U.S. are plummeting, dropping 43 percent over the past week, with 17 states recording daily case drops of 70 percent or more over the last 14 days.

Pfizer expects Covid to be around for longer than just the Omicron surge and Albert Bourla, CEO of Pfizer has been a proponent of repeated Covid boosters.

Last month, he told CNBC’s The Squawk Box that the virus will likely be around for the next decade, but frequent shots could help get in under control.

‘We will have perfectly normal lives, with just injection maybe once a year,’ he said.

The company has also gotten into hot water over allegedly using its power as the world’s leading vaccine provider to take advantage of developing nations.

A Public Citizen report from October found the company worked to worked to silence governments, restricted nations’ access to vaccine donations, forced governments to pay out lawsuits they may face for breaking intellectual property laws, and to seize public assets in case of missed payments such as foreign bank accounts. 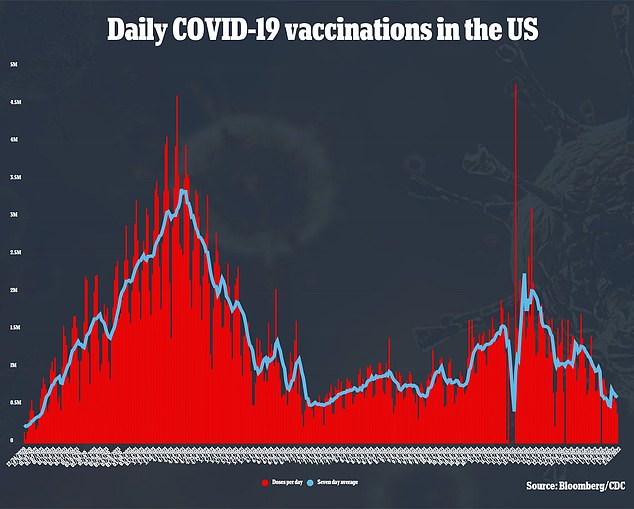 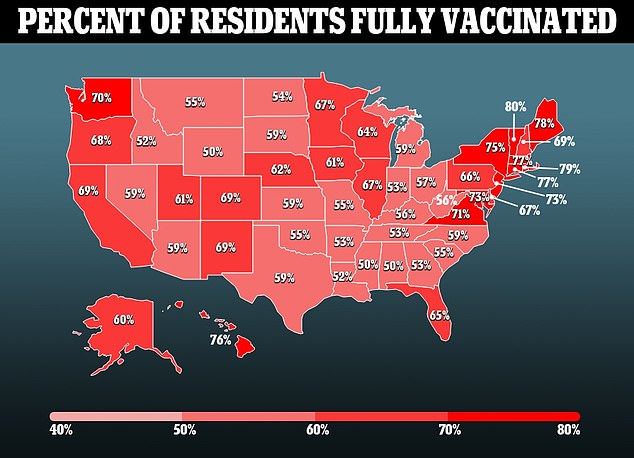 The People’s Vaccine Alliance finding also reported that Pfizer, BioNTech – its main partner in the production of the shot – and Moderna – producer of the second most popular vaccine – made a combined profit of over $1,000 every second last year.

Paxlovid, which received emergency use authorization from the Food and Drug Administration (FDA) in December, opens another Covid-related revenue stream from the firm.

The company plans to sell the drug to governments around the world for $700 a course, Bourla said on an earnings call Tuesday.

He also added that the company could manufacture up to 120 million courses of the drug if needed, and that it is currently in talks with over 100 countries on discussing a sale.

This makes the $22 billion is estimated sales a potential understatement if the company can maximize its potential revenue this year.