‘If this is an arms race with dollar bills as weapons, we can’t compete’: PGA Tour boss Jay Monahan accuses rebel Saudi tour of ‘spending billions to buy golf’ – but vows to fight on despite big-name players deserting them

PGA Tour chief Jay Monahan has come out swinging in his criticism of the Saudi-backed LIV Golf Series, branding it an ‘irrational threat’ trying to buy the game.

Rather than backing down to the new cash-rich venture, the PGA Tour are fighting back and this week announced a substantial increase in its own future prize money.

That said, Monahan was quick to tell reporters in Connecticut that there is no way his Tour can compete financially with LIV.

‘If this is an arms race, and if the only weapons here are dollar bills, the PGA Tour can’t compete,’ he said on the eve of the Travelers Championship. ‘The PGA Tour, an American institution, can’t compete with a foreign monarchy that is spending billions of dollars in an attempt to buy the game of golf.

‘We welcome good, healthy competition. The LIV Saudi golf league is not that. It’s an irrational threat, one not concerned with the return on investment or true growth of the game.’

Monahan’s comments come on the same week that Brooks Koepka – the former world No 1 – opted to defect to the new breakaway league, in turn becoming the highest-ranked player in the series.

He is expected to compete in its first tournament in the United States, scheduled to begin on June 30, at Pumpkin Ridge Golf Club outside Portland, Oregon.

It was also announced this week that golf’s Saudi tour rebels will not be blocked from playing at the 150th Open at St Andrew’s next month, with organisers insisting that ‘openness is fundamental’.

There has been a more hardline stance from the PGA Tour, and Monahan, though, after the chief stressed that players won’t be allowed to ‘freeride’ on both tours.

Monahan was also asked about the letter sent by a group representing victims’ families and survivors of the 2001 terrorist attacks in the United States to representatives of Phil Mickelson, Dustin Johnson, Bryson DeChambeau, Patrick Reed and Kevin Na – who have all signed up to LIV Golf. 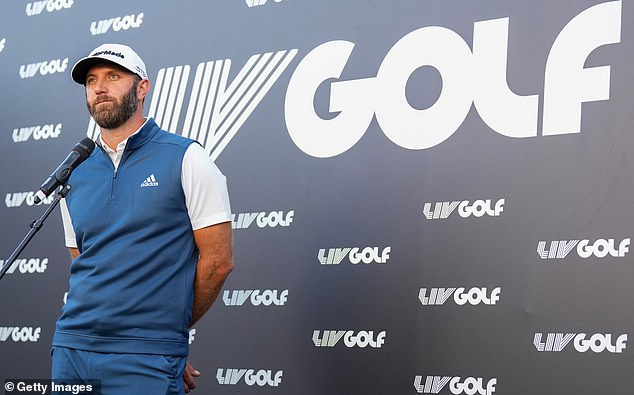 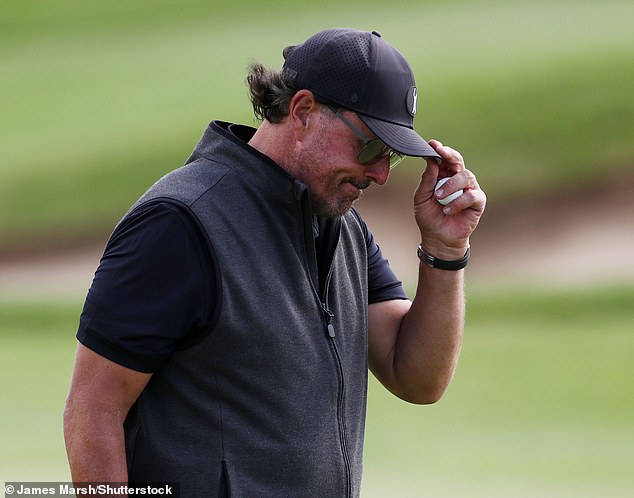 The letter accuses the players of sportswashing and betraying their country, highlighting that ‘Osama bin Laden and 15 of the 19 September 11 hijackers were Saudis.’

‘I think you’d have to be living under a rock to not know there are significant implications. Two families close to me lost loved ones,’ Monahan said.