Pharrell Williams sent Donald Trump a cease and desist letter after the President’s team played the song ‘Happy’ at a rally just hours after the Pittsburgh synagogue massacre.

The triple platinum selling  hit was played  at a rally in Indiana hours just after after deranged gunman Robert Bayers, 56, shot 11 people and injured six more at the Tree of Life Synagogue in Pittsburgh on Saturday.

Now the singer has expressed his anger over the decision and his lawyer has sent a ceast and desist letter to Trump requesting that the song not be played at any future events. 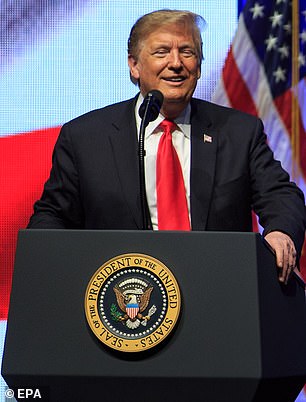 Pharell Williams (left) sent Donald Trump a legal letter asking him to refrain from playing any of his music at public events , saying there was nothing ‘happy’ about the Pittsburgh massacre

The letter, which was seen by the Hollywood Reporter, reads: ‘On the day of the mass murder of 11 human beings at the hands of a deranged ‘nationalist,’ you played his song ‘Happy’ to a crowd at a political event in Indiana.

‘There was nothing ‘happy’ about the tragedy inflicted upon our country on Saturday and no permission was granted for your use of this song for this purpose’.

His lawyer Howard King said Williams has not and will not grant Trump permission to publicly perform or otherwise disseminate his music.

He further states that the use of ‘Happy’ without his consent constitutes both copyright and trademark infringement.

Despite the tragedy, Trump decided not to cancel a campaign-style rally in Indiana later that day, where the song was played.

During the rally, Trump joked that he had almost canceled the event because he had a ‘bad hair day’. 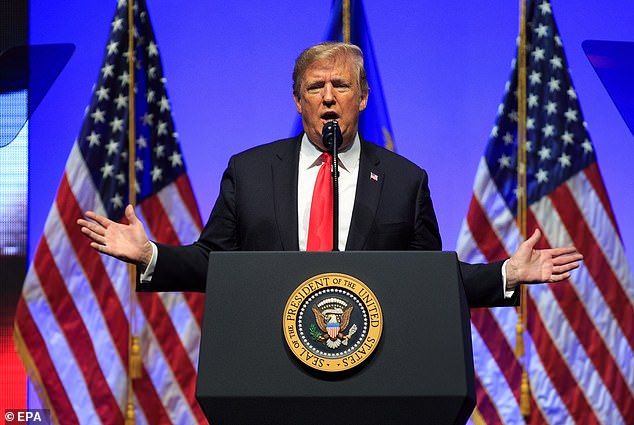 On Saturday, he had first told a young farmers convention in Indianapolis on Saturday morning that he almost cancelled the events because the weather wreaked havoc with his hair, and not the massacre in Pittsburgh.

Later in the evening he then took to social media while watching Game 4 of the series between the Dodgers and the Red Sox, and questioned the pitching changes. 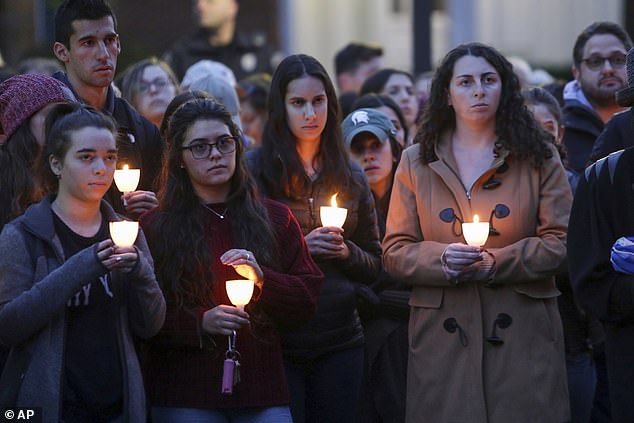 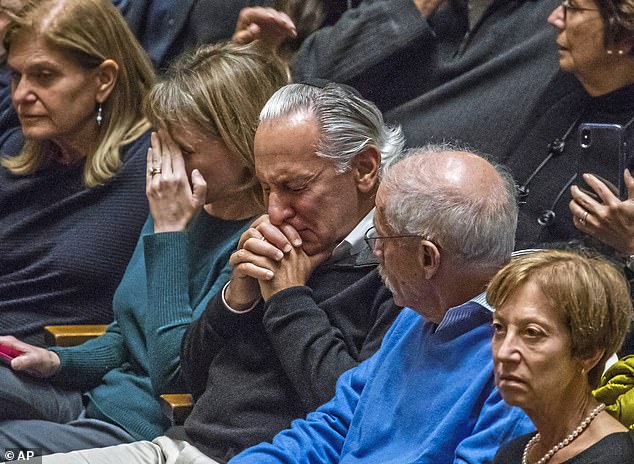 ‘It is amazing how a manager takes out a pitcher who is loose & dominating through almost 7 innings, Rich Hill of Dodgers, and brings in nervous reliever(s) who get shellacked. 4 run lead gone.

Trump was ridiculed again for the tweet, which appeared insensitive given that families were still mourning their loved ones in Pittsburgh.

After defiantly stating that he would attend a previously scheduled political rally in Illinois, Trump said  he will be going to Pittsburgh in the wake of the mass shooting.