Pharmaceutical giant Johnson & Johnson helped fund a 1960s prison experiment when a group of majority-black Pennsylvania prisoners were injected with asbestos to determine whether the substance was safe to use in talcum powder.

Documents confirming the company’s involvement were obtained by Bloomberg, tying the New Jersey-based company to controversial experiments led by Dr Albert Kligman, a University of Pennsylvania dermatologist whose human experiments have widely condemned as brutal and unethical. He died in 2010 aged 93.

Inmates at Holmesburg Prison in Philadelphia, Pennsylvania, were offered $10 to $300 – equivalent to between $100 to $2,500 in today’s money when adjusted for inflation – to take part in the study – though they were likely unaware of the significant risk they were undertaking.

Participants were injected with asbestos and talc – a powder that forms the base of J&J’s iconic baby powder product. Asbestos is an extremely dangerous chemical that is tied to lung cancers, among other conditions. 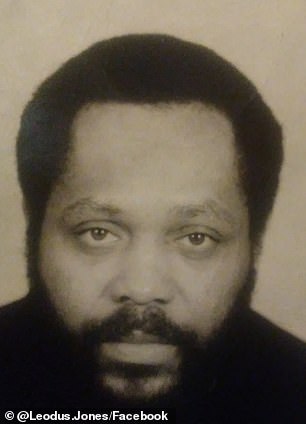 Dr Albert Kligman (left) is a disgraced former University of Pennsylvania doctor known for performing brutal, unethical, experiments on prisoners. One of those prisoners is Leodus Jones (right), whose daughter said her father ‘turned into a monster’ after seeing his injuries

Researchers hoped to determine whether asbestos could safety be used in talc-based powder without causing negative reactions from subjects.

Many participants were gravely harmed, though. One was Leodus Jones, whose daughter described his injuries has so jarring that he had turned into a ‘monster’. Jones died in 2018 aged 74, having suffered a lifetime of horrific pain as a result of the experiments.

Dow Chemical, a Michigan based chemical manufacturing company, and the U.S. government have been previously tied to these experiments as well.

This is another controversy for J&J regarding its baby powder products, as the firm is already facing thousands of lawsuits in recent years regarding use of talc and its potential for causing cancer.

The firm has already paid out billions in settlements due to its baby powder, which pushed it into filing for bankruptcy earlier this year. 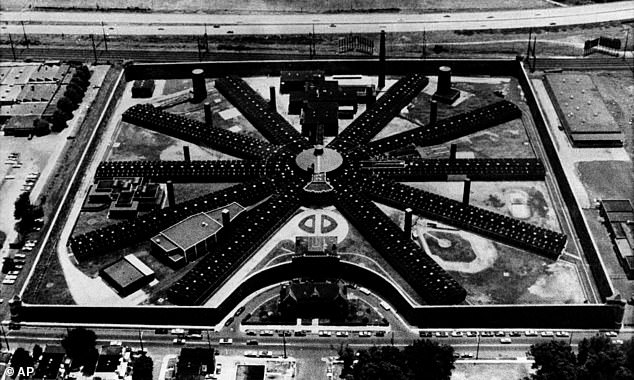 Knowledge of these experiments has been in the public domain for years, as their existence was revealed in previous court cases related to Dow Chemical, Bloomberg reports, though J&J’s involvement has just come to light.

‘We deeply regret the conditions under which these studies were conducted, and in no way do they reflect the values or practices we employ today,’ a J&J spokesperson told Bloomberg.

‘As the world’s largest healthcare company, our transparent, diligent approach to bioethics is at the heart of all we promise our customers and society.’

Kligman recruited ten prisoners for the 1971 study where he injected asbestos mixed with talc into the lower backs of participants.

Those injected with chrysotile asbestos developed granulomas, sores on the body caused by inflammation that often signal a deeper medical issue, one expert witness testified.

Other studies deemed unethical included a 1968 study where talc stored in difference containers was exposed to the skin of 50 prisoners – 44 of which were black – to see if they type of storage caused any negative effects on the skin of a person.

These experiments allegedly left the prisoners malformed and severely injured. 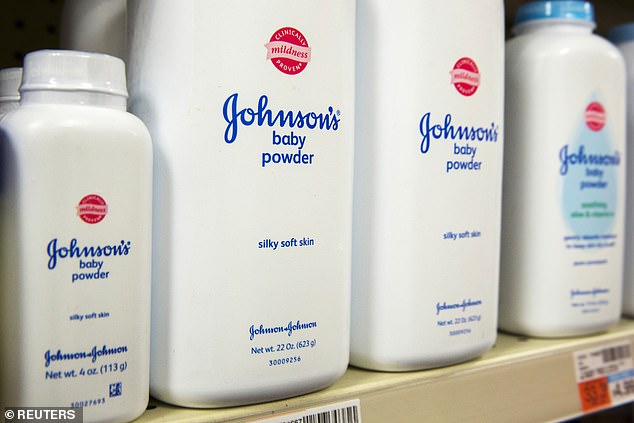 ‘I was four or five when I first saw my father’s back and it scared me so badly, I ran to my mother and told her that daddy had turned into a monster,’ Adrianne Jones-Alston, the daughter of Leodus Jones, one of the study participants, told a newspaper at the time.

The University of Pennsylvania has distanced itself from Kligman, and in 2021 issued and official apology for his actions.

‘Penn Medicine apologizes for the pain Dr Kligman’s work caused to incarcerated individuals, their families, and our broader community, Dr J Larry Jameson, executive vice president of the school, wrote in a letter.

‘While we cannot alter this history, the actions we are announcing today as an institution will change significant aspects of how we recognize Dr Kligman and his research, and will also devote substantial resources to research focused on skin of color and to education and patient care for underserved and vulnerable populations.’

The school also announced that an annual lecture and professorship named after Kligman would be renamed and established a scholarship fund for urban high school students interested in dermatology. 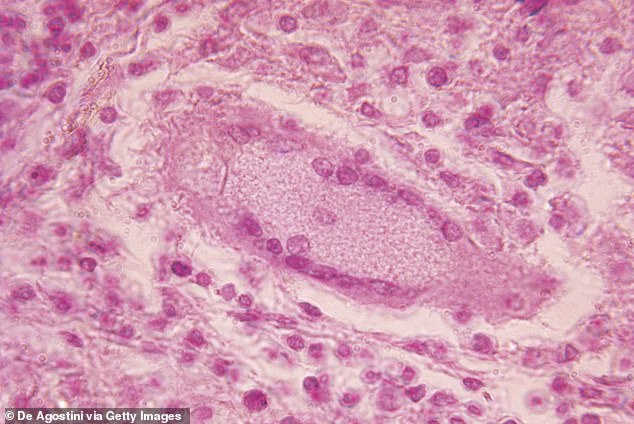 Some of the injuries reported by participants in the asbestos study include granulomas, where a cluster of skin cells become inflamed, causing warts and lesions 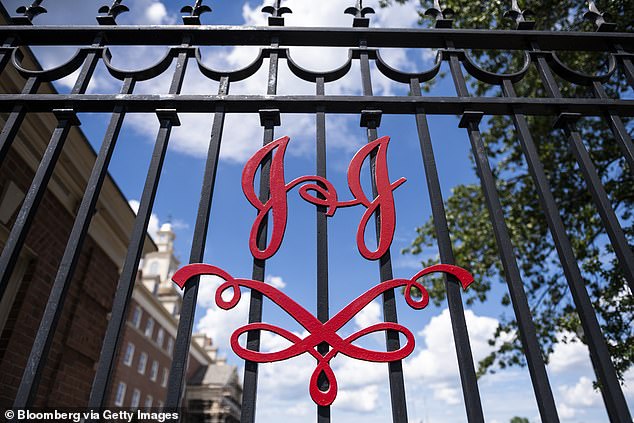 J&J filed for bankruptcy earlier this year, citing the $3.5 billion it has paid out in lawsuit settlements

This is just another one of many issues J&J has faced regarding its iconic talc-based baby powder product in recent years.

J&J is facing thousands of lawsuits after allegations arose that some its products that use talc – a type of mineral – often are contaminated with asbestos, which can pose a danger to its users.

Billions of dollars have already been awarded in damages to many women who developed cancer after using the products, which are popular for female hygiene.

While it is safe on its own, it is often produced from mines that contain asbestos, and cross contamination is possible.

Asbestos is a dangerous mineral and humans that are exposed to it are at a severe risk.

Inhaling asbestos can cause a variety of issues for a person. Mesothelioma, a cancerous tumor that can form on the outside of a person’s lungs, heart and other organs, is most commonly associated with the mineral.

In October 2019, the FDA recalled the J&J powder after finding traces of asbestos in a bottle.

The FDA then performed a review of J&J talc products, and detected asbestos in nine of 43 samples tested.

Asbestos has been linked to ovarian cancer in some women whose genitals are exposed to the mineral. It has also been tied to lung and laryngeal cancer. 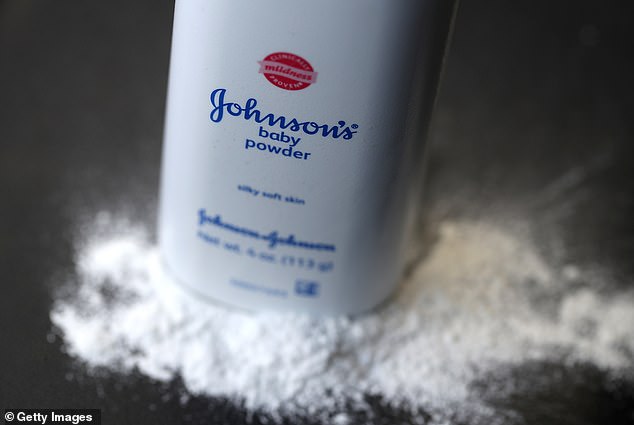 J&J’s baby powder is talc based, and while the compound itself is safe, it is often found in the same mines as the cancer-causing asbestos and cross contamination can be incredibly dangerous

J&J has denied the link between these cancers and talc, though revealed documents show the company had been aware of the risk of asbestos contaminating its talc as far back as the 1970s.

Up until 2018, it was still denying any potential contamination of its products with asbestos.

Costly lawsuits began to roll-in for the company as early as 2016, though.

In total, the company is facing nearly 40,000 lawsuits tied to potential dangers related to the use of their talc products.

While their products have already been pulled from shelves in the U.S. and Canada, they are still available in other parts of the world.

Last year, the Supreme Court turned away a different talcum powder case involving a $2 billion verdict. In total, the company has paid $3.5 billion in settlements related to the issue.