A pharmacist accused of murdering his wife so he could start a new life with his male lover and a £2m insurance payout told detectives he loved her and she was his ‘best mate,’ a court heard.

Mitesh Patel, 37, insisted he could tell his wife Jessica ‘everything’ and revealed she even knew he was gay but they had decided to ‘put it in the past’ and went ahead with three IVF attempts in the hope of having a baby.

He denies strangling her with a Tesco bag at their home in Linthorpe, Middlesbrough, on May 14 to cash in on her life insurance.

Teesside Crown Court has heard he was in love with a doctor named Amit Patel, who emigrated to Sydney and the pair swapped intimate messages.

Mr Patel also used dating apps to arrange sex with men – sometimes at the marital home, the jury has been told.

During a police interview four days after the murder, the defendant told detectives about his marriage to 34-year-old Jessica, saying: ‘We were very happy in our little world.

‘We always said to each other we’d like to have our own pharmacy.

‘That was our dream. We could work together and spend time together at home.

‘I didn’t need other mates. She was my best mate. She was my wife. I could tell her everything.

‘We didn’t have any like ‘what the wife doesn’t need to know doesn’t matter kind of thing’. We told each other absolutely everything. 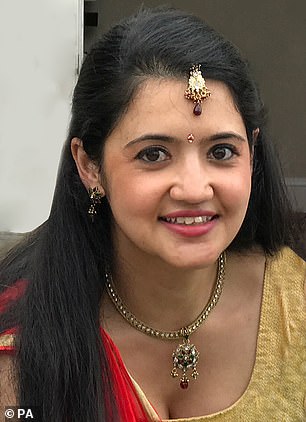 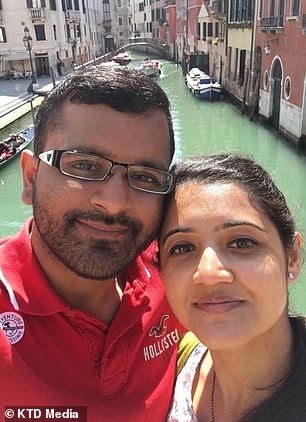 During a police interview four days after the murder, the defendant (right, with his wife) told detectives about his marriage to 34-year-old Jessica (left), saying: ‘We were very happy in our little world’

‘Sometimes she might not want to hear it but you still do.’

The pharmacist said the couple were trying to conceive and had undergone three cycles of IVF treatment.

This had caused his wife anxiety and she lost weight, he told police, and he urged her to stop worrying and they could foster, adopt or use a surrogate if IVF failed.

He told detectives he reassured her ‘it will just happen, if it doesn’t, we have each other’.

Patel said his wife was concerned that ‘culturally’, he could leave her if they could not have children. 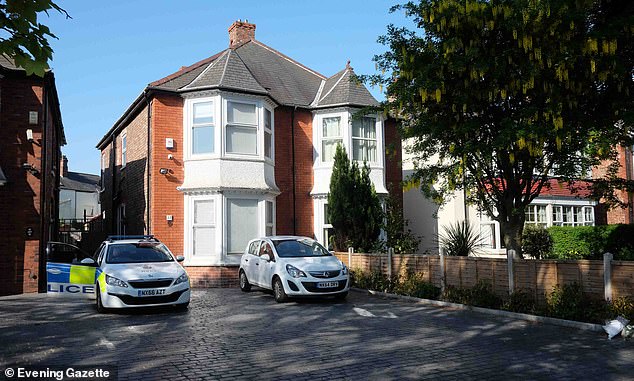 The couple’s home in Linthorpe, Middlesbrough, where Jessica was found dead

‘I was like ‘don’t be daft, that’s never going to happen’,’ he told the officers.

In the same interview, detectives asked him about the Grindr app and use of other gay sites they found on his phone.

He said: ‘It’s extremely embarrassing to discuss these things. Yes, Jess knew but we got past it and we agreed to put it in the past and have IVF.

‘From a cultural point of view it’s shameful to have entered and used these websites.’

He said he continued to use the sites and he confessed to his wife while they were on holiday in Fuerteventura the week before she was murdered. 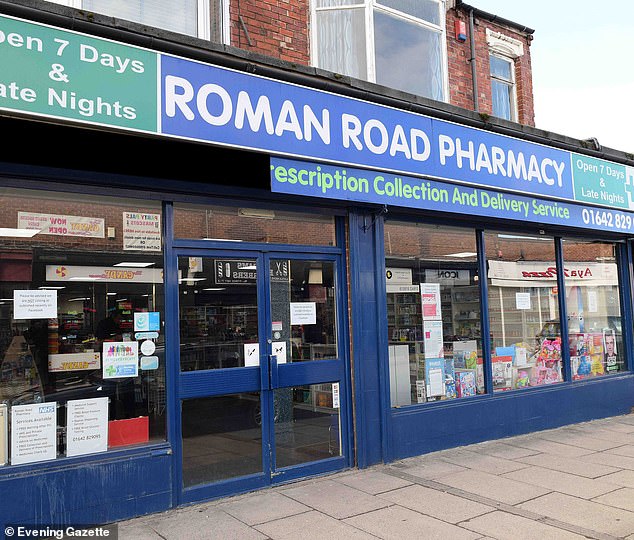 The Roman Road pharmacy in Middlesbrough where the couple worked

Patel wanted his marriage to work and intended to stop using the sites, he told police.

As the final police interview ended Patel was urged to tell the truth about what happened to his wife and replied: ‘I love her and would do anything for her.’

The detective replied: ‘But you won’t let us know how she died?’

He responded: ‘Because I don’t know.’

Patel will give evidence in his defence tomorrow morning, the jury was told.

The trial, expected to last at least another week, continues.