Pharmacists and nurses will soon be given powers to issue sick notes under reforms that could free up millions of GP appointments.

The law will be changed so patients no longer need to see their family doctor to be signed off work from July 1.

The move is set to ease pressure on GPs and leave them with more time for sicker patients and those with complex issues.

It was not clear last night whether the new powers will apply to pharmacists in high street chains such as Boots or just to healthcare professionals in GP surgeries.

The change comes amid record dissatisfaction with GP surgeries, with many patients frustrated over the struggle to get appointments to see doctors.

Last year GPs issued ten million ‘fit notes’, which have replaced sick notes, and they have been pushing the Government to change the rules so other healthcare professionals can issue them.

They say the administrative burden adds to their workload, contributes to stress and stops them helping those in need.

Health Secretary Sajid Javid vowed to examine the issue in a bid to improve access to doctors and lobbied the Department for Work and Pensions to make the change.

Legislation is expected to be laid before Parliament tomorrow, with the change applicable to England, Scotland and Wales.

It will mean that from next month nurses, occupational therapists, pharmacists and physiotherapists will be able to legally certify fit notes – something that at present only doctors can do. 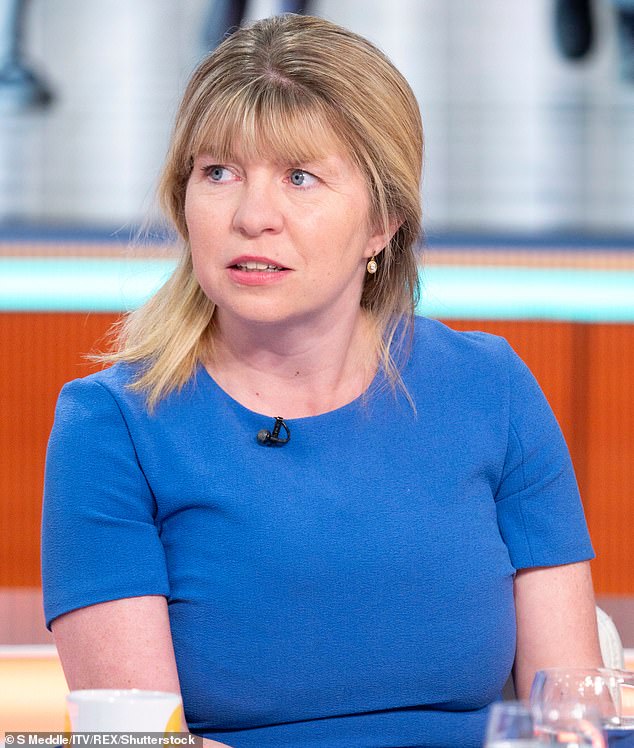 Maria Caulfield, minister for patient safety and primary care, said the move ‘is another step towards helping to deliver an extra 50million appointments by 2024’

The move is the most significant since the fit note’s introduction in 2010 and follows changes in April that allow for them to be certified and issued digitally, making the process more efficient for employees, employers and GPs.

Maria Caulfield, minister for patient safety and primary care, said the move ‘is another step towards helping to deliver an extra 50million appointments in general practice a year by 2024’.

Fit notes are issued to patients after the first seven days of sickness absence.

The doctor can decide if the patient is ‘unfit for work’ or ‘may be fit for work’ subject to advice on adaptations to job role or workplace, for example.

Other healthcare professionals will be expected to make the same assessments.

He added: ‘It would also recognise the role of some members of the wider practice team in giving patients advice.

‘Whilst this would be a positive step in helping to reduce the bureaucratic burden GPs face on a daily basis, ultimately the Government must take further action to address escalating workload in general practice and chronic workforce shortages.’

The plans were last night welcomed by patient groups.

Dennis Reed, of Silver Voices, which campaigns for the elderly, said: ‘This is a very welcome move that will hopefully free up GP time so they can see more patients.

‘Allowing other healthcare professionals to issue fit notes is a great way to reduce the paperwork that GPs often complain about.

‘I hope this will relieve some of their burden and make it easier for patients who need to see a GP to actually see one.’

The announcement comes after NHS Digital revealed stressed GPs are rushing through a fifth of appointments in five minutes or less. Eight in ten GPs fear patient safety is deteriorating as they deal with an average of 46 appointments a day instead of the safe limit of 25, the Rebuild General Practice campaign says.

GPs now care for 2,200 patients each as the NHS struggles to recruit enough family doctors to cope with soaring demand.

There are 3million more patients registered in England now than in June 2017 but the number of fully qualified GPs has fallen by around 1,300 over this period.

A survey earlier this year revealed patients’ satisfaction with their GP surgery has plummeted to its lowest ever level.

Nightmare of A&E with a 13-HOUR wait

A nurse was filmed telling patients they might have to wait a staggering 13 hours to see a doctor in an overcrowded accident and emergency department.

She said: ‘We’ve currently got 170 patients in the department. There are 90 patients waiting to be seen at the moment. Our current wait time for a doctor is seven and a half hours.

‘I will estimate by the time I go home in the morning at 8 o’clock some of you will still be here waiting for a doctor because the waits will get up to 12 or 13 hours.’

The unnamed nurse told the group at The Princess Alexandra Hospital in Harlow, Essex: ‘There are currently no beds in the trust. 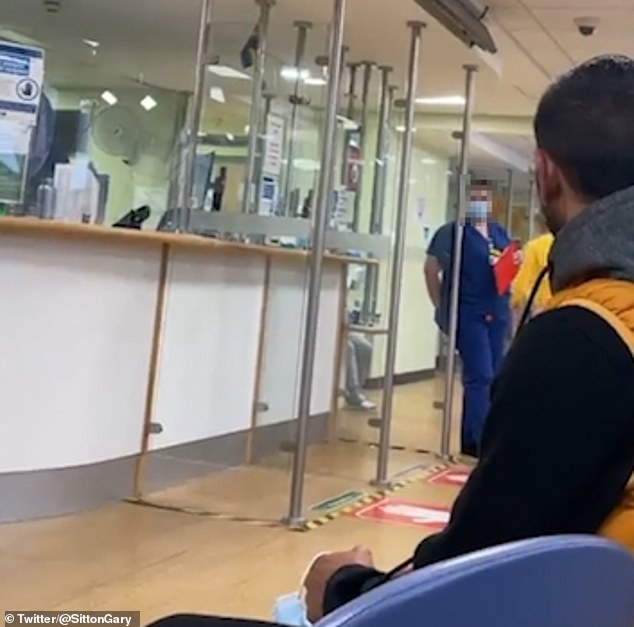 ‘We’re trying to make more space if we can but if people are admitted there’s a chance they’ll stay in A&E overnight.

Her announcement was filmed apparently by a patient on Monday evening.

Health Secretary Sajid Javid was played the clip on BBC Breakfast and said: ‘Of course, that’s not a thing that anyone wants to see.’

He added: ‘We think some 11 to 13 million people stayed away from the NHS because of the pandemic.

‘Many of those people are coming forward, many of those to A&E, and we’re seeing very high levels of demand.

‘That is a real challenge for the NHS across the system.’

The pressure on A&E departments has also been blamed on a shortage of GP appointments. Dennis Reed, of over-60s campaigning group Silver Voices, told MailOnline 13-hour waits were ‘completely unacceptable in the 21st century’.

Stephanie Lawton, of The Princess Alexandra Hospital Trust, said: ‘We are currently experiencing extremely high demand for our emergency care services and have seen a significant increase in attendances in our emergency department.

‘Our teams are working hard to assess and treat patients as quickly and effectively as possible to reduce delays, prioritising those in most clinical need.’