PHE warns to not prescribe antibiotics for sinusitis

GPs should not prescribe antibiotics for sinusitis, health watchdogs have urged.

Nice has announced new guidance that stresses most sinus infections will resolve without need for the drugs, which are slowly becoming ineffective.

Patients should instead ‘take it easy’ and dose up on paracetamol to combat their unpleasant symptoms, the advice states.

The recommendations, devised alongside Public Health England (PHE), also warn that there is little evidence oral congestants offer any relief.

It comes after Government data showed doctors were wrongly prescribing antibiotics to treat the viral infections, which is fueling drug-resistant superbugs.

It is estimated that antibiotic resistance will kill 10 million people each year by 2050, unless scientific breakthroughs are made immediately.

Nice has announced new guidance that stresses most sinus infections will resolve without need for the drugs, which are slowly becoming ineffective

Professor Gillian Leng, deputy chief executive at Nice, said: ‘Antibiotic resistance is one of the greatest dangers to our health, which is why we must all work together to fight it.

‘Our new guidance will help healthcare professionals to use antibiotics efficiently and only when they are really needed.

‘This will help to protect these vital medicines and ensure that no one experiences side-effects from a treatment they do not need.’

Most cases of acute sinusitis are caused by viral infections. It can cause a blocked nose or leave sufferers constantly blowing their nose to get rid of yellow mucus.

Antibiotic resistance is one of the greatest dangers to our health

However, Nice said data shows antibiotics are given to 91 per cent of people who visit their GP with symptoms of the condition.

Antibiotics are designed to kill bacteria, they don’t work to combat colds, coughs and sore throats, or any other viral bugs.

Inappropriate use of the drugs, such as taking them for viral conditions, is known to fuel resistance – an emerging threat to humanity.

Only if a patient has experienced symptoms for more than 10 days then they GPs should consider prescribing antibiotics, the guidance states. 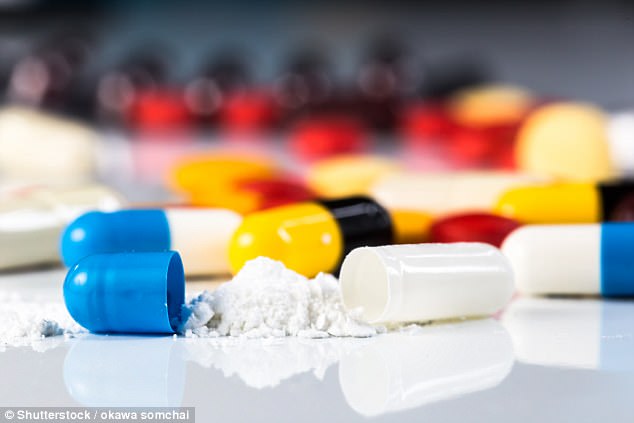 Professor Gillian Leng, deputy chief executive at Nice, said: ‘Antibiotic resistance is one of the greatest dangers to our health, which is why we must all work together to fight it’

The final guidance also found there to be no evidence to show steam inhalation, or warm face packs help.

THE SUPERBUG THAT IS RESISTANT TO ALL

A Nevada woman has been killed by a superbug that proved resistant to every antibiotic available in the US, a report revealed in January.

Doctors tried to cure the 70-year-old patient with 26 antibiotics after she was admitted to an acute care hospital in mid-August 2016.

But nothing stood up against the aggressive bacteria. She died two weeks later of septic shock.

The unprecedented case was revealed in the Center for Disease Control’s Morbidity And Mortality Report.

Four other patients were treated in the US for antibiotic resistance in 2016. But this case proved pivotal for the agency.

The woman was admitted to a hospital in Reno, Nevada, after an extended trip in India. During her trip, she fractured her right thigh bone.

Over the course of a number of hospital visits in India, this developed into an infection of the right hip and thigh bone, leaving her in incredible pain.

She said: ‘We know that most people with sinus infections will recover in a couple of weeks without needing any antibiotics.

‘Unless they are very unwell, the best thing to do is to take paracetamol and “take it easy”.’

Susan Hopkins, of PHE, said: ‘Using antibiotics when they are not needed means that they are less likely to treat future infections which may have become resistant.’

She warned this could potentially put ‘you and your loved ones at risk of longer and more serious infection’.

The move comes after England’s Chief Medical Officer warned the world is in danger of a ‘post-antibiotic apocalypse’ unless more is done to tackle superbugs.

Professor Dame Sally Davies earlier this month stressed that if antibiotics lose their effectiveness it will spell ‘the end of modern medicine’.

Around 700,000 people around the world die yearly due to drug-resistant infections including tuberculosis (TB), HIV and malaria.

For decades, antibiotics have been so overused by GPs and hospital staff that the bacteria have evolved to become resistant.

The World Health Organisation warned in September that antibiotics are ‘running out’ as a report found a ‘serious lack’ of new drugs in the development pipeline.