The father of one year 10 student who allegedly overdosed on a Russian drug in a Gold Coast high school says his son is ‘fine’ and back at home.

But he says he is concerned for the health of the other six students who took the same drug.

‘As far as I’m concerned [his son] was not sick. He was taken for observation and that’s as far as it goes, so the others I’m really concerned about because they got sick,’ the father of the 15-year-old told 9NEWS.

Seven year 10 students were hospitalised after a mass drug overdose at school. Pictured: One of the students is taken to an ambulance 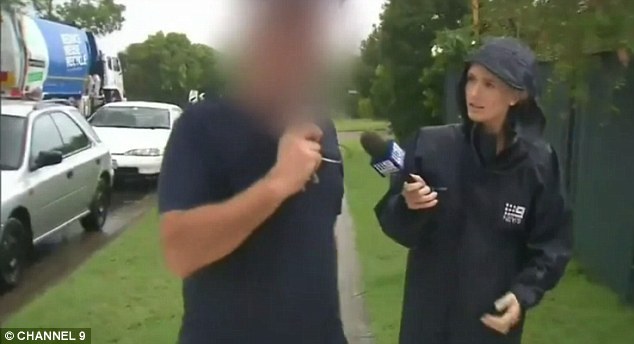 Six of the seven students at the prestigious Saint Stephens College who were caught up in the alleged overdose on school grounds and taken to hospital have now been sent home.

The school’s principal Jamie Dorrington said in a recent Facebook post: ‘Our College community has shown great strength and unity in the face of what has been a very emotional start to the year.’

He added: ‘The Queensland Police are working diligently, with the support of our school, to investigate what happened and to answer the many questions the event has raised. They need time to complete their inquiries.’

Police suspect the students bought the drug illegally on the dark web but the upcoming toxicology results will determine the drug that the six 15-year-old students ingested.

Young people are increasingly turning to a series of websites on the dark web known as ‘the eBay of drugs’ technology experts told the Gold Coast Bulletin.

‘Information given to students on drugs should not be a half an hour school lesson,’ he told the Gold Coast Bulletin. 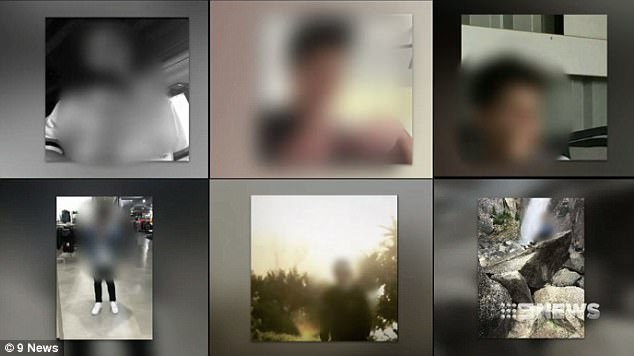 Six of the seven students at Saint Stephens College have now been discharged from hospital. One still remains at Gold Coast University Hospital

The students who allegedly overdosed on a Russian drug took hits of the powder throughout the day from as early as 9am, 9NEWS reports.

One of those in hospital ins the 15-year-old son of a prominent millionaire businessman, the Courier Mail reported, while another is the son of a teacher.

Police believe the students – six aged 15 and one aged 14  – used varying amounts of the drug in a number of doses throughout the day, first taking it on the school grounds before the school bell rang according to Nine News.

Students suffered from dizziness, nausea and had their bodily systems slow down. A witness told police she saw the students vomiting through their noses.

Witnesses said the students recorded videos of themselves using the drug on Snapchat.

Detective Senior Sergeant Greg Aubort said police were still awaiting toxicology results, and had yet to see video footage of the incident.

He said it was a warning about the dangers of drugs.

‘No illicit drug is safe. We need to make sure we get all these drugs off the street,’ he said.

Phenibut is a central nervous system depressant used to treat anxiety and insomnia.

It was first made in Russia in the 1960s and is marketed in the US as a dietary supplement designed to ‘help keep you calm’. 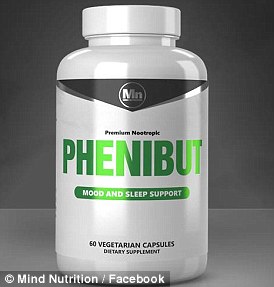 On February 1 Australia became the first country to make it illegal due to health concerns.

It is said to be highly addictive with side effects including headaches and depression.

Before the ban, it was easy to buy online without a prescription as a nutritional supplement in powder.

So little is known about Phenibut – the drug reportedly used by the students – that doctors at the Gold Coast University Hospital are struggling to work out the best way to treat the students.

Cases involving the drug, which is not sold in Australia after being made illegal just last month, are so uncommon that hardly any people in the healthcare industry know what it is.

The Queensland vice president of the Australian Medical Association Dr Jim Finn said there was a deficit of local knowledge about Phenibut.

‘No doctors in Australia are familiar with this drug,’ he told news.com.au.

‘There is no drug that is the same as Phenibut in the country. So we are really working with an unknown substance here in Australia.’

Made in Russia in the 1960s, Phenibut is a central nervous system depressant used to treat anxiety and insomnia.

It is marketed in the US as a dietary supplement designed to ‘help keep you calm’.

Daily Mail Australia found it selling online for as little as $20, as police investigate if the students bought it on the dark web.

Dr Finn also said he had only been aware of one such cases involving the drug in Australia in the last three years.

Medics are waiting for toxicology results before officially revealing which drug the students took. Pictured: Police at the school

In that case, the person bought the substance online to calm their nerves.

But instead they experienced some ‘tranquiliser-like’ side-effects, he told news.com.au.

Police have seized several mobile phones and electronic devices as part of their investigation.

Queensland Police has also requested toxicology tests to confirm exactly what was taken.

The video of the students taking the substance showed the label of the drug and the dosage they were taking, reported theCourier Mail.

Paramedics were called to the school in Upper Coomera at 12.48pm. Saint Stephen’s College teaches students from Kindergarten to Year 12

Medics are waiting for toxicology results expected on Thursday before officially revealing which drug the students took.

‘It would appear this was an overdose. We believe they have swallowed the drug,’ Pat Berry of Queensland Ambulance Service said.

He warned teenagers not to take drugs, adding: ‘It’s just Russian roulette. There really is no such thing as a recreational drug.’

‘There are several students that are actually helping us with the lines of inquiry we have got,’ Inspector Wormald said. Pictured: Paramedics at the scene

The teenagers were ‘giddy and nauseous’ and ‘unaware of their surroundings’ when paramedics arrived around 1pm.

They were all conscious when they were taken to hospital and placed in the Intensive Care Unit.

‘We are making some inquiries as to whether or not they have actually purchased it off the internet themselves,’ Inspector Tony Wormald said.

‘There is that possibility but it is early days in the investigation. It is a very sobering update really. It’s very serious.’ 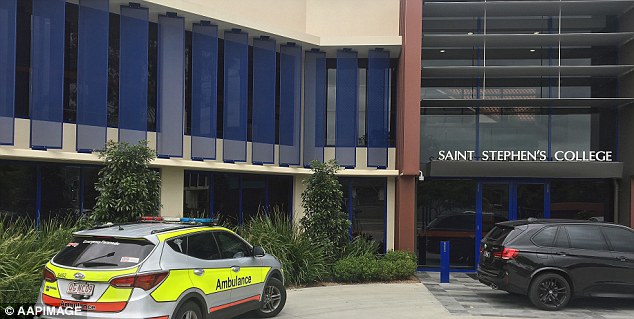 ‘It would appear this was an overdose. We believe they have swallowed the drug,’ Pat Berry of Queensland Ambulance Service said. Pictured: The school

‘There are several students that are actually helping us with the lines of inquiry we have got,’ Inspector Wormald added.

‘The taking of illicit drugs seems to be very prevalent at the moment.’

Police are trying to find out who supplied the drugs and warn they will face ‘serious charges.’

It comes just weeks after the school’s senior vice-captain Brittany Hills was found dead under a bridge at Paradise Point after a suspected suicide.

One mother told the Courier Mail: ‘We are still mourning one student. I don’t think anyone could cope with losing another.’