Phil Foden wins Premier League Young Player of the Year award for the second season in a row.

Phil Foden wins Premier League Young Player of the Year award for the second season in a row… with the Manchester City star seeing off the likes of Trent Alexander-Arnold, Mason Mount and Declan Rice after fine campaign for Pep Guardiola’s side

Phil Foden has won the Premier League Young Player of the Year award for the second season in a row.

The 21-year-old has played a crucial part for Pep Guardiola’s side as they look to retain the Premier League title on Sunday.

He has matched his goal contribution return of last season with nine goals and five assists to his name, with just one game left to play against Aston Villa. 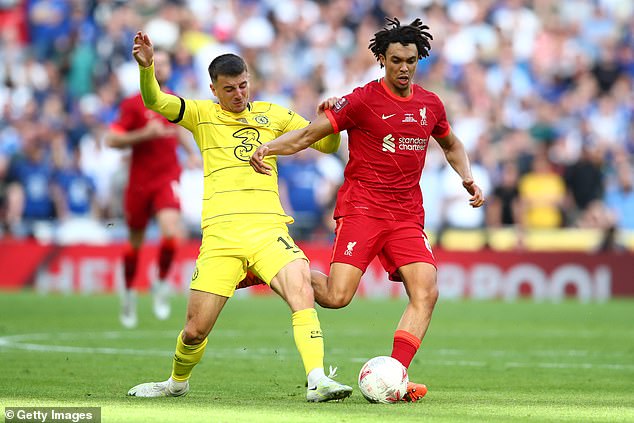 ‘I am very proud to have won this award for a second season in a row,’ Foden said after winning the fan vote. 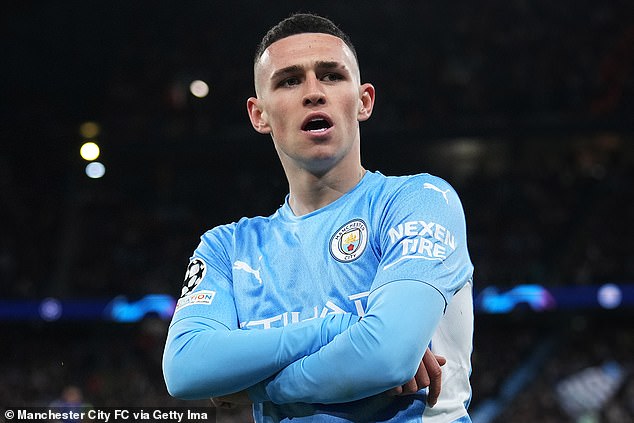 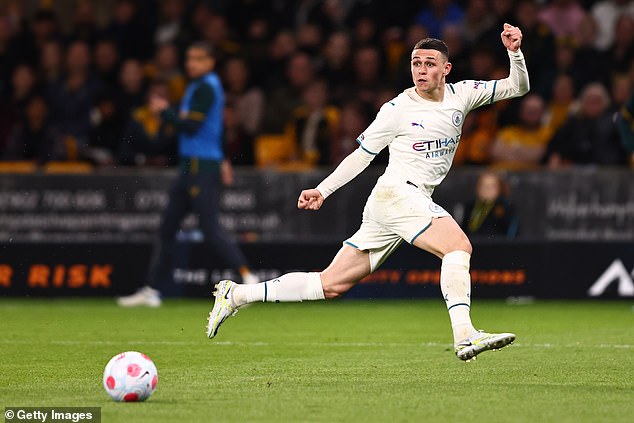 ‘There are so many talented young players in the Premier League this season and it is a real honour to win it again.

‘I have been really happy with my performances this season and it has been great to contribute to this team in what will hopefully be another successful year for us all.

‘To be nominated alongside so many great players is an honour as they have all had great seasons for their clubs.

‘I would like to thank everyone who has contributed to my development this season.’

Foden first established himself as a regular part of the City team during their league winning campaign last season. 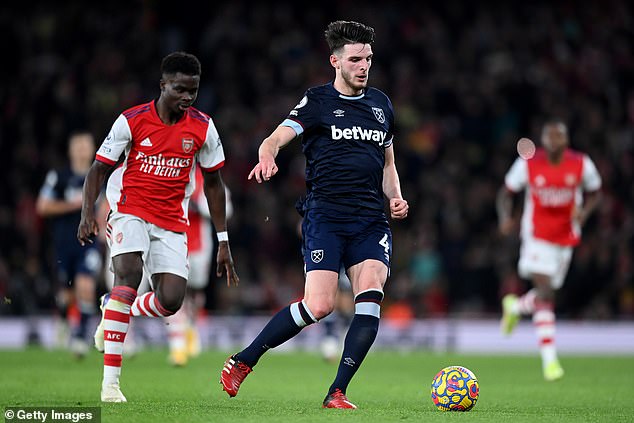 His award win comes despite strong challenges from a number of other candidates who have enjoyed great seasons.

Chelsea star Mount is one of only three players, alongside Liverpool’s Mohamed Salah and West Ham’s Jarrod Bowen, to have at least ten goals and assists this season.

Arsenal star Saka meanwhile has scored 11 goals and six assists this season as the Gunners have pushed for a return to the Champions League. 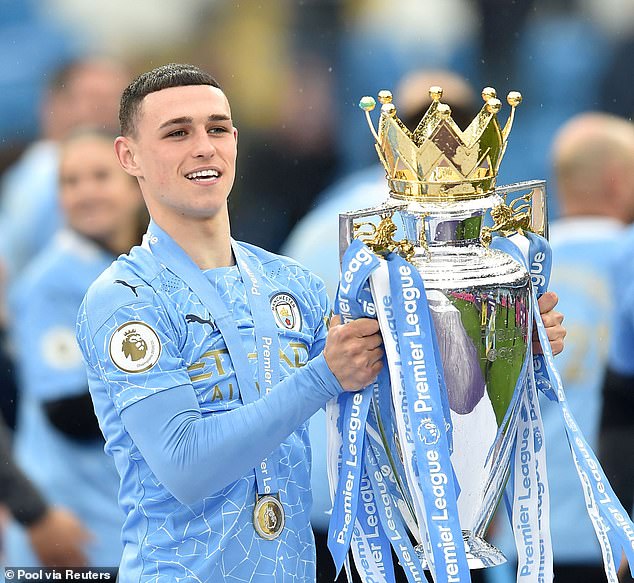 Liverpool full-back Alexander-Arnold, was a strong contender after his excellent performances to help the Reds reach three cup finals, and are still in contention to win the Premier League title on the final day.

Only Salah has more assists than Alexander-Arnold’s 12 in the top flight this season.

West Ham midfielder Rice has also impressed many with his strong performances in the centre of the park, as the Hammers have pushed the top six again this season, while also reaching the semi-finals of the Europa League.

Alexander-Arnold is one of eight candidates for the Premier League Player of the Year, alongside Salah, Bowen, Joao Cancelo, Kevin De Bruyne, Saka, Son Heung-min and James Ward-Prowse.

Pep Guardiola and Jurgen Klopp are on a five-man shortlist for Manager of the Season and are joined by Patrick Vieira, Eddie Howe and Thomas Frank.