Phil Mickelson’s wasted no time in responding to Tiger Woods’ comments on the ‘enormous loan’ the PGA Tour took out in 2020, citing the Tour’s failure to disclose its yearly tax returns on previous years.

On Monday, Woods, who pulled out of the Hero World Challenge, was asked if Mickelson was owed an apology for joining the controversial LIV Golf series with players on the traditional tour now able to earn more amid the threat of the Saudi-backed event.

‘No, absolutely not, no,’ Woods said.

‘So we took out an enormous loan. It worked, it paid off in our benefit, hence we were able to use that money to make the increases that we’ve made.’

Phil Mickelson, who joined LIV Golf earlier this year, fired back at Tiger Woods’ comments on the PGA Tour’s transparency over its financial muscle 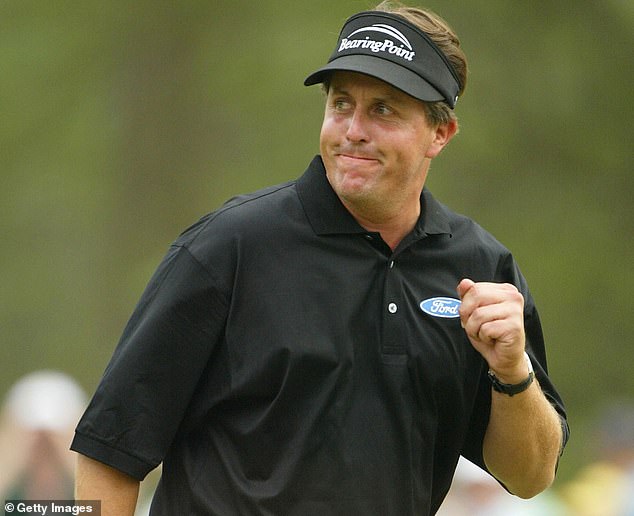 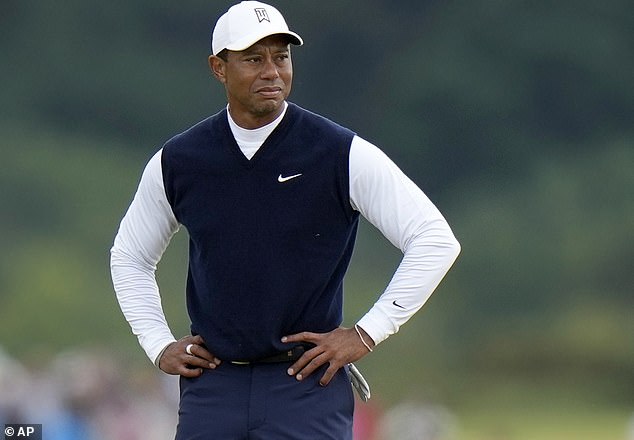 On Monday, Woods said Mickelson shouldn’t be an owed an apology for any of the criticism he received after ditching the PGA Tour earlier this year

On Wednesday, Mickelson took to Twitter to respond to the 46-year-old Woods, disclosing certain components from the Tour’s 2018 tax return filing.

Bob Harig, of Sports Illustrated, then revealed that the Tour had to rectify Woods’ remarks.

‘The PGA Tour clarified today that it did not take out a loan to deal with the pandemic in 2020 as Tiger said during his news conference…,’ he said. ‘The Tour used reserves and ‘mitigating actions’ and would have seen a significant reduction in reserves w/o a return to golf in June 2020.’ 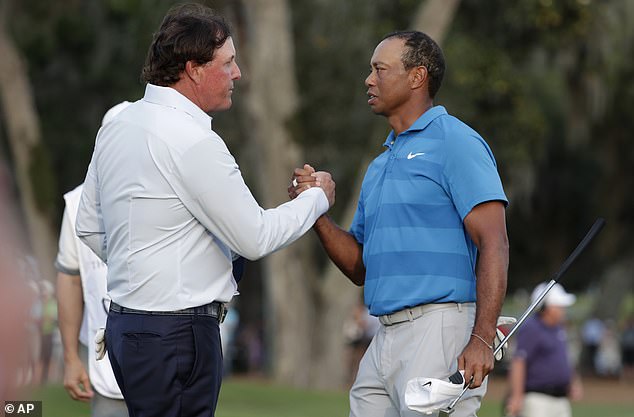 Phil Mickelson, left, and Tiger Woods, right, shake hands after the first round of the Players Championship golf tournament in Ponte Vedra Beach, Florida, in 2018

The Tour further clarified that Woods might have been referring to reserves dropping below $100 million if golf had not restarted by the end of 2020, according to Sports Illustrated.

Mickelson has previously criticized the PGA Tour’s financial affairs, claiming the golf association was ‘already sitting on an $800million cash stockpile’ in an interview with sportswriter Alan Shipnuck.

‘How do you think they’re funding the [Player Impact Program]?’ the golfer famously nicknamed ‘Lefty’ said at the time. ‘Or investing $200 million in the European Tour? The Tour is supposed to be a nonprofit that distributes money to charity. How the [hell] is it legal for them to have that much cash on hand? The answer is, it’s not.’

Meanwhile, Woods revealed that a plantar fasciitis in his right foot has ruled him out from making a long-awaited return to golf at the start of December. 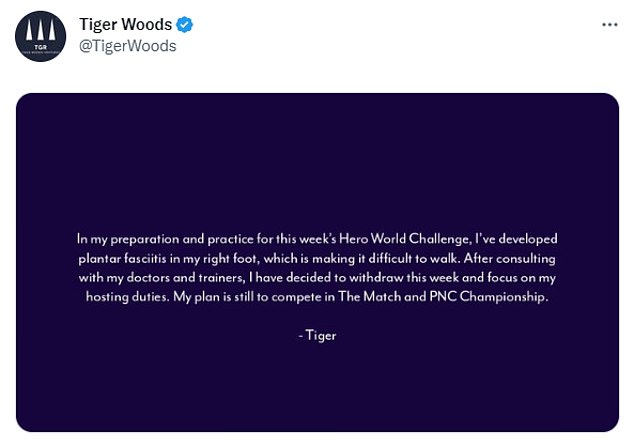 Woods, the tournament’s host, announced he was withdrawing from the Hero World Challenge 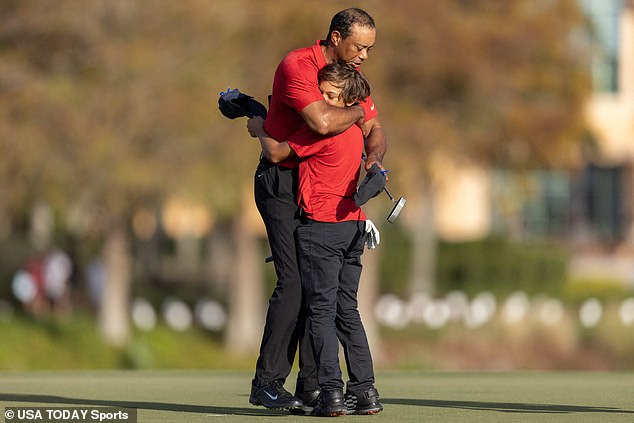 The five-time Masters winner hasn’t played competitive golf since July at The Open in St. Andrews. However, he still plans in competing in The Match this weekend and the PNC Championship with his 13-year-old son on December 17-18.

Woods has played only three tournaments this year because of a right leg weakened by a February 2021 car crash outside Los Angeles that shattered so many bones that Woods said doctors contemplated amputation.

The six-foot-one golfer has said he would have a limited schedule going forward, and this year was an example of what to expect. He has also hinted at potentially retiring as he is unsure of whether he could still physically complete another Open.

Woods is No. 1,277 in the world’s current rankings but is widely regarded as one of the best golfers of all time, having won five Masters, four PGA championships, three US Open and a further three Open titles.

He is also tied joint-first in PGA Tour wins (81) and is currently an inductee of the World Golf Hall of Fame.