Phil Neville has quit as manager of England Women and agreed a two-year deal to become the boss of David Beckham’s MLS franchise Inter Miami.

Inter Miami want the 43-year-old to take charge ahead of the new season after former manager Diego Alonso and the club mutually agreed to part ways earlier this month. 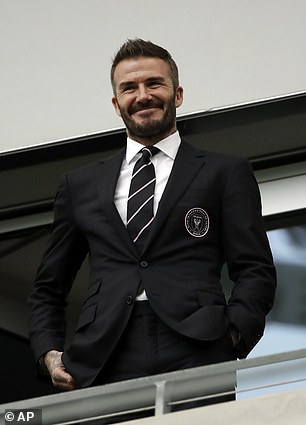 Neville said: ‘I am incredibly delighted for this opportunity to coach Inter Miami and to work with Chris and the entire ownership group.

‘This is a very young club with a lot of promise and upside, and I am committed to challenging myself, my players and everyone around me to grow and build a competitive soccer culture we can all be proud of.’

‘This fantastic soccer-loving market deserves consistent performances and a winning mentality, and I look forward to getting to work.’

Beckham said: ‘I have known Phil since we were both teenagers at the Manchester United Academy.

‘We share a footballing DNA having been trained by some of the best leaders in the game, and it’s those values that I have always wanted running through our club. 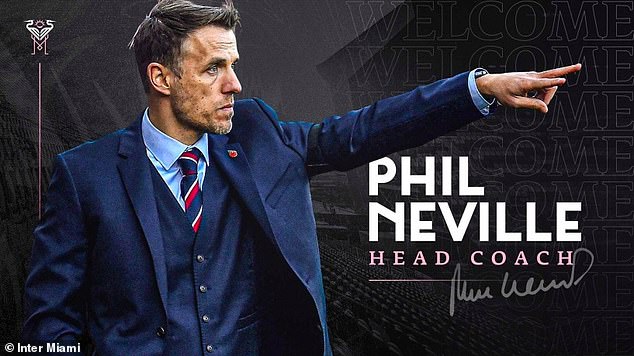 ‘Phil has deep experience in football, as a player and as a coach at both club and international level, and over his career he has worked with many of the finest managers and players in the game.

‘I know his qualities as a person, his decency, loyalty and honesty – and his incredible energy and work ethic. Anyone who has played or worked with Phil knows he is a natural leader, and I believe now is the right time for him to join.’

Neville, who was hired as head coach of the Lionesses in January 2018, had already announced last April that he would move on this summer.

But his decision to end his reign early means the FA must now scramble to find a new Team GB boss for July’s Tokyo Olympic Games.

Holland’s Sarina Wiegman has already been hired as a long-term replacement but she will not take over until after the Olympics.

Wiegman, named FIFA women’s coach of the year in December for her work with Holland, was appointed last August to lead England at the 2022 European Championship and through the qualification programme for the 2023 World Cup. 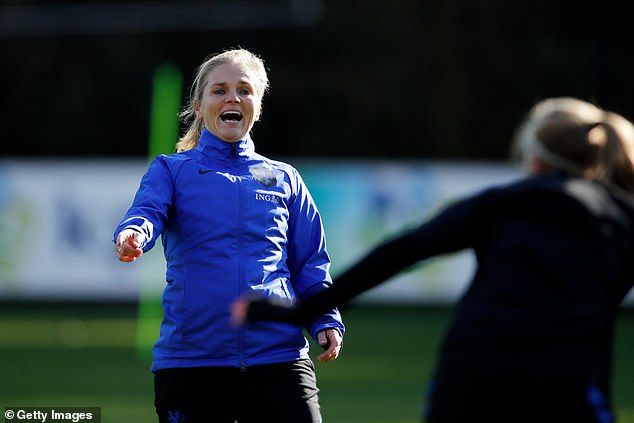 In a statement, Neville said: ‘It has been an honour to manage England and I have enjoyed three of the best years of my career with the FA and the Lionesses.

‘The players who wear the England shirt are some of the most talented and dedicated athletes I have ever had the privilege to work with. They have challenged me and improved me as a coach, and I am very grateful to them for the fantastic memories we have shared.

‘I’d like to thank the FA for the tremendous backing they have given me, in particular Sue Campbell and my talented support staff whose energy, commitment and enthusiasm has been crucial to helping us make the progress we have.

‘I wish England Women every success in the future and look forward to following their journey in the years to come.’

FA Director of Women’s Football, Baroness Sue Campbell added: ‘I want to pay tribute to Phil for his significant contribution during his three years with The FA.

‘After steadying the ship at a challenging period, he helped us to win the SheBelieves Cup for the first time, reach the World Cup semi-finals and qualify for the Olympics. Given his status as a former Manchester United and England player, he did much to raise the profile of our team.

‘He has used his platform to champion the women’s game, worked tirelessly to support our effort to promote more female coaches and used his expertise to develop many of our younger players.’ 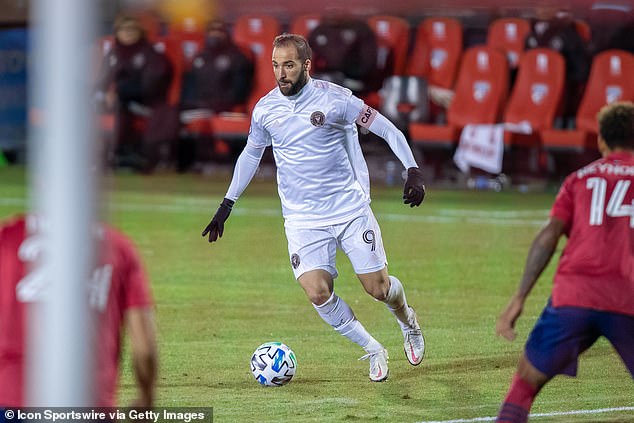 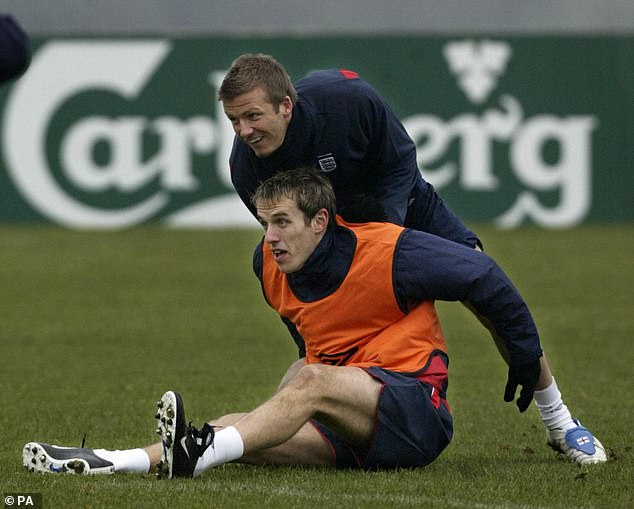 As Sportsmail reported earlier this month, Neville is excited about the prospect of a new challenge.

Beckham has big ambitions for Inter Miami, who only finished 10th in the 14-team Eastern Conference last season.

Following the season’s return after the enforced break due to coronavirus, the club performed poorly to the end of the campaign and finished bottom of their ‘MLS is back’ group.

That meant the Inter Miami won just seven of their 23 matches, losing 13 times, a sequence that led to Alonso’s exit from the club.

Neville has also had his critics leading England, but did take them to the 2019 World Cup semi-finals and victory in the SheBelieves Cup since taking over three years ago.