Bhupinder ‘Gagan’ Singh, 30, never responded to the suit and is at large

The family of a woman who was found dead in a locked car under a pile of clothes in 2014 has won a $10 million civil verdict against her boyfriend, although no criminal charges have ever been filed in the case.

The family of 22-year-old Nadia Malik, who was found dead in Philadelphia on February 20, 2014, spoke out in an interview published on Wednesday after winning the default judgement in July.

Nadia’s boyfriend, 30-year-old Bhupinder ‘Gagan’ Singh, never responded to subpoenas in the civil suit and his whereabouts are unknown. A judge entered the default $10 million judgement against him after he failed to hire a lawyer or respond to the suit for two years.

‘The only reason we did this was thinking he’d come and defend himself,’ Nadia’s brother Khaled Malik told the Philadelphia Inquirer. ‘We just wanted some explanation, some words out of him, but we didn’t even get that. You could have a $100 million award. It doesn’t mean anything.’ 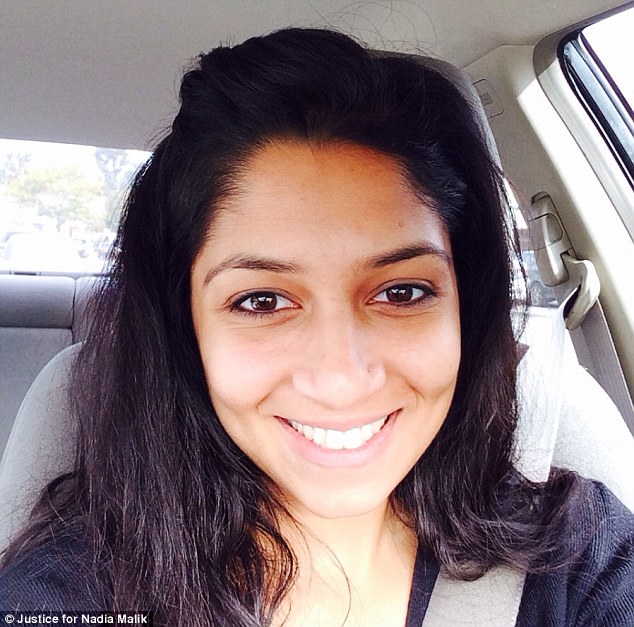 The family of 22-year-old Nadia Malik (above), who was found dead in Philadelphia on February 20, 2014, won a default judgement of $10 million against Singh in a civil suit 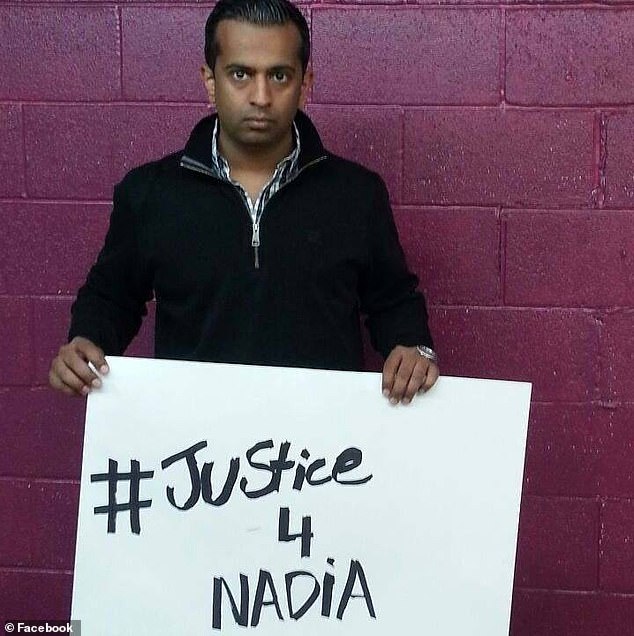 Nadia’s brother Khaled Malik (above) said of the lawsuit against Singh: ‘We just wanted some explanation, some words out of him, but we didn’t even get that’

Nadia met Singh when she was in junior high school, and continued to date him against the wishes of her family, her father Habeeb Malik said in court.

She was a freshman at the University of the Sciences when she got pregnant for the first time, and the couple went on to have two more children – one of whom, Alina, was found dead in a parked car in February 2012 at just three months old.

The medical examiner found Alina’s cause of death to be cachexia, a type of muscle atrophy known as ‘wasting syndrome’. But the infant’s manner of death was undetermined, just as her mother’s would be two years later.

Nadia’s family last heard from her on February 9, 2014, when she called her brother in a panic, saying that she was being ‘held against her will’ and was ‘trying to get away’ from Singh, according to court documents.

The family was immediately concerned. A month prior, Nadia had suffered a broken rib at Singh’s hand, according to the family’s lawsuit.

Doctors had prescribed Nadia a powerful narcotic painkiller, and she told family members that she suspected Singh was trying to give her an overdose by slipping extra pills into her food, the suit claims. 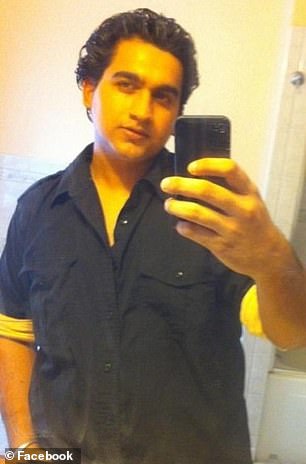 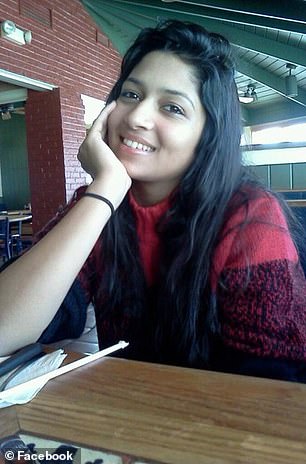 Singh (left) and Nadia (right) had been arguing because he wanted to marry her, but she refused and wanted to leave him, her family said

The couple had been arguing because he wanted to marry and she wanted to leave him, her family said. Singh had applied for a marriage license in July 2009, but the completed application was never returned with both signatures.

Frantic with worry, Nadia’s family filed a missing person report the day after her ominous call saying that Singh was holding her captive.

As Nadia’s family searched for her, Singh sent them a string of taunting text messages from her phone, claiming they were traveling and demanding $100 if they wanted to talk to her.

When they refused to pay, he threatened to break the phone in text messages obtained by DailyMail.com.

‘Okay think whatever bye I promise u this now u wont hear her ill f**kin make sure bye u lost the chance dickhead,’ Singh wrote to Nadia’s family.

‘Look for us in the whole United States, I guarantee my life u wont find us.’

Police tracked Singh using Nadia’s phone signal, and found that he had traveled to east to New York City before doubling back west and taking a bus to his parent’s home in the Cleveland suburbs.

Singh tried to flee police out the back door of his parents’ home on February 12, which gave cops probable cause to arrest him for violating his probation on a prior DUI conviction.

When police searched Singh, they found Nadia’s driver’s license and cellphone, which Singh admitted he had used to send texts to members of the family.

Two days later, on February 14, an alert citizen called police with a tip on a vehicle that matched the description of one connected to Nadia’s disappearance.

Police found the 2007 Nissan Altima parked in Philadelphia’s University City neighborhood, covered in snow and eight parking tickets – the earliest of which was issued the day Nadia was reported missing. 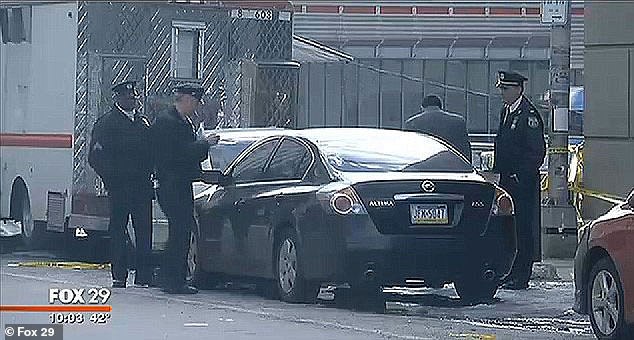 Police found the 2007 Nissan Altima (above) parked in Philadelphia’s University City neighborhood, covered in snow and parking tickets – with Nadia’s body face down in the front

Inside the car, face down on the front seat and covered with clothes and a gym bag, was Nadia’s body. Near her was a marriage license that had only Singh’s signature.

The body had no visible signs of injury. Toxicology tests were inconclusive. The medical examiner entered both her cause and manner of death as ‘undetermined’.

Singh served several months in prison for the probation violation, but was never charged in connection with Nadia’s death. In May of 2014, he was released on parole, forced to surrender his passport and placed on electronic home monitoring. In April of 2016, he failed to report to his parole officer and disappeared.

Nadia’s family has never given up hope of finding justice in her case. In 2016, they filed the lawsuit against both Singh and his father, arguing that the father should not have lent the Nissan to his son knowing that he had a suspended license for a DUI.

Neither Singh nor his father ever responded to subpoenas in the suit.

In a hearing for the case, Habeeb Malik, Nadia’s father, told the judge her death had been devastating for the family. 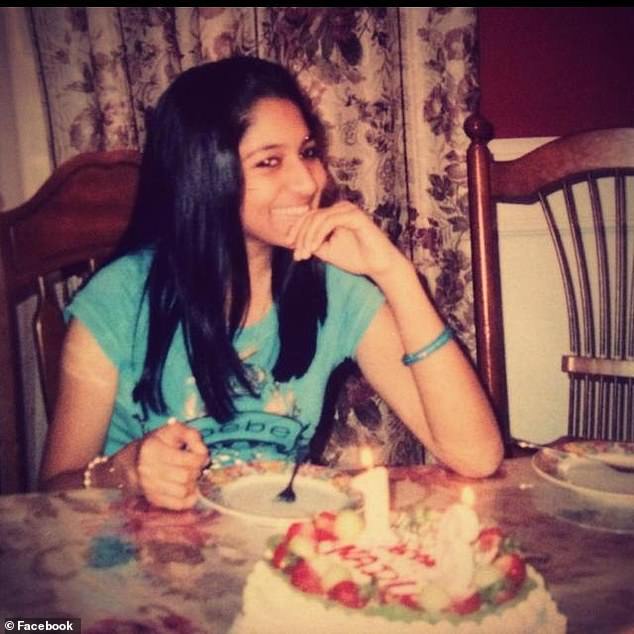 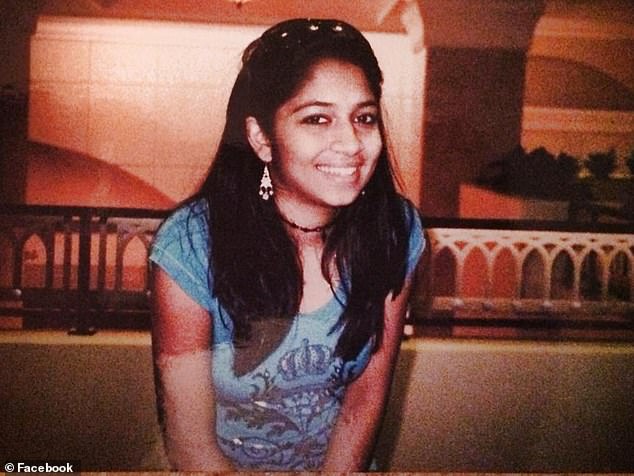 Nadia was trying to leave Singh at the time she was found dead, according to her family

‘My wife and I, my children and my grandchildren, all of us are suffering and going through the pain of her absence every day and hour in our life,’ he said at a May hearing to assess damages in the case.

‘These two criminals, they have taken away the happiness, they snatched it from our lives and we can never be fully happy again.’

In entering the default judgement, Judge Denis P. Cohen did not rule on the merits of the family’s claim that Singh was responsible for Nadia’s death. He also did not explain how he arrived at a $10 million verdict.

The family says that any money they manage to recover in the suit will go to the Nadia and Singh’s 8-year-old son and 5-year-old daughter, who are now living with her parents.

Bhupinder ‘Gagan’ Singh is wanted on an active warrant in Delaware County, Pennsylvania for violating his parole.

Anyone with information on Singh’s whereabouts is urged to contact the Delaware County Sheriff’s office at 1-877-792-6833 or email rwanted@co.delaware.pa.us.