Philadelphia hit man, 25, is charged with four murders as cops hunt for the link between victims

Steven Williams, 25, was charged with four murders, weapons offenses, conspiracy and tampering with evidence on Friday

A Philadelphia hit man who allegedly collected thousands of dollars for his kills was charged Friday with four separate murders dating back to September 2018.

Steven Williams, 25, has been described as a ‘contract killer’ who carried out a ‘streak of wanton, violent crimes’ in Philadelphia over the course of nine months.

According to KYW News radio, police believe the hit man who could be responsible for many more deaths.

They are also still hunting for the link between the murdered men.

Williams was already being held at SCI Mahanoy in Frackville for unrelated crimes that took place in Montgomery County but was brought back to Philadelphia Wednesday to face the new charges.

According to the Philadelphia Inquirer, Williams initially denied any knowledge of the crimes but has now says he knows of them.

He claims, however, that he is being made the ‘fall guy’ by others.

He was charged with the four murders as well as weapons offenses, conspiracy and tampering with evidence on Friday. 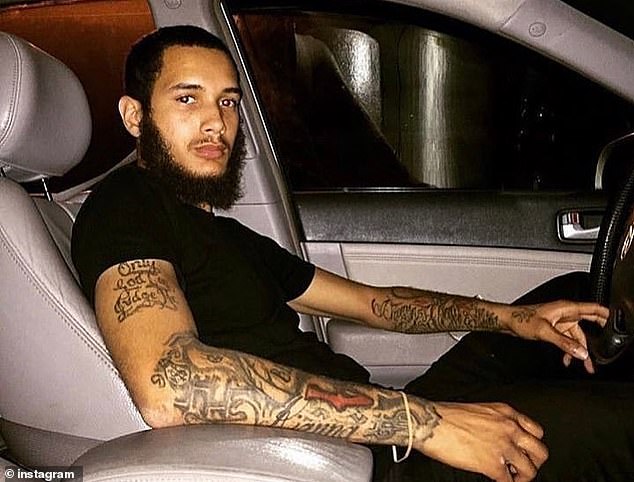 Police claims Steven Williams, 25, was a contracted killer who earned thousands for his hits 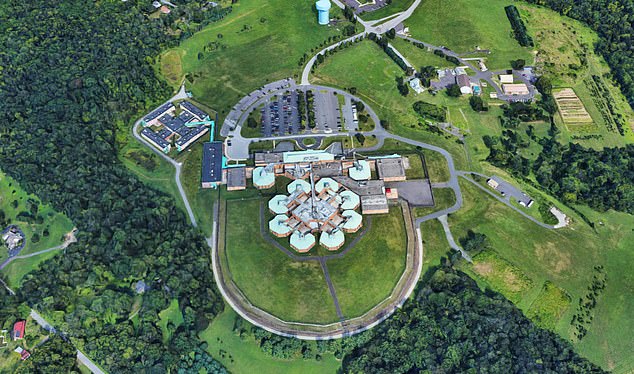 Williams was already being held in SCI Mahanoy in Frackville, pictured, for unrelated crimes but was brought back to Philadelphia Wednesday to face the new murder charges 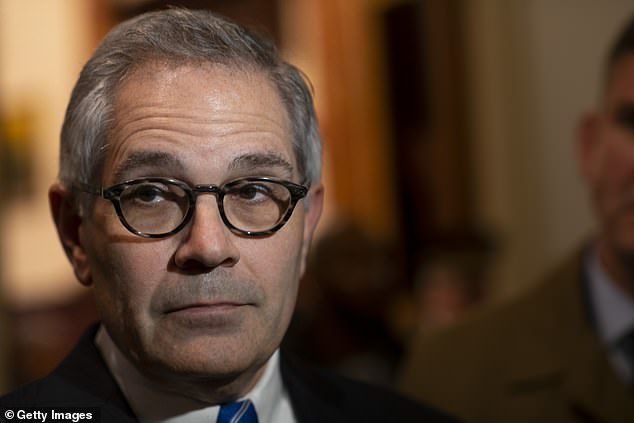 Philadelphia District Attorney Larry Krasner, pictured, said Friday that Williams was guilty of a ‘streak of wanton, violent crimes against our communities over the past two-plus years’

‘His streak of wanton, violent crimes against our communities over the past two-plus years ends today.

‘I would like to thank the Philadelphia Police Department for their investigation and my office’s Homicide Unit for moving forward with this case.

‘Despite the closure of most court functions, we will proceed as quickly as possible to bring him to justice, and to support those who have been mourning his victims for years,’ Krasner added.

The first murder Williams has been charged with took place on September 8, 2018, in the 1900 block of Hartel Avenue.

Police responded to a call of a shooting to find 35-year-old William Crawford shot multiple times.

It is believed to have happened early morning as Crawford was getting out of his white Dodge Journey to visit his sister in Rhawnhurst.

Police say he was approached by Williams who was wearing jeans and a black hooded sweatshirt with a white design on the back.

The victim, Jermaine Simmons, 39, was shot multiple times while sitting in a car in front of his home at about 5pm.

He was taken top Einstein Medical Center where he later died. 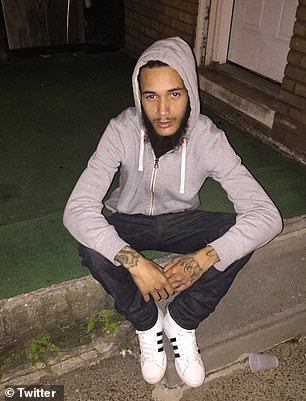 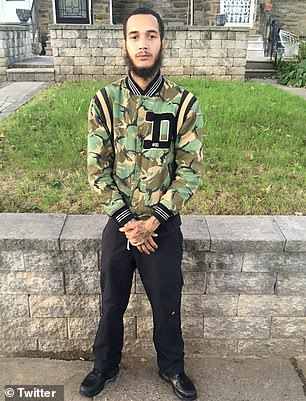 Steven Williams, 25, pictured, has been described as a ‘contract killer’ who carried out a ‘streak of wanton, violent crimes’ in Philadelphia over the course of nine months 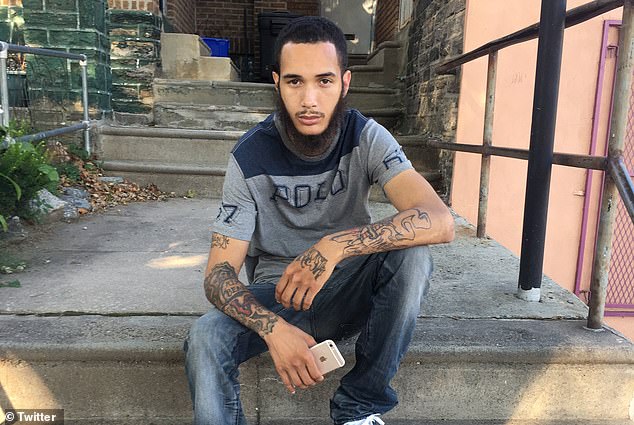 The third victim was shot and killed while sitting on the porch of a home on March 25, 2019, at around 4pm in the 100 block of Meehan Street in the East Mount Airy.

The 31-year-old man was later identified as Richard Isaac.

He was shot multiple times in the head and chest.

The fourth and final victim identified by police was shot and killed while sitting in his son’s car near Girard College on May 4, 2019.

KYW News radio reports that a car pulled up next to Leslie Caroll, 46, and a passenger inside shot at him.

He was transported to Temple University Hospital where he later died.

Police have released no further information on the potential motives behind the crimes.

The father of first alleged victim William Crawford has said he felt a ‘sigh of relief’ to know Williams had been charged.

‘One thing that helps a little bit more is that he was charged with three other murders. So, my premise has always been to help other families as well as my family,’ Stanley Crawford told the Philadelphia Inquirer.

Williams is being held without bail and is being represented by the Defender Association of Philadelphia.

He will have a preliminary hearing on July 1.