Six Philadelphia police officers were shot on Wednesday during a drug raid on a home where a shooter is holed up and continues to fire from the residential building.

Philadelphia Police said the officers did not have life-threatening injuries.

A seventh officer was injured in a car accident on his way to the scene. Six officers were transported to Temple University Hospital and the seventh was taken to Einstein Medical Center.

The situation started unfolding around 4.30pm along the 3700 block of North 15th Street on Wednesday afternoon. Police said a male suspect began shooting from a home in the area.

Local reports described ‘rapid fire’ that has taken place at least every 20 minutes.

Two drugs squad officers were holding individuals they had arrested inside the same building as the shooter, with two officers barricaded inside.

The shooter was moving up and down the interior stairs in the building shooting into the ceiling and outside, according to Fox 29. 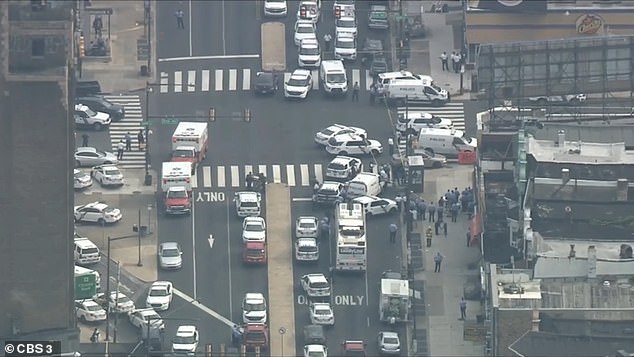 Authorities did not reveal the conditions of the injured officers. One officer appeared injured and was taken away in a police car. Officers take positions along the block (pictured) as they attempt to control the shooter situation

The Bureau of Alcohol, Tobacco, Firearms and Explosives said numerous agents are responding to the scene to assist Philadelphia police, including SWAT.

Mayor Jim Kenney and District Attorney Larry Krasner arrived at Temple hospital shortly after the injured officers were transported there.

Footage from ABC6 shows officers lining the street and surrounding a building with their guns drawn as a gunman fired shots at police.

Police are asking that news helicopters stay away from the area as they are hindering operations.

Officers could be seen crouching behind police vehicles on the blocked off street.

Multiple officers took cover alongside a building as the unidentified gunman continued to fire at them. 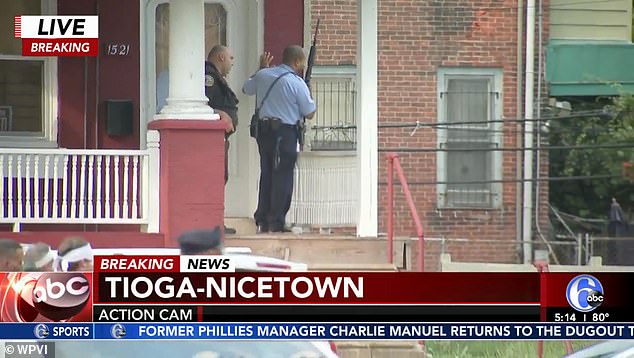 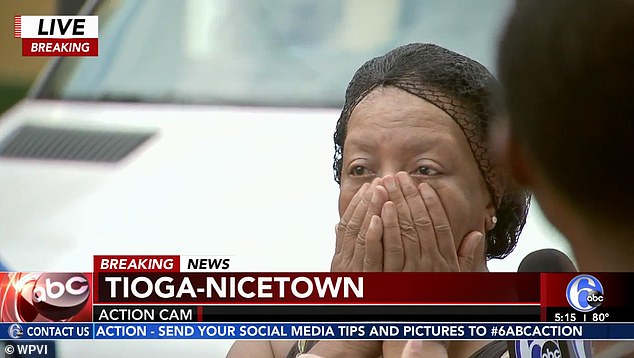 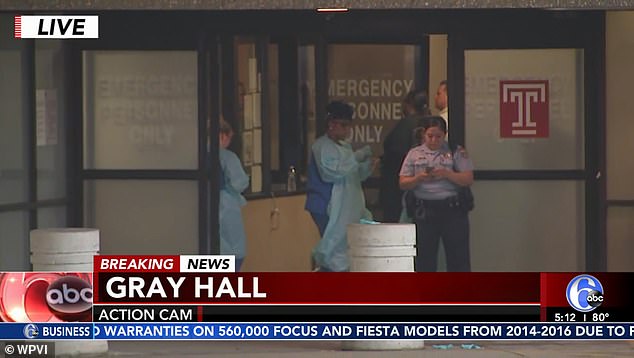 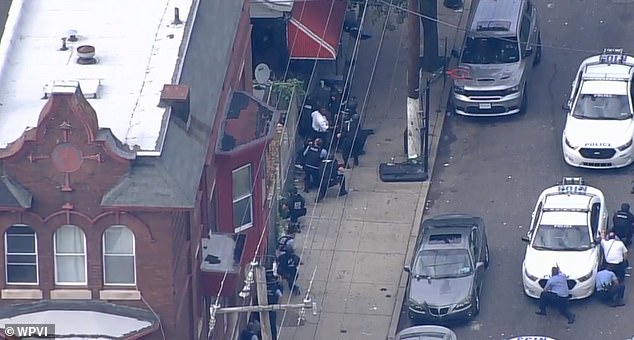 Video showed two officers carrying a man and putting them in the back of a police car.

Authorities evacuated people from their homes and nearby businesses as they attempted to take control over the situation.

There have been no reports of civilians being injured.

Temple University tweeted that a lockdown ‘is in effect for Health Sciences Center Campus’.