Shocking video shows a group of teenage girls assaulting a young woman and allegedly robbing the woman of her phone.

Video from NBC Philadelphia shows a chaotic fight scene as a group of at least 10 girls appears to assail a woman.

A witness told NBC that the woman had tried to defend a different set of younger girls that the offensive group was bullying.

Pictured is a fight on a Philadelphia train that occurred on Tuesday afternoon. A group of younger girls was, at first, being bullied by a group of older girls 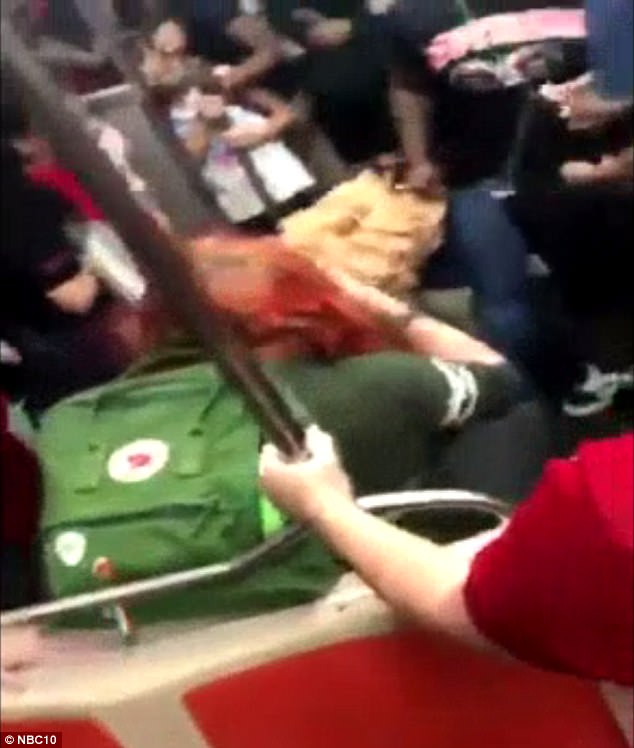 The woman pictured with the green backpack tried to stop the bullying, a witness later said. This resulted in the offending group attacking the woman and allegedly stealing her iPhone

The woman then became subject to the group’s brute force and was robbed of her iPhone 7, police said.

The woman, towards the end of the video, says in a very distraught voice: ‘My phone?’

The incident occurred on a Southeastern Pennsylvania Transportation Authority train on Tuesday afternoon.

The video was shot while a Broad Street Line train was travelling between the Girard and City Hall, northeast of Downtown Philadelphia.

SEPTA is a commuter rail network for Philadelphia, the sixth-largest city in the United States. 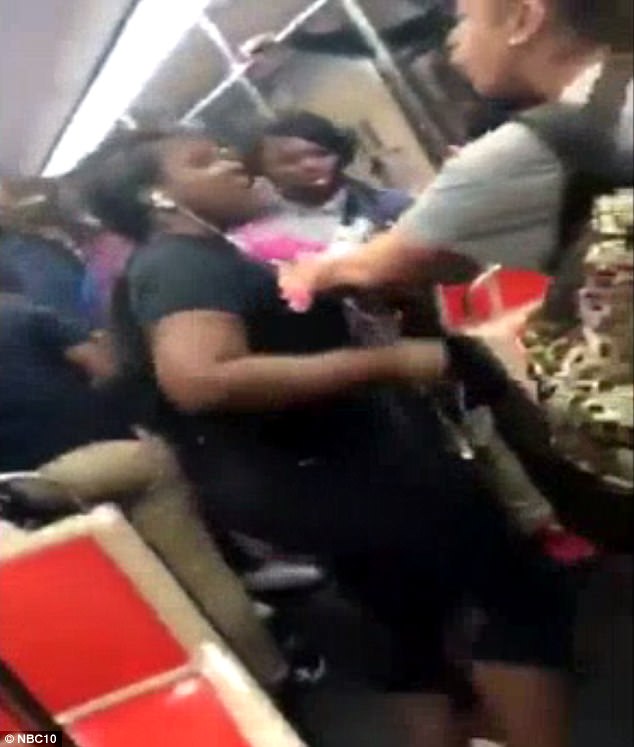 Anyone with information about the incident is asked to call SEPTA Police at 215-580-8111.