By Emma Cox For Event

His imposing presence and intense stare have helped Philip Glenister carve out an impressive career as a hard man. It made him the perfect fit for the tough DCI Gene Hunt in Life On Mars and helped him inhabit the role of violent exorcist-preacher Reverend Anderson in recent US drama Outcast. But his latest project finally allows Glenister to flex his comedy chops. In Living The Dream, by the makers of Cold Feet, he plays doughty Yorkshireman Mal Pemberton, who, with wife Jen (Lesley Sharp) and their two teenage children, ups sticks and moves to Florida for a new life running a decrepit trailer park.

‘After Outcast, I said to my agent I would really like to do some comedy because everything had become so dark,’ he says. He will ‘miss the money’, but not the night shoots – and he’s pleased to have finally worked on something the family can watch together ‘without it offending anybody’. (Outcast famously featured a scene where Glenister’s character physically assaults an eight-year-old boy who is supposedly possessed.)

This is important to Glenister, 54, for he is very much a family man and a staunch feminist, no doubt helped by the fact he lives in a house full of women: actress wife Beth Goddard, 50, and daughters Millie, 15, and Charlotte, 12.

‘Beth is in a group called Equal Representation for Actresses and they’re gaining a voice,’ he says. ‘There’s a long way to go in the industry but there are improvements.

‘I also think it’s great that I’m playing opposite Lesley and we’re the same age. Usually my wife or partner is played by somebody who’s 15 years younger.’ He’s also vehemently vocal about the gender pay gap revealed by the BBC when it published the salaries of its stars. ‘There’s no reason why a female newsreader shouldn’t get the same pay as a male newsreader,’ he says. ‘They’re doing the same job, pay them the same. Simple.’ He’d even be happy becoming a stay-at-home dad if Beth were to get the next big job – ‘as long as she gets equal pay’.

Glenister comes from a family steeped in the entertainment industry. His father was a television director and his brother Robert is also an actor, but he’s less keen on encouraging his own kids on to the stage. ‘I look at my eldest and think if you want to be an actor and earn some money, become a barrister – you can still wear a wig and get dressed up but you earn.’

For his part, Glenister spends much of his time away from his family, across the Pond, yet even there he can’t escape the long shadow cast by the show that made his name. He says: ‘It’s been seven years since Life On Mars [and its sequel Ashes To Ashes] finished, so it’s weird that people still go, “Are you doing another series?” I tell them, “No, the characters are dead. It’s finished. It’s over.” But I get it, that show still resonates with people.’ 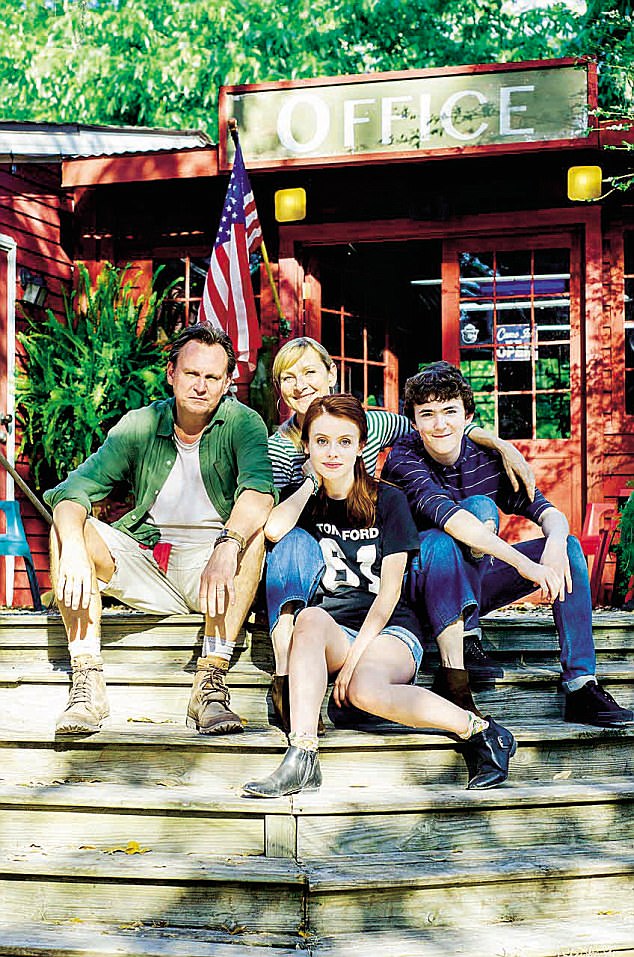 ‘Living The Dream’ is on Thursdays, 9pm on Sky 1

Glenister loses no sleep over having not cracked America, especially when reflecting on the ‘absurdity’ of the lifestyle. He tells an anecdote – complete with uncannily accurate impressions – about going to Elton John’s famous white tie and tiara ball and watching aghast as his pal James Nesbitt shook Bill Clinton’s hand, only to have the ex-President whisper in his ear: ‘You’re standing on Uma Thurman’s dress.’

His everyday life, he insists, is pretty far removed from all of that. ‘My family and I were coming back from holiday in Majorca on a budget airline when a sweet lady turned to me and said, “It’s very nice to see that you fly normally, like the rest of us. And you have to stop and think, “Is that the perception you have of me?” That because I am on telly I go everywhere by private jet? I’ve never been on a private jet in my life and I didn’t fly anything other than cattle class till my early 40s. My kids will be doing the same – they don’t need the legroom.’

But one suspects that it’s Glenister who’ll keep their feet firmly on the ground. e

‘Living The Dream’ is on Thursdays, 9pm on Sky 1