A former Marks and Spencer chief has demanded ‘asset-stripping’ Sir Philip Green safeguard the pension pots of thousands of Arcadia employees, amid fears the high street empire could collapse within hours.

The group, behind high street brands such as Topshop, Burton and Dorothy Perkins, is expected to be plunged into administration today – with up to 13,000 jobs at risk.

Now calls have been made to protect the retirement fund of thousands of former employees of Sir Philip’s retail empire, amid reports of a £350million deficit.

He also labelled Sir Philip as ‘probably the rudest businessman’ he had ever met and described him as ‘not a retailer’ but an ‘asset stripper’.

Speaking in an interview on BBC Radio 4’s Today Programme, he said: ‘Sir Philip Green never really expected the opportunity or or the challenge of online trading. He never really made any investment in that area at all.

‘The truth is Philip Green is not a retailer. He’s a man whose place is within property and leverage. He’s what we could have called in the 1970’s “an asset stripper”.

‘He doesn’t invest in his business, he milks them. He takes out large rents and and huge dividends rather than invest them. 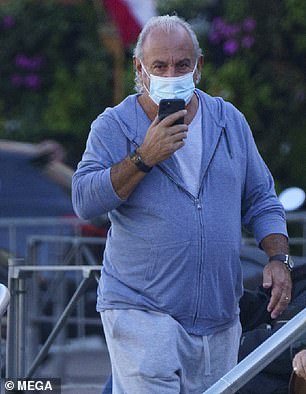 Former city minister and ex-Marks and Spencer’s chief, Baron Paul Myners (pictured left) said Sir Philip must look after his former employees. It comes as Sir Philip’s (pictured right) Arcadia group, behind high street brands such as Topshop, Burton and Dorothy Perkins, is expected to be plunged into administration today – with up to 13,000 jobs at risk 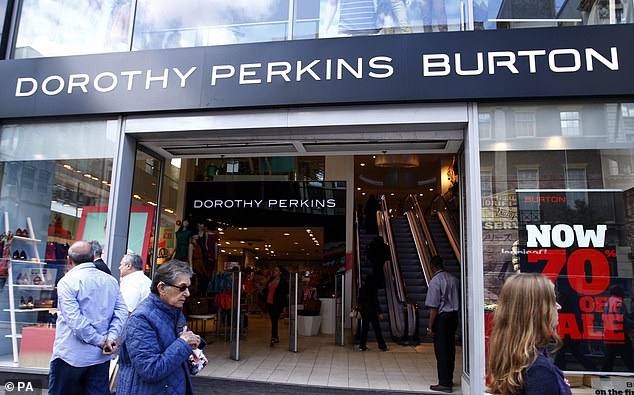 The group behind major high street brands including Topshop, Burton and Dorothy Perkins (pictured) could collapse within hours – with 13,000 staff facing losing their job

Marks & Spencer directors have met in recent days to discuss the possibility of buying menswear brand Austin Reed alongside its sister label Jaeger, The Mail on Sunday can reveal.

The discussion is understood to have included buying wedding and occasionwear brand Jacques Vert. All three are part of the former Edinburgh Woollen Mill empire of retail mogul Philip Day. 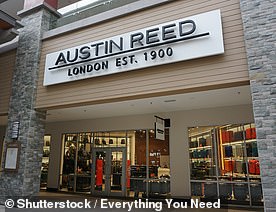 At the front of the queue: Marks & Spencer is understood to be in ‘pole position’ to buy Austin Reed, Jaeger and Jacques Vert

The group, which also housed Peacocks and Ponden Home, collapsed as high streets were hit with painful lockdown measures earlier this month with just weeks to go before Christmas.

Marks & Spencer is understood to be in ‘pole position’ to buy the three brands, which it would operate as a subsidiary company with separate design teams if successful, according to City sources.

Next and sportswear mogul Mike Ashley have also been named as possible buyers.

City sources also last night speculated that Marks & Spencer may examine a bid for some of Sir Philip Green’s Arcadia Group brands. It is expected to appoint administrators this week.

One City source endorsed a possible M&S acquisition of Topshop as ‘a great idea’.

He added: ‘Covid has obviously been a significant factor, but the truth is that this group of brands has been haemorrhaging for 15 years.

‘It has been under-invested, it’s been losing market share, it’s become an insignificance.’

Asked about his opinion on Sir Philip, he said: ‘He’s probably the rudest most foul-mouthed person I’ve ever met in business. He was a memorable man for that if nothing else.’

But asked if he liked him he said: ‘I did actually. There is an element of Philip you couldn’t but enjoy, he had a very sharp brain.’

However he Sir Philip for ‘failing to put enough money into the pension funds’, but praised that he had previously ‘stepped up’ when in a similar situation with BHS.

The fund has an estimated deficit of as much as £350million.

Sir Philip later agreed to pay £353million to support the scheme amid pressure from the pensions regulator.

Sir Philip’s Arcadia Group, which is owned by his wife Tina, is expected to call in administrators this morning, putting the future of up to 500 shops and 13,000 jobs in jeopardy.

It comes after sportswear tycoon Mike Ashley made an extraordinary £50million loan offer to rescue the Topshop empire from collapse.

In a dramatic intervention on Saturday, Sports Direct and House of Fraser owner Mr Ashley offered an ’emergency loan’ to tide Arcadia over until Christmas.

However, his offer has been angrily dismissed as a ‘publicity stunt’ by sources close to Sir Philip – who was yesterday spotted relaxing in Monaco, where he keeps a £100million yacht.

One said: ‘Sir Philip is not keen to jump into bed with a chancer like Mike Ashley.’

Monaco resident Sir Philip, 68, and Mr Ashley – known as ‘Masher’ to his inner circle – are former friends, but tension between the two has grown as their high street rivalry intensified.

The offer of a loan from a major retail rival was described as ‘provocative’ by City sources and is likely to irritate Sir Philip, a flamboyant businessman once branded the ‘King of the High Street’.

Friends last night said Sir Philip and his family were ‘deeply saddened’ by the demise of Arcadia and one said the loan offer was being dismissed as no more than Mr Ashley ‘having a bit of fun’.

Like other retailers, Arcadia has been dealt a devastating blow by the November lockdown, missing out on crucial trade in the run-up to Christmas, and Sir Philip has spent recent weeks unsuccessfully attempting to secure a £30 million loan to keep the business afloat.

The £50million touted by Mr Ashley yesterday is understood to be conditional on Arcadia guaranteeing the money against business assets such as its properties.

But City sources said that this made the loan ‘unworkable’ – and could even unwittingly hand Mr Ashley control of the entire fashion group in the unlikely event it went ahead.

One said Mr Ashley appeared to be ‘playing games’ by offering the loan. ‘You might as well serve Arcadia and all its companies up on a plate to Mike Ashley,’ an insolvency expert said. 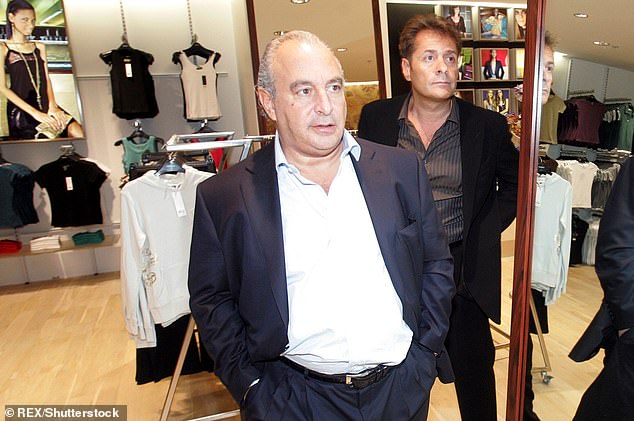 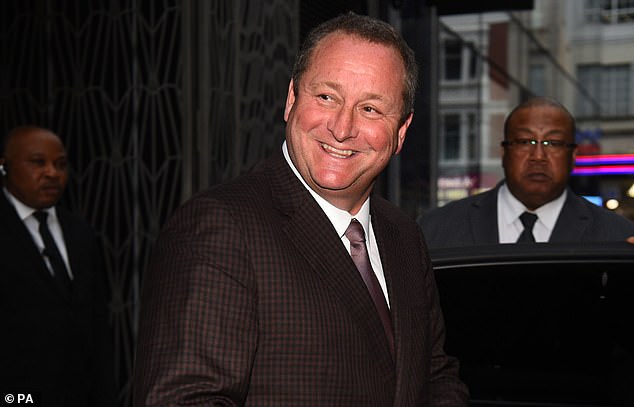 In a dramatic intervention yesterday, Sports Direct and House of Fraser owner Mike Ashley (pictured) offered an ’emergency loan’ to tide Arcadia over until Christmas

Arcadia’s pension scheme is understood to have a deficit of £350million. Lady Green is due to inject £50 million to revitalise the company and its retirement fund.

Part of the remaining deficit may be secured against Arcadia’s property, such as its huge TopShop store on London’s Oxford Street.

But with the value of the property portfolio falling in the pandemic it has become more and more difficult for Arcadia to secure loans from its bankers.

Mr Ashley has previously made a similar offer to the ailing Debenhams department store business.

Mr Ashley’s finance director spoke publicly yesterday via Sky News to make the offer to Sir Philip, which he said needed one of his directors to ‘contact us today to discuss how we can support them and help save as many jobs as possible’.

But as The Mail on Sunday went to press last night, no talks appeared to have taken place and the company still looked set to collapse early next week.

Arcadia is expected to trade through Christmas and limited redundancies are likely to be made from stores before January.

Mr Ashley, who also owns Newcastle Football Club, is expected to be among the bidders for the group’s brands if the company is broken up and sold in the new year.

City sources named Marks & Spencer, Next and Boohoo as other potential bidders.

The Mail on Sunday also understands Mr Ashley has separately expressed an interest in buying the gigantic Trafford Centre shopping mall in Manchester as he seeks to expand his empire.

Arcadia, which declined to comment last night, said in a statement in Friday: ‘Our stores will be opening again in England and Ireland as soon as the Government Covid-19 restrictions are lifted next week.’