Philip Hammond has announced an assault on payday lenders with a no-interest loan scheme for three million borrowers with problem debt.

The Chancellor said ministers are to look at ways of partnering with debt charities and the banking industry to offer interest-free loans to those in need.

Officials say a similar scheme in Australia has proved highly successful, helping four out of five of those who took the loans to stop borrowing from payday lenders.

Ministers now want to see if such a system could be used to provide a more affordable alternative for the UK’s three million high cost credit users.

A Government feasibility study to be carried out in 2019 will look at how a pilot project could operate in the UK.

The full details of the plan were in Mr Hammond’s Budget Red Book, although he only made a small reference to the scheme in his speech.

In other moves, Mr Hammond will announce an extension to the ‘breathing space’ for people in problem debt, offering legal protections from creditor action, from six weeks to 60 days, giving them more time to get their finances back on track.

It follows a consultation earlier this year in which evidence was taken from charities, campaigners and the financial services industry.

The Chancellor is also offering a £2 million challenge fund for tech entrepreneurs who can come up with solutions to counter the appeal of the payday lenders who offer access to cash in as little as 10 minutes.

The plans were dismissed by shadow chancellor John McDonnell, who said ministers are now trying to address problems they themselves had been instrumental in creating.

‘This is farcical from a Government that has overseen the expansion of high-cost problem credit on an industrial scale, and whose flagship social security policy, Universal Credit, is driving low-income households into debt,’ he said.

A report published in March found payday loans were the ‘unhealthiest’ form of credit, with unauthorised overdrafts coming second. 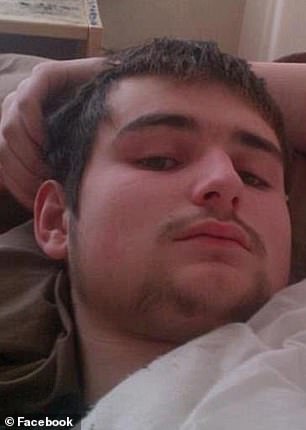 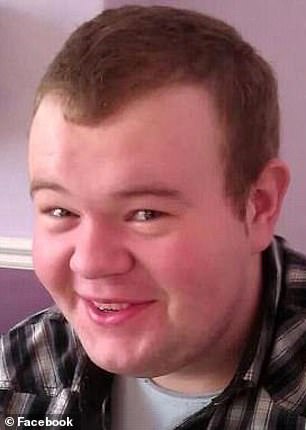 Kane Sparham-Price, 18, (left) killed himself in 2016 after Wonga left him penniless, while Mitchell Lewis, 21, (right) took an overdose after his short term loan spiralled by eight times the amount he had borrowed

The Royal Society for Public Health (RSPH) found they had the most negative impact on mental well-being after surveying 500 borrowers.

Commenting on today’s Budget announcements, Richard Lane, StepChange Debt Charity Director of External Affairs, said: ‘The Chancellor has today announced a series of measures that, if implemented well, can make a real difference to households in Britain facing problem debt.

‘The announcements of schemes like Breathing Space and a No Interest Loan Scheme show that with creativity and ambition we can make progress in addressing problem debt.’

The personal cost of runaway payday loans: Tragic toll of deaths that convinced Hammond to act

A series of harrowing stories about the personal impact of payday loans getting out of control have emerged in recent years.

Last year, an inquest found Leeds Beckett University student Naseeb Chuhan, 21, killed himself after getting into debt with lenders that were charging him interest of 1,200 per cent.

Mr Chuhan, who was a first year human geography student at Leeds Beckett University, was found dead at a flat in Hyde Park, in the West Yorkshire city on May 28, 2016.

His father Kuljit Chuhan told the inquest at Wakefield Coroner’s Court that he had discovered after his son’s death that he been granted a number of payday loans. 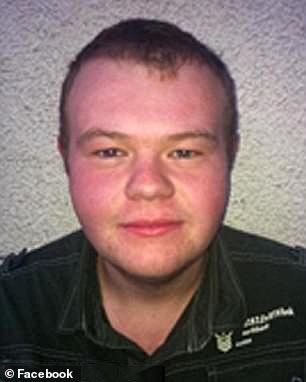 ‘In my mind what begins as something quite innocent and just as a one off and when you get to the end of that you realise you have overspent,’ he said.

‘I think it is something that slowly creeps up. I think that’s how payday loans work. I think he was tempted into it.’

In 2014 a struggling student died from an overdose after taking out a payday loan which spiralled from £100 to £800 in just three months.

Courtney Mitchell Lewis, 21, took an overdose of slimming pills after his short-term loan spiralled to eight times the amount he had borrowed. He had previously posted ‘I don’t want to die’ on Facebook.

An inquest at Swansea Civic Centre heard how the physics undergraduate – known as Mitch to his friends – had taken out the loan while struggling for cash during his studies.

The student, of Aberdare, South Wales, was working as a barman while studying at Swansea University but decided to use the payday loan company to borrow £100.

Colin Phillips, acting senior Swansea coroner, said: ‘Mitch was a loving and caring individual who was facing a number of personal problems.

‘He had debts after taking out a £100 loan which had increased to £800 within just three months.’

And in 2016, disabled teenager Kane Sparham-Price killed himself on the same day Wonga left him penniless after emptying his bank account.

The 18-year-old, from Ashton-under-Lyne, Greater Manchester, hanged himself after the now defunct loans company took payment for his debts under the terms he had agreed to.

For confidential support phone Samaritans on 116 123 or visit their website. For advice on problem debt contact StepChange.org.