Sparks were already flying when Arlo Dela Cruz and Maica Nicerio-Dela Cruz tied the knot in the Philippines earlier this week.

The happy couple got married against an unusual backdrop – nearby a huge plume of ash billowed from the glowing peak of the country’s most active volcano.

The formation triggered a viral online debate over whether it was a new representation of an ancient myth. 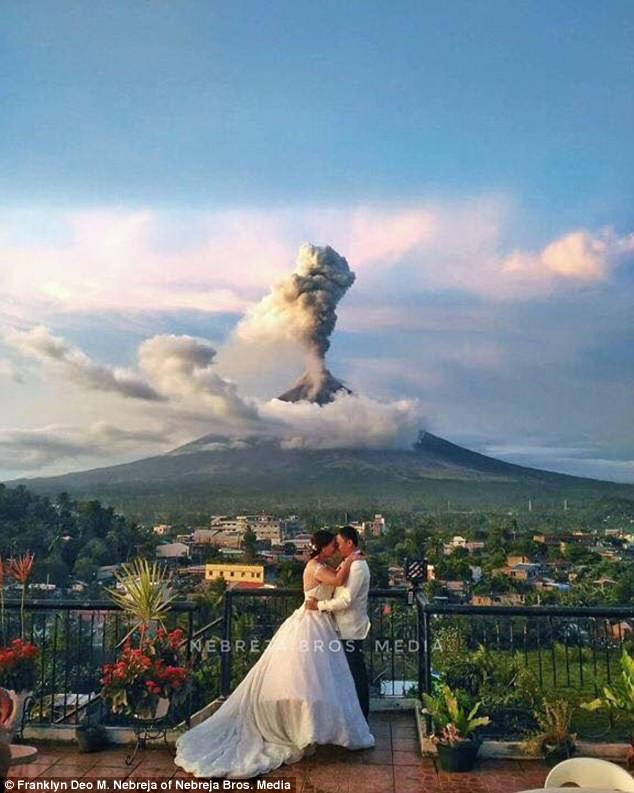 While many have congratulated the pair, some have accused them of insensitivity in their choice of wedding location when the volcano has caused suffering to thousands of people 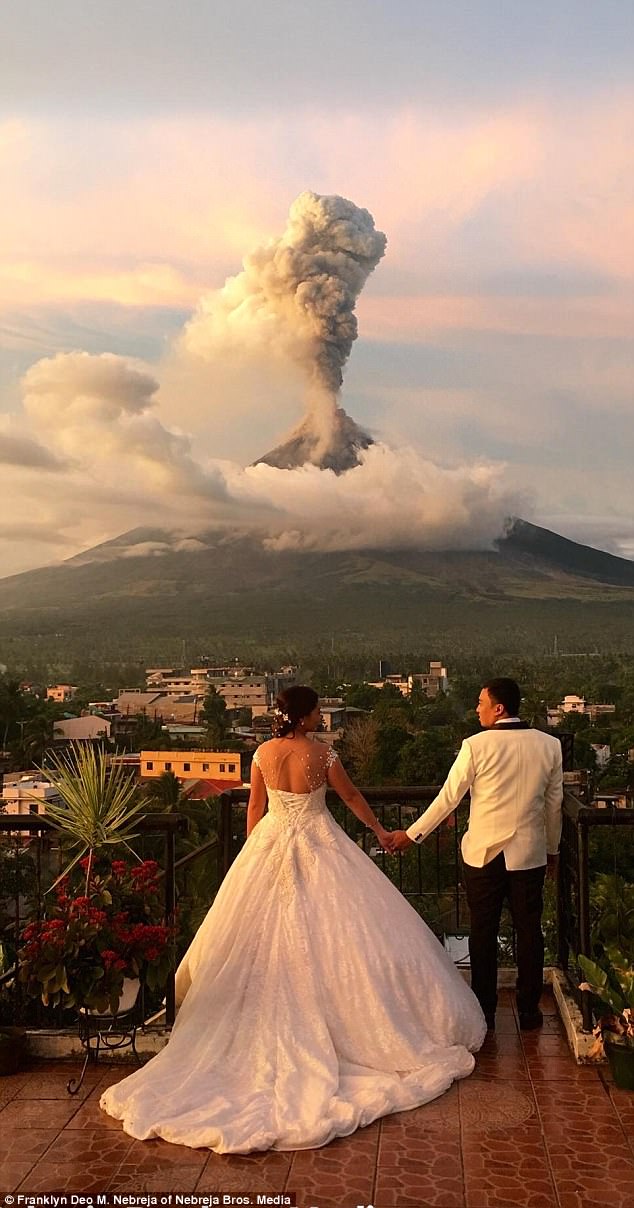 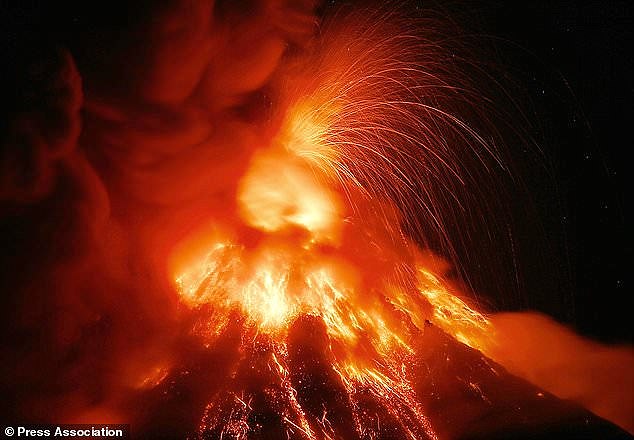 Authorities have closed airports in the region, while periodic ash showers have made driving on some roads nearly impossible. Local governments have advised residents to wear facial masks and goggles 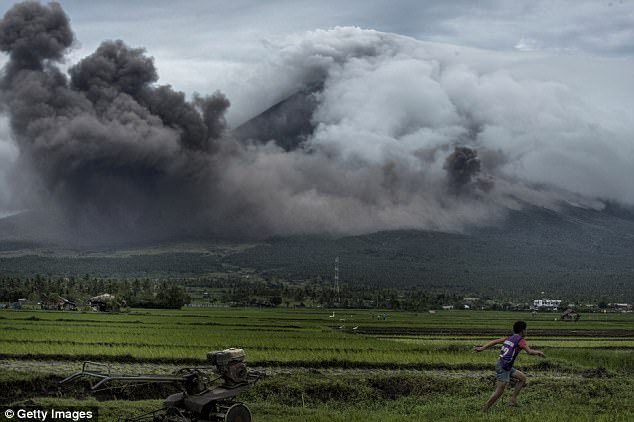 The volcano is one of the most active in the Philippines, erupting regularly this year 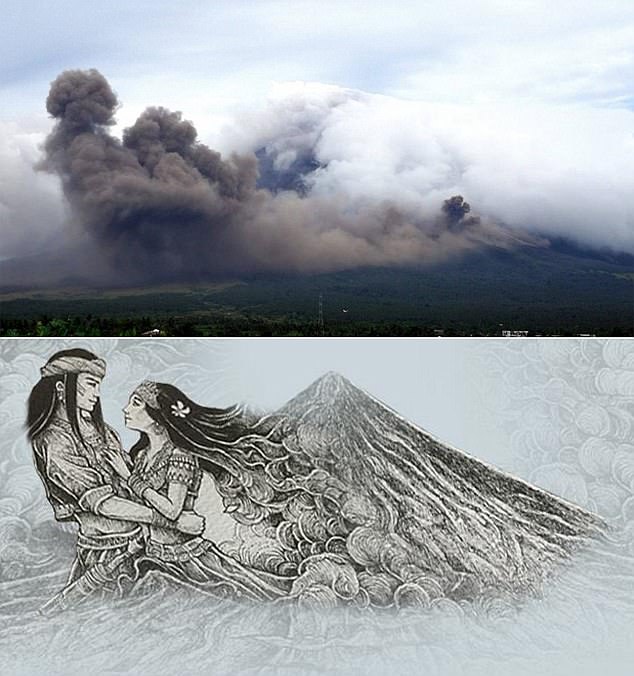 Locals said the formation – photographed by Bro. Jun Santiago – bears an uncanny similarity to the ancient and tragic tale of the demise of a woman called Magayon (beautiful) who the mountain is named after. She ran away with her warrior lover to escape an unwanted suitor.

When Magayon’s lover was shot and killed by an arrow as the couple tried to flee her father and tribesmen, she committed suicide by stabbing herself. Legend has it that the pair are buried at the site of the mountain.

For the couple getting married earlier this week,the erupting volcano made it a brilliant occasion, the Manila Informer reported.

Orange lava flowed down from the mountain’s crater as magma continued to move beneath.

Most online commentators have congratulated the couple but some have criticised them for choosing the location when so many people have suffered as a result of the eruptions.

Mayon’s unrest has displaced about 75,500 people, the majority of whom are in evacuation centres, where children line up for meals and parents brace for the possibility of a long stay away from home.

‘We are worried. We got used to the volcano, but we are still afraid,’ said one evacuee, Irene Agao.

Meanwhile there is no sign of the eruptions abating. Scientists have recorded regular episodes of intense activity throughout this week at the volcano site.

Tourists, residents and media gathered at vantage points to document the drama at the country’s most impressive volcano, which last erupted in 2014.

‘If only we could, we would go home right now, away from this evacuation centre, but we need to stay. Because we never know what else the beautiful Mayon volcano will do,’ Ms Agao said.

Government offices and schools have been closed in 17 towns and municipalities and 66 flights have been cancelled in recent days. The authorities have warned residents far from the area to stay indoors to avoid heavy ash fall.

The alert remains just one notch below the highest level of 5, after five more episodes. The provincial government has expanded the no-go area around the mountain to a radius of 5.5 miles.