Duterte, who is known for making outlandish public statements, lashed out at the Nordic country Tuesday while making a speech about agricultural reform.

The 74-year-old has been embroiled in a long-running war of words with Iceland after the country led calls at the UN for his government to be investigated for extrajudicial killings linked to the war on drugs.

Duterte was talking about giving farmers access to adequate contraception when he suddenly switched into English to attack Iceland, Rappler reports.

‘Iceland allows the slaughter of the fetus inside the womb of the mother up to six months. Putang ina nila (son of a b****),’ he said.

Swapping back to Filipino, he added: ‘Iceland doesn’t eat anything except for ice. The whites really have no shame and yet they teach me what to do.’

The United Nations adopted a resolution in July this year calling for a full-scale investigation into the drug war in the Philippines, which was the cornerstone of Duterte’s domestic policy.

Human Rights Watch estimates that some 12,000 Filipinos have been killed since 2016 as part of the crackdown, with 2,500 deaths linked to the police.

Duterte has also been accused of using or enabling vigilantes and paramilitaries to carry out murders of suspects drug dealers and users, despite statistics showing drug use in the Philippines is lower than the global average. 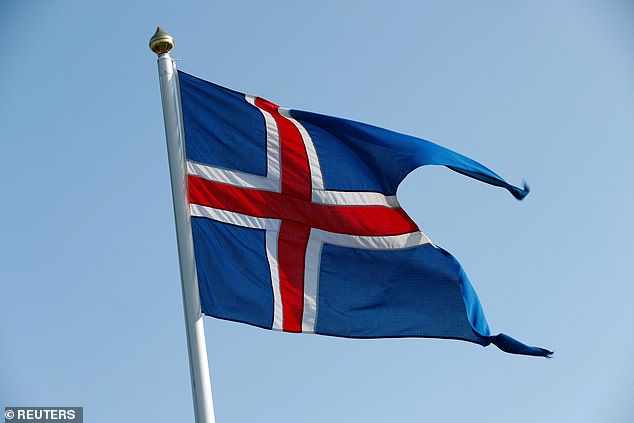 The resolution, which was championed by Iceland, was adopted after gaining support from 18 out of 47 countries on the Human Rights Council.

The UN urged the Philippines to cooperate with UN offices and mechanisms by facilitating country visits and ‘refraining from all acts of intimidation or retaliation.’

Duterte immediately went on the attack over the resolution, saying that Iceland does not ‘understand’ the Philippines or the need for a violent crackdown.

‘Your problem is you have too much ice and there is no clear day or night there,’ he said at the time.

Icelandic law allows abortions up to the 22nd week of pregnancy or around the fifth month, regardless of the reason.

Abortion is illegal in the Philippines, where 80 per cent of the population is Roman Catholic.

While Iceland has short days during the winter and is often covered in ice at this time, it also enjoys temperate summers and is ice-free most of the year.