Putting on a brave face! Phoebe Burgess looks relaxed as she spends the day with her mother Sarah Hooke in Bondi on Australia Day

She suffered a heartbreaking split from her NRL star husband Sam Burgess just before the Christmas holidays.

But Phoebe Burgess, 29, put on a brave face as she spent the day with her mother Sarah Hooke in Bondi on Saturday.

Phoebe looked relaxed as she strolled down the ritzy beach-side location with her mother, along with daughter Poppy, 2, and newborn Billy.

Putting on a brave face! Phoebe Burgess looks relaxed as she spends the day with her mother Sarah Hooke in Bondi on Australia Day

Phoebe and her mother braved the crowds who made their way to the popular Bondi Beach to cope with the heatwave temperatures.

Glamorous Phoebe opted for a cute but casual green checkered maxi dress with a pretty layered skirt for the low-key Australia Day outing.

The mother-of-two kept her look relaxed with her wearing her signature blonde tresses out and minimal make-up. 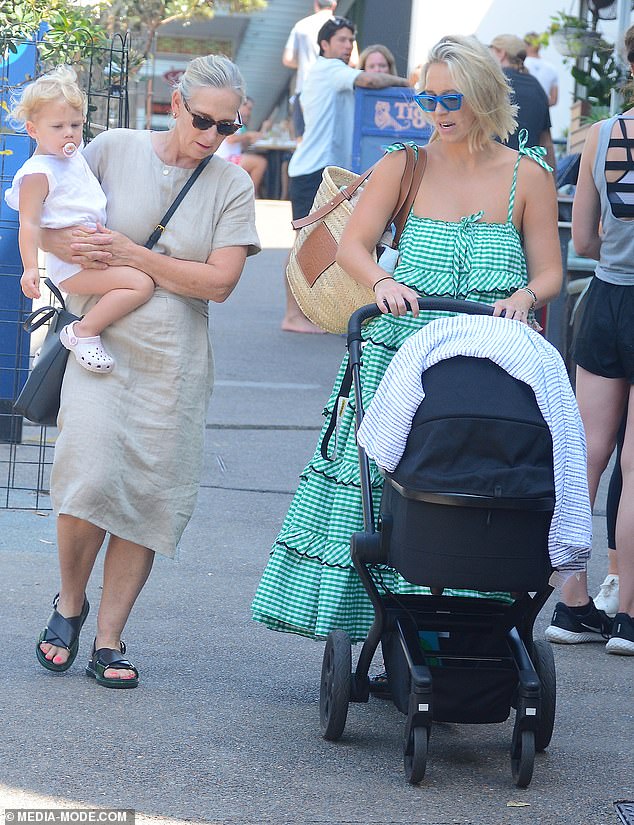 Day out: Phoebe and her mother Sarah both looked calm as they chatted while braving the crowds in Bondi. Sarah held Poppy, 2, while Phoebe pushed newborn son Billy in a pram

Phoebe accessorised with a pair of multi-coloured sandals and a fashionable cane tote bag, which she wore slung over her shoulder as she walked.

She completed her look with a pair of blue semi-transparent Ray-Ban wayfarers which she opted not to take off during the outing.

Meanwhile, Sarah opted for a smart looking beige linen dress which she paired with chunky black leather sandals and a black tote bag. 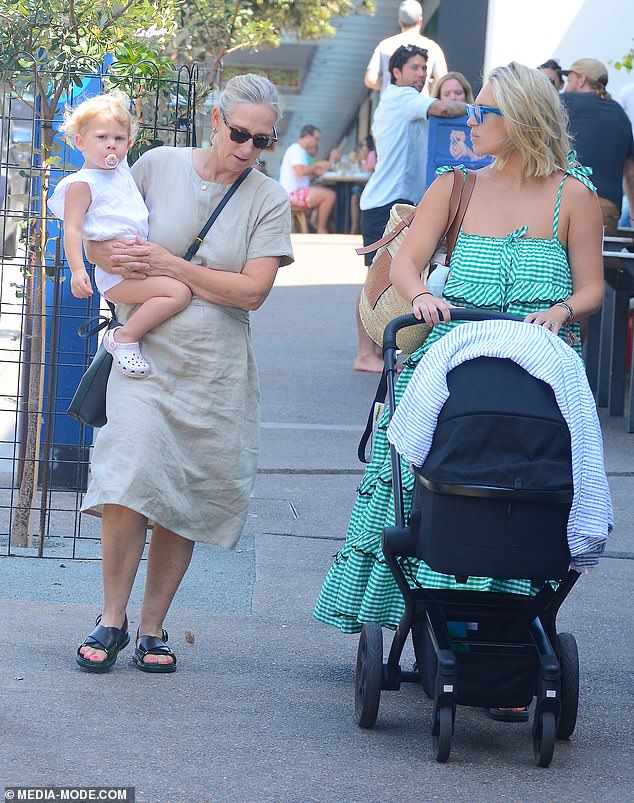 Phoebe was spotted for the first time out in public with her mother Sarah this week, since husband Sam left their marital home on January 2.

In the wake of the couple’s marriage breakdown, a close friend with knowledge of the situation told The Daily Telegraph that ‘things [had] been bad for a while’.

‘They tried to keep it together but it all went to s**t, that’s the honest truth. It is pretty messy,’ the source claimed. 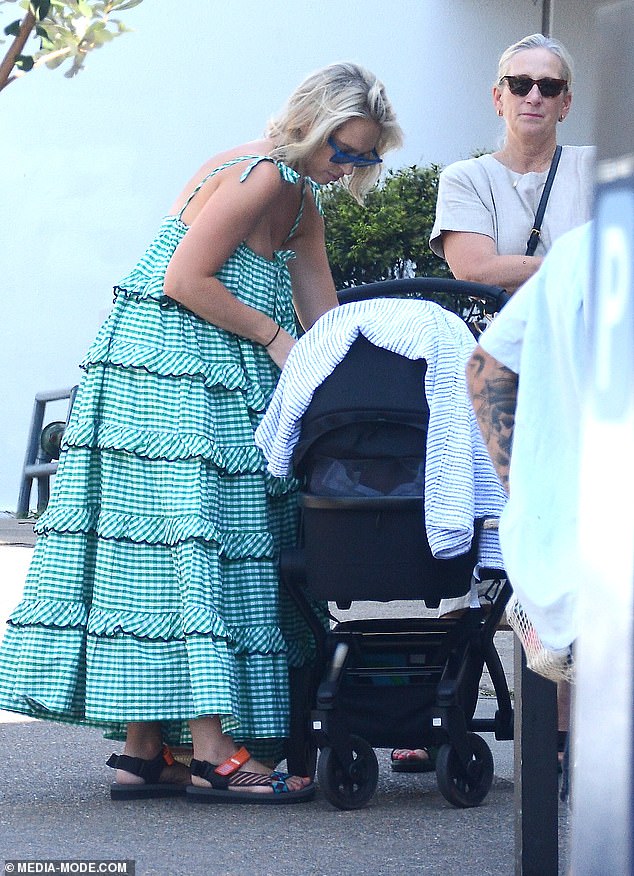 Tending to baby: Phoebe stopped to fix the blanket over her pram at one point, while mother Sarah watched on 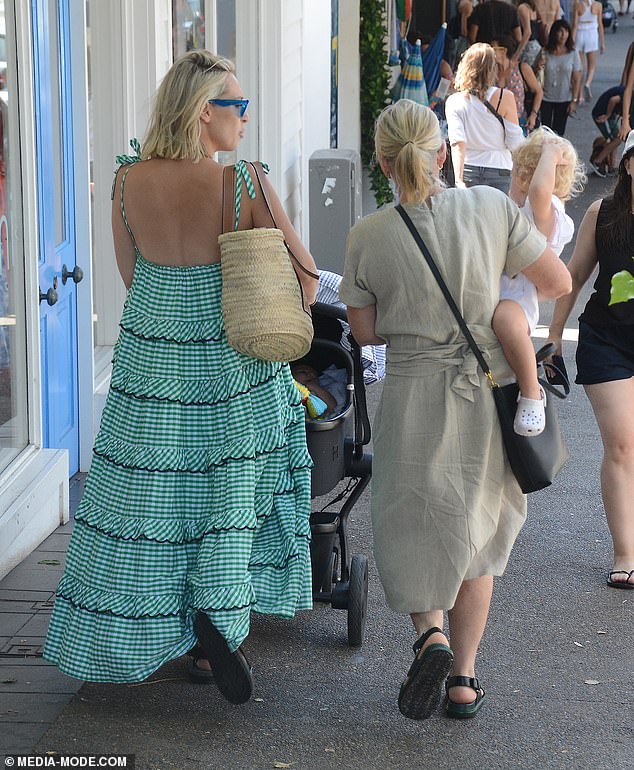 Casual: Phoebe and Sarah looked relaxed on the hot day in Sydney’s Bondi, with the mother-of-two celebrating daughter Poppy’s second birthday this week

Phoebe and Sam have not spoken about their marriage breakdown publicly, amid speculation as to what led to the break-up.

On Wednesday, the Phoebe and Sarah were also spotted together in Double Bay, buying flowers and presents ahead of Poppy’s second birthday.

Sarah, who resides in the New South Wales town of Bowral, has reportedly moved in with Phoebe to help out in the wake of her split with Sam.

NRL star Sam has not been pictured with his two young children since his split with Phoebe was announced. 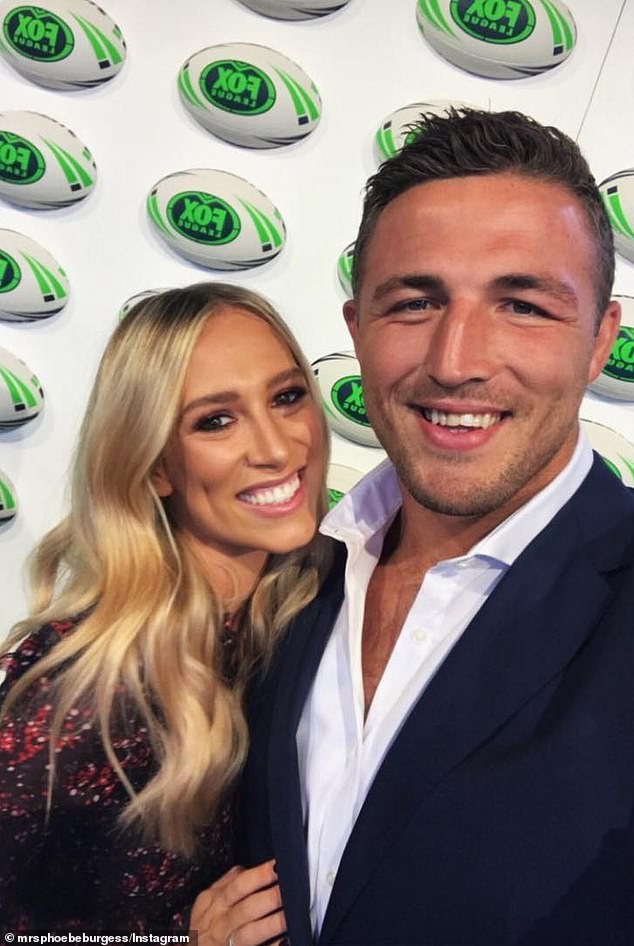 Happier times: Phoebe and Sam (right) have not spoken about their marriage breakdown publicly, amid speculation as to what led to the break-up