The Phoenix Mercury have announced that three-time all star, 40-year old Diana Taurasi would miss the remainder of the season with a quad strain. Taurasi the league’s all time scorer has been averaging 16.7 points and 3.9 assists per game.

Those numbers, which are on the low side for Taurasi are still high enough to put her second on the team in both categories behind teammate Skylar Diggins.

Taurasi had been initially listed as ‘questionable’ heading into the Mercury’s last two games, with head coach indicating before Saturday’s game against the Liberty that Taurasi was being evaluated that day to see if she would be able to take the floor.

Taurasi dribbles the ball during the game against the Connecticut Sun on August 2, 2022 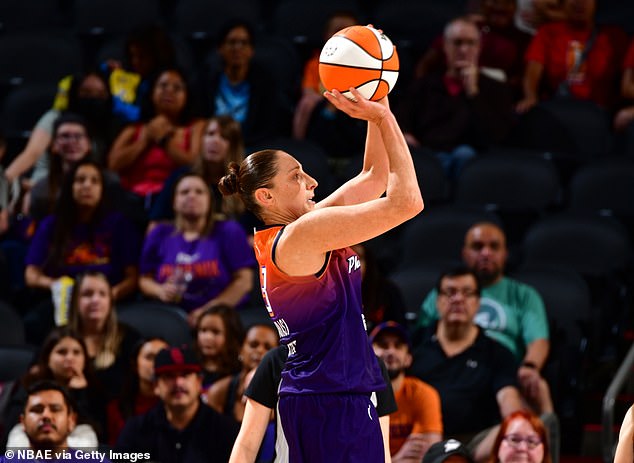 Taurasi shoots the ball during the game against the Los Angeles Sparks on July 28, 2022

Phoenix is one of six teams still fighting to make one of the WNBA’s final three playoff positions as the regular season nears it’s conclusion.

As of now the Mercury have a record of 14-19 with a 67.5 percent chance of making the playoffs according to ESPN’s basketball power index.

Phoenix has three games left in the regular season, all home contests: Wednesday versus the Lynx, Friday against the Wings and Sunday against the defending champion Sky. 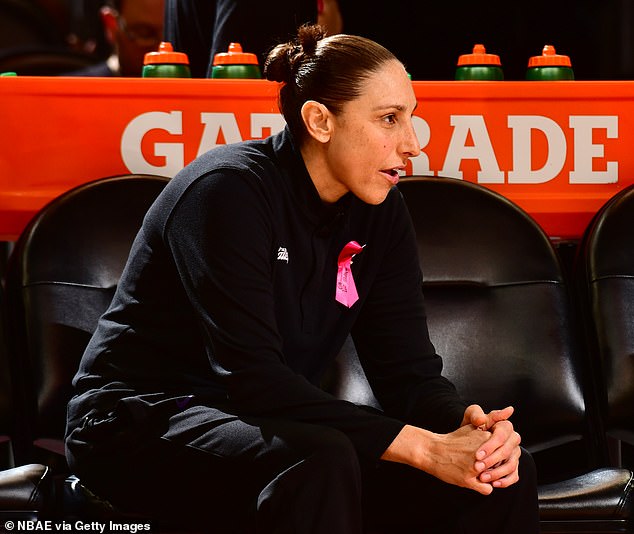 Taurasi looks on injured during the game against the New York Liberty on August 6, 2022 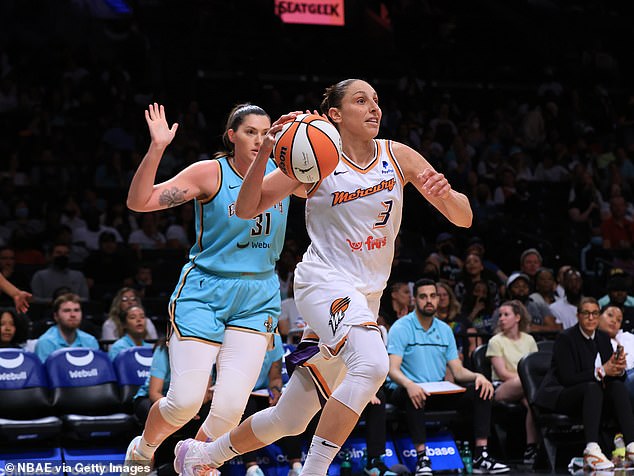 It does remain possible that Taurasi will return to the lineup if Phoenix does indeed clinch a playoff berth following these games.

‘She is out for the remainder of the regular season and will provide more info if/when we do make the playoffs.’

With or with Taurasi making the playoffs this season would be a tremendous accomplishment for a Mercury team that has a had to deal with more than enough headaches since the conclusion of last season. 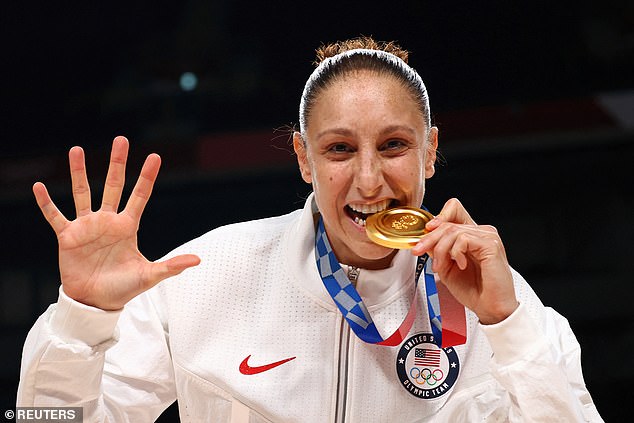 Following last seasons WNBA finals appearance the Mercury parted ways with former coach Sandy Brondello and that was only the first of the struggles about to plague the team.

Former league MVP Tina Charles agreed to a buyout only one year after being a major free agent acquisition.

More importantly Perennial All-Star Brittney Griner and Mercury member has been detained in Russia was recently sentenced to nine years in prison on charges of bringing marijuana into the country via a vape cartridge.

Griner pleaded guilty in the hope it resulted in a less severe sentence but the US State Department insist she is wrongfully detained. 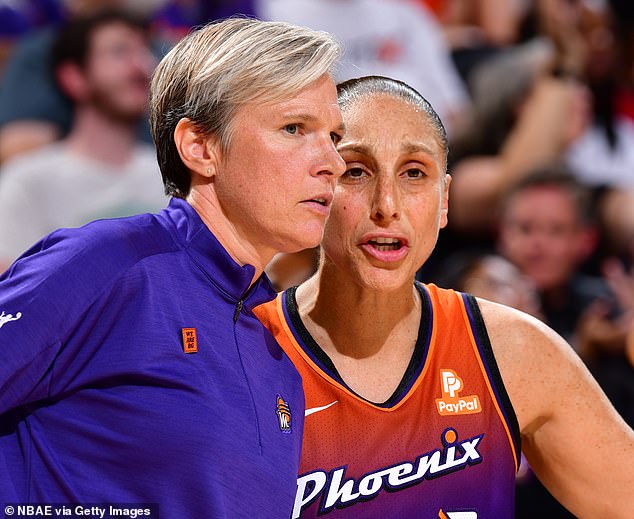