A shop assistant was found dead after apparently being electrocuted by two mobile phones in a freak accident in Thailand.

Kanchamaiporn Saithong, 35, was found sprawled on the floor of his room lying on top of the two phones that were plugged into an extension cable.

His body was found on Monday evening by a concerned colleague when he didn’t turn up for work at a mobile phone shop in the city of Chonburi, about 50 miles from Bangkok.

Kanchamaiporn Saithong, 35, was found sprawled on the floor of his room lying on top of two phones that were plugged into an extension cable

Chutiman Siathong, 33, said her friend was an introvert who often spent time alone in his room, but he rarely missed work.

She said: ‘It was unusual for him not to attend work, so I went to his room.

‘There was no answer and the door was locked. I asked for help from the apartment block porter getting inside and that’s when we found him.’

Chutiman called police and paramedics who checked the scene and concluded that he had probably been electrocuted, although a postmortem has yet to be carried out. 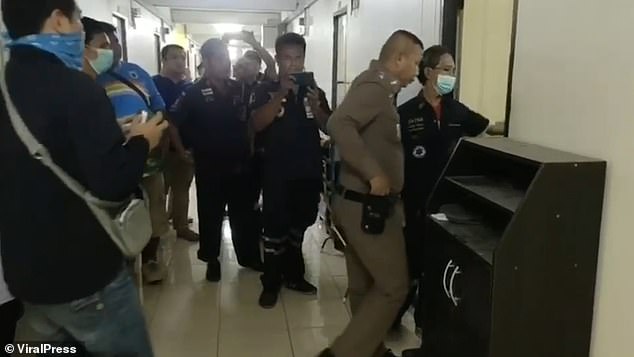 Video footage shows paramedics checking him over and carrying his body away on a stretcher.

Police Liuetenent Colonel Sompong Atiwongthada said: ‘We believed he was electrocuted because we found two mobile phones beneath his body.

‘They were both plugged into the electricity socket.

‘The body was sent to the hospital for the postmortem examination, which we will consider again before we confirm the cause of his death. 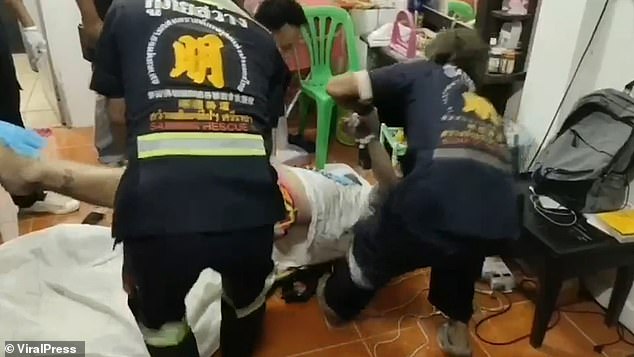 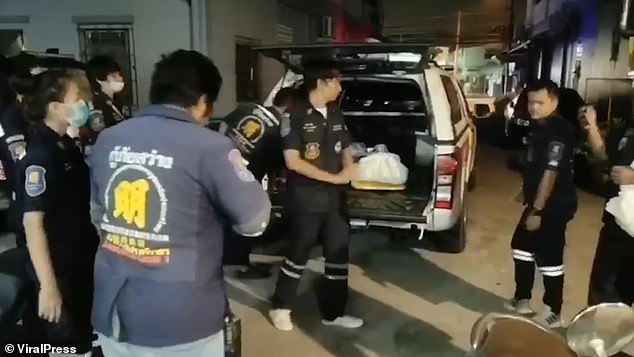