A photograph used in Harry and Meghan’s Netflix trailer showing they were supposedly hounded by paparazzi was actually taken at a Harry Potter premiere five years before they met.

The image shows a large number of photographers purportedly fighting for space to snap pictures of the Duke and Duchess of Sussex.

But they were in fact alongside the red carpet at the premiere for Harry Potter and the Deathly Hallows: Part Two in central London – the final film of JK Rowling’s franchise – which no royals attended.

The author was joined by the film’s three main stars Daniel Radcliffe, Emma Watson and Rupert Grint at the event in July 2011. 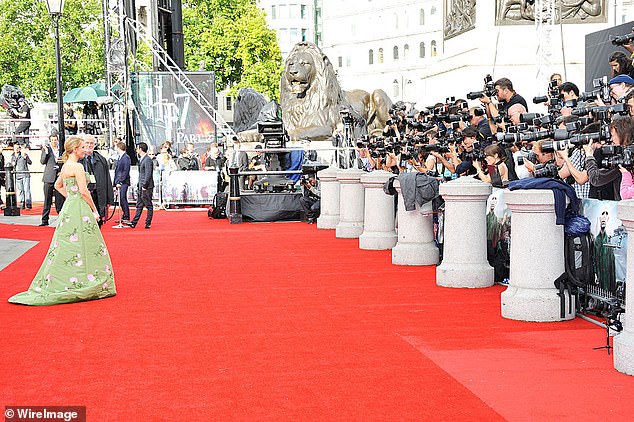 But the picture was actually of photographers at the premiere for Harry Potter and the Deathly Hallows: Part Two in central London in 2011 – five years before the couple met 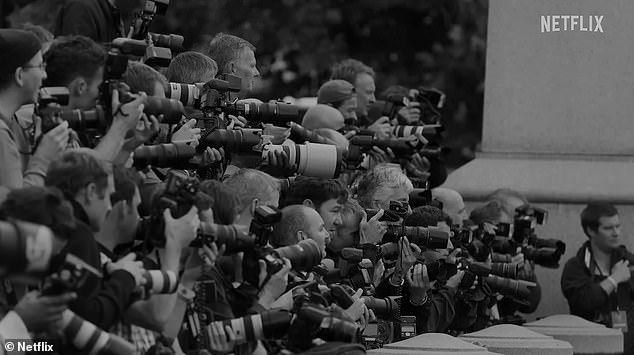 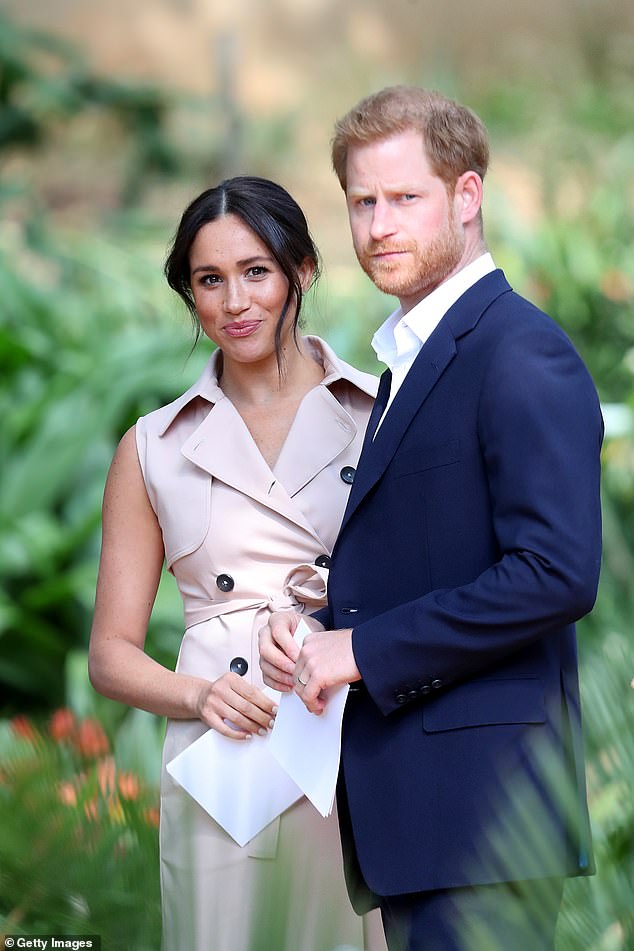 That is five years before Harry and Meghan were introduced to each other in 2016.

The picture is shown as Harry narrates: ‘I had to do everything I could to protect my family.’

Royal expert Ingrid Seward told The Sun: ‘I don’t imagine Harry would have realised, but Netflix have been careless here as it weakens Harry’s comment about protecting his family. This fake picture weakens his point.’

It is understood that no members of the Royal Family attended the premiere.

Instead, the photo appears first under search results for ‘paparazzi’ on stock image website Alamy.

The first trailer for the six-part series was released last week – threatening to reveal further details of family difficulties.

The series is reportedly due for release on Thursday and royal sources have already claimed they expect the show would be ‘Oprah with more crying’.

But the Royal Family insists it will not be ‘blown off course’ by the documentary.

Contrary to claims that there are behind-the-scenes ‘crisis talks’ and plans to ‘hit back’ at yet another barrage of claims and accusations, senior royals plan a very much ‘business as usual approach’.

‘We are not going to be blown off course by squalls from across the Atlantic,’ a royal source told the Daily Mail witheringly. 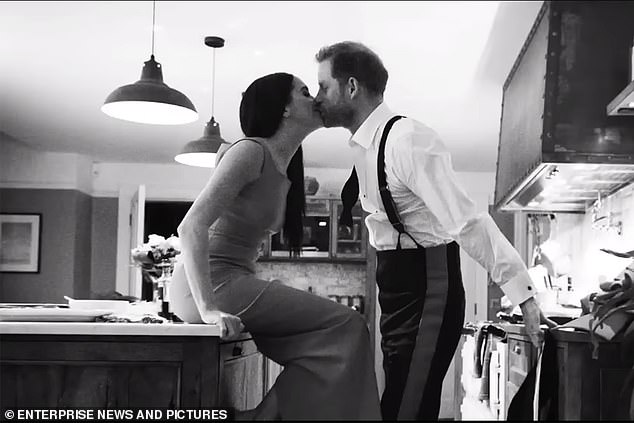 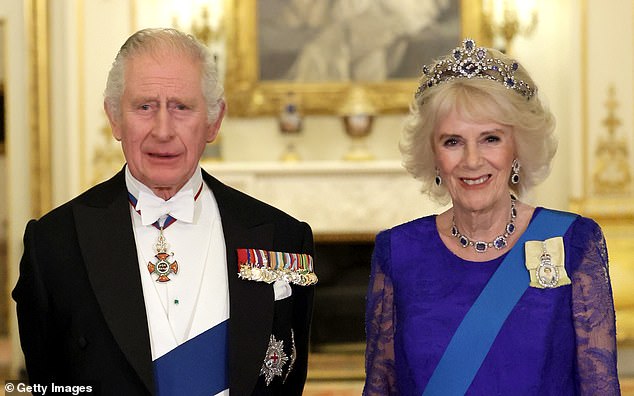 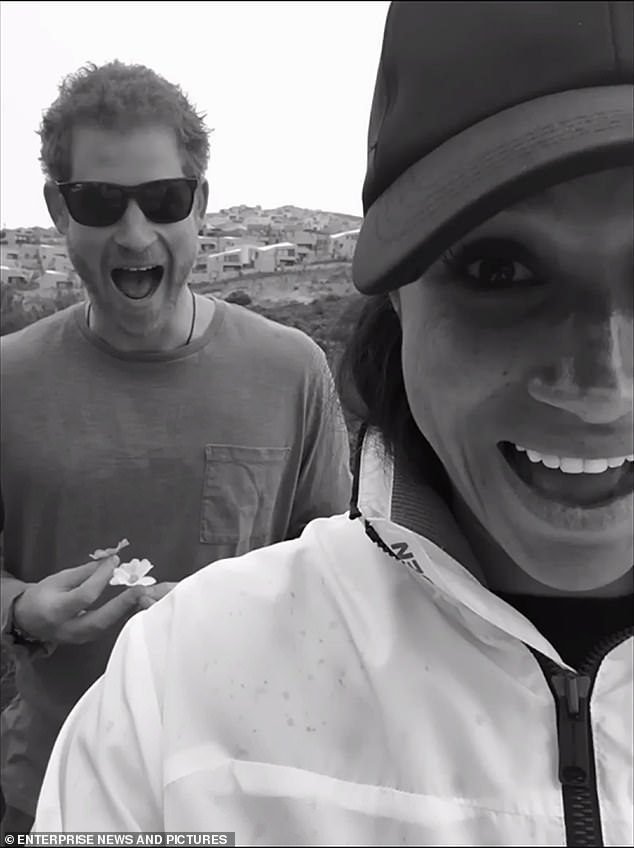 A slick trailer for the six-part series was released last week threatening to reveal further details of family difficulties. Pictured: a photo from the trailer

The Mail on Sunday reported yesterday how the King and Queen Consort are ‘wearied’ by the constant attacks from the Duke and Duchess of Sussex.

Buckingham Palace sources said there was ‘mounting frustration and exhaustion’ at the barrage of complaints that Harry and Meghan relentlessly and publicly make about their alleged treatment by members of the Royal Family.

But there is hope among the family that the ‘Sussex squall’ will blow itself out by the time the series ends and Harry’s upcoming memoir is published in January.

‘It’s likely to be a difficult few weeks but really after that what on earth more can they have to say?’ another insider asked.

‘It’s all going to start to become very “end of the pier” show if they are not careful, hawking around the same complaints on talk shows and documentaries.’