Shocking photo reveals brutal injuries suffered by a black man, 28, at the hands of white Mississippi deputies during a traffic stop – but cops claim he resisted arrest

A Mississippi civil rights lawyer says his black client was brutally beaten by white law enforcement officers during a traffic stop earlier this month, but a sheriff says the man seemed to be high on drugs and resisted arrest.

Attorney Carlos Moore on Monday shared a graphic photo showing 28-year-old David Logan with his wrists restrained with handcuffs behind his back and blood streaming down his face and dripping onto his bare chest and blue shorts following his July 18 arrest.

According to Moore, his client walked away from officers but wasn’t running away at a police roadblock in northern Mississippi’s Yalobusha County.

David Logan, 28, is pictured covered in blood after his arrest on July 18 in northern Mississippi on drug possession and resisting arrest charges

Moore said officers used a stun gun and beat Logan, who was unarmed and in handcuffs at the time. The 28-year-old had to be treated at two hospitals for a broken bone near his left eye.

‘They roughed him up to the extent that he was out of his clothes,’ Moore said. 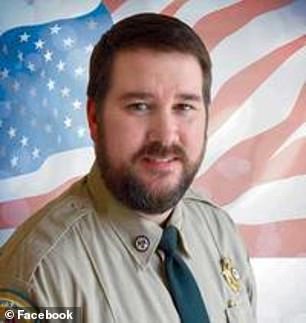 Yalobusha County Sheriff Lance Humphreys defended his deputies, saying that Logan ran at them twice and that two officers were injured during the altercation

Moore said he did not know the name of the person who took the photo of his bloodied client in front of a cinderblock wall.

In a separate interview Monday, Yalobusha County Sheriff Lance Humphreys said the officers are white but disputed the rest of Moore’s account.

‘That’s not even close to what happened,’ Humphreys, who is also white, told The Associated Press.

Humphreys said officers from the sheriff’s department, the Water Valley Police Department and Mississippi Bureau of Narcotics were checking driver’s licenses at a roadblock when they pulled over Logan.

The sheriff said officers told him that Logan got out of the vehicle and ran toward them twice.

‘He lowered his shoulder and tried to go through them,’ Humphreys said.

He said the officers used a stun gun on Logan and arrested him but didn’t beat him.

One officer whose knee was injured during the confrontation is now working desk duties and will have to have surgery, and another officer receive injuries to leg ligaments. 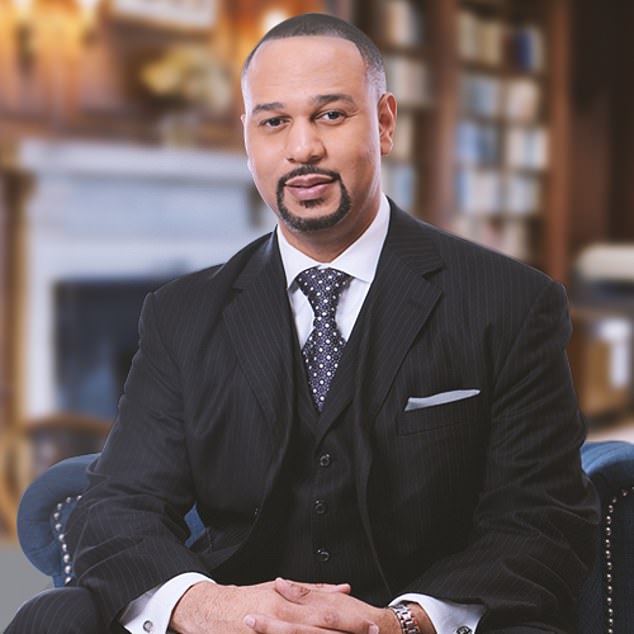 Logan’s attorney, Carlos Moore, said his client walked away from officers but wasn’t running away, and that he was beaten while in handcuffs

Humphreys said Logan is charged with possession of the controlled substance ecstasy, two counts of assault on an officer, one count of resisting arrest and one count of possessing drug paraphernalia. He said because Logan was hospitalized, he did not have to post bond.

None of the officers involved has been placed on leave, Humphreys said. He said a grand jury will consider whether to indict Logan.