Say cheese! Photographer captures the adorable moment three raccoons poke their heads out of a tree to form a perfect family portrait

This is the adorable moment three little raccoons poked their heads out of the den to create a perfect family portrait.

The three animals poke their heads out of a tree at different heights, all clambering to take a look at Kevin who was lining up his camera for the photo.

Digital media producer Kevin said: ‘This moment was fleeting and certainly not one you have the opportunity to photograph every day.

Three raccoons were pictured poking their heads out of a tree in the South Western region of Ontario, Canada

‘As a wildlife photographer, I appreciate that animals in the wild seldomly exhibit the behaviour you’re hoping to witness.

‘I was extremely fortunate to have these baby raccoons all peer out of the hole in unison for the shot I had in mind.

‘There were actually four raccoons in this small tree hollow, the three babies, and their much larger mother who is not visible as they were climbing all over her to get a better vantage point from the hole.

‘Shortly after this shot was taken, one of the babies fell back down into the hole and another climbed on the head of the third baby.

‘Having all three babies looking out of the hole in sync is certainly the most captivating part of the photo, but I also believe for an animal we now so often witness in urban environments with a reputation as troublemakers.

‘It’s refreshing to see these raccoons in a relatively natural environment.’ 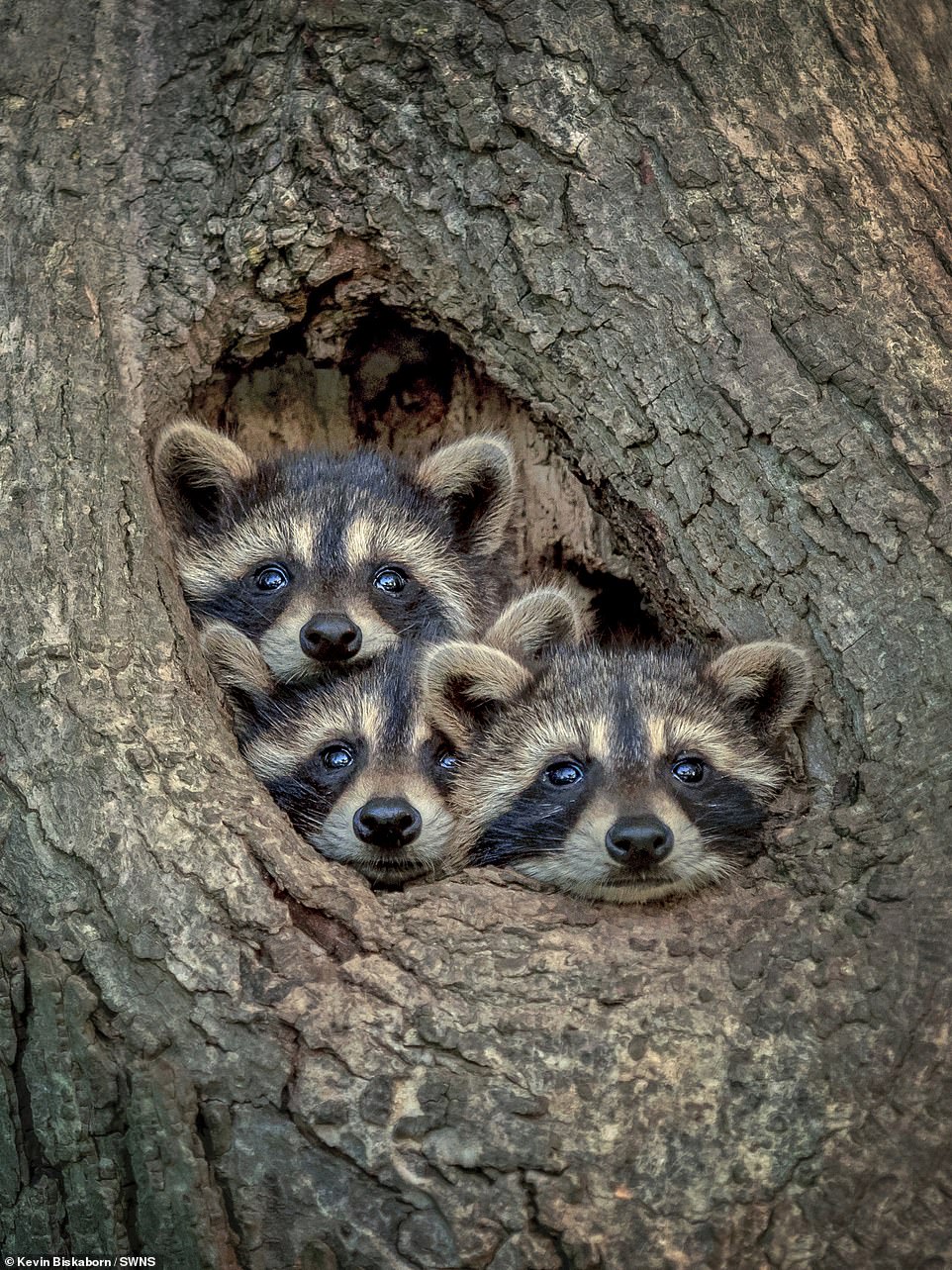 Digital media producer Kevin Biskaborn, 34, acted quickly when he stumbled across the animal trio to make sure he photographed them before they stopped posing