Eldad, a Los Angeles-based apparel company owner, traveled to Cuba for the remarkable encounter as a birthday celebration.

‘I wanted to do something different for my birthday so I called my friend Tim Yeo from Bluewater travel and join him on the Cuba trip he organized,’ he said.

Eldad Cohen, 42, went diving with crocodiles in Cuba for is birthday 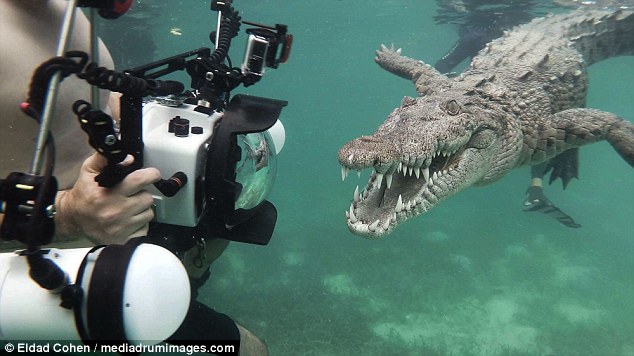 ‘Jardines de La Reina is one of the most pristine ecosystems in the world and It was a dream for me to dive there,’ Eldad said.

‘We knew that there are American Salt water crocodiles there and we were hoping for a chance to get in the water with them,’ he added.

American crocodiles are apex predators, making Eldad and his diving buddies perfect prey as they entered the croc’s habitat.

The croc’s only real threat is the American alligator, which have been seen killing and eating American crocodiles.

Images from the dive show the diver swimming within just a few feat of the predator, with a close up look into its beady eyes.

Video shows Eldad and his friends perilously close to the croc as they swim together in the open ocean. 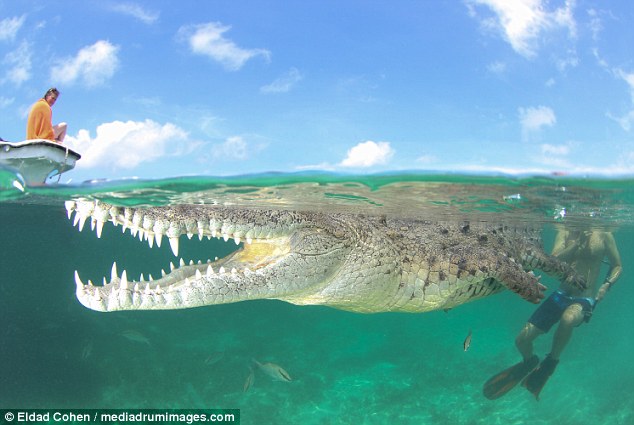 He and friends swan within feet of a 500lb American crocodile 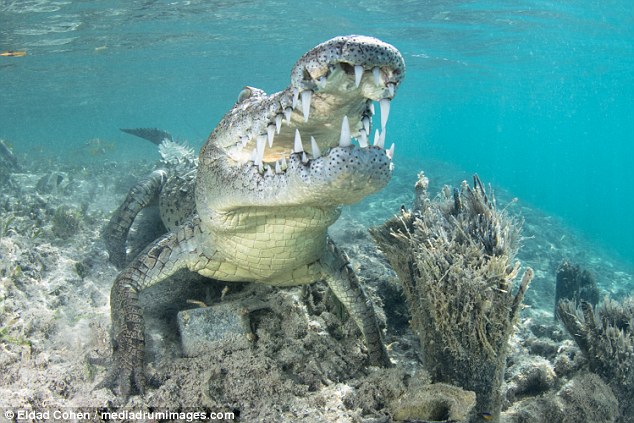 The local dive boats call these crocodiles ‘niño’, which means boy in Spanish.

‘On the first day we thought there is only one Niño but turns there were like eight in the mangroves around us,’ Eldad said.

Though the signs of danger are clear, Eldad said the most important thing in underwater photography is to get as close as possible to the subject you’re shooting.

‘The closer you get the better chance you have for a great shot. I was lucky to spend six hours in the water with the crocodiles and that helped me perfect the shots,’ he said.

‘The first time I tried to get close the crocodile I got stuck in the mud of the mangroves. Luckily I managed to get out of there fast as the crocodile was coming towards me,’ he said. 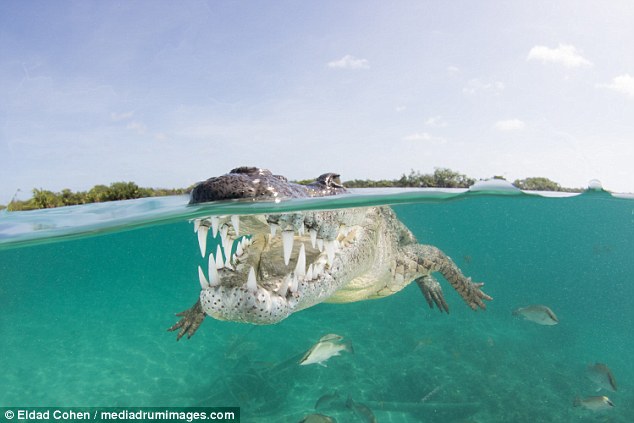