Italy has long been famous for its laid-back approach to living, widely known as ‘la dolce vita’, or ‘the good life’.

And these pictures from the early 1980s, taken by Charles H. Traub, encapsulate it perfectly.

Each image contains glimpses of laid-back life in Italy, including lazy days on the beach, children enjoying gelato and couples kissing on park benches. They burst with nostalgia.

A number of Traub’s images use the Trevi Fountain in Rome as a backdrop. This is the same fountain Anita Ekberg danced in in Federico Fellini’s 1960 movie La Dolce Vita. However, monuments play second fiddle to figures and fashions in Traub’s work.

Traub has travelled all over the world taking photographs and is now chair of the photography department of the School of Visual Arts in New York.

Two priests and a mannequin on a bicycle in Reggio Emilia in 1983. Many of Traub’s photographs are laced with wry humour 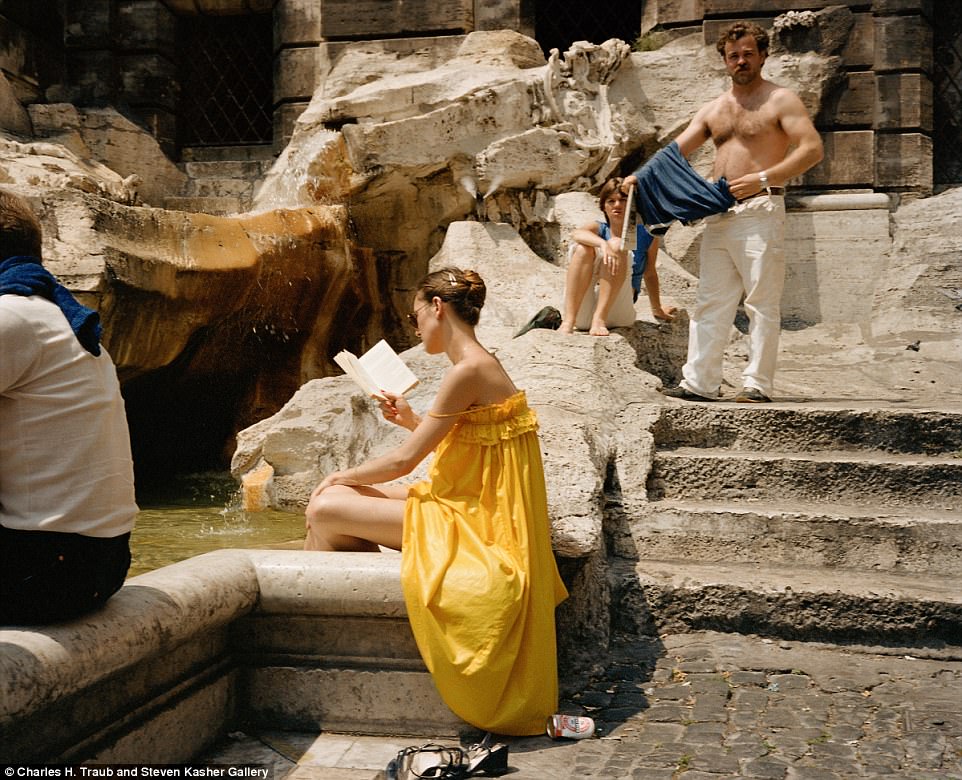 A woman is absorbed in a book as she cools her feet in Rome’s Trevi Fountain in 1981. This monument was made famous in Fellini’s 1960 La Dolce Vita, which showed Anita Ekberg cavorting in the water 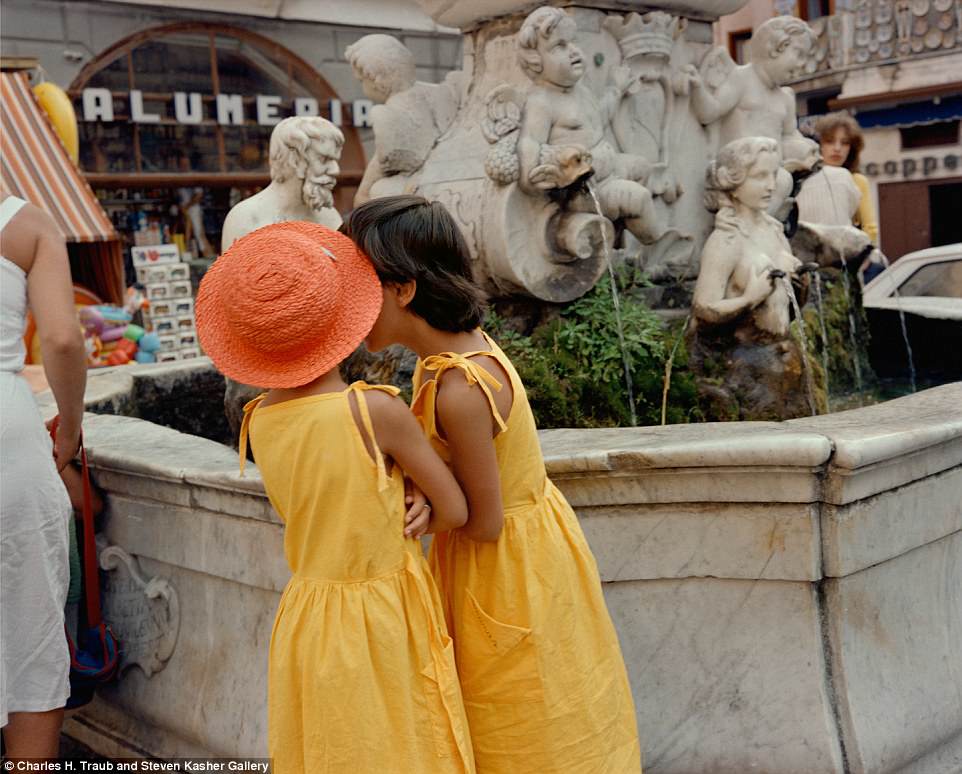 Charles H. Traub travelled extensively to Italy for his Dolce Via project, visiting particular areas for two or three weeks at a time. Here, two girls in matching dresses whisper by a fountain in Siena in 1983 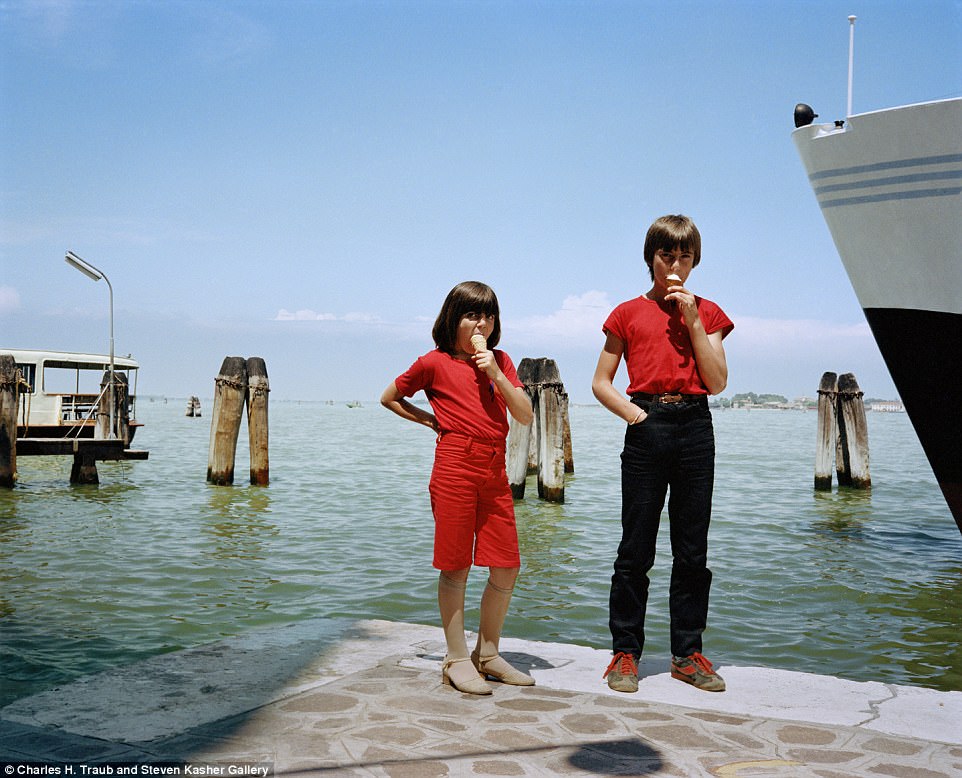 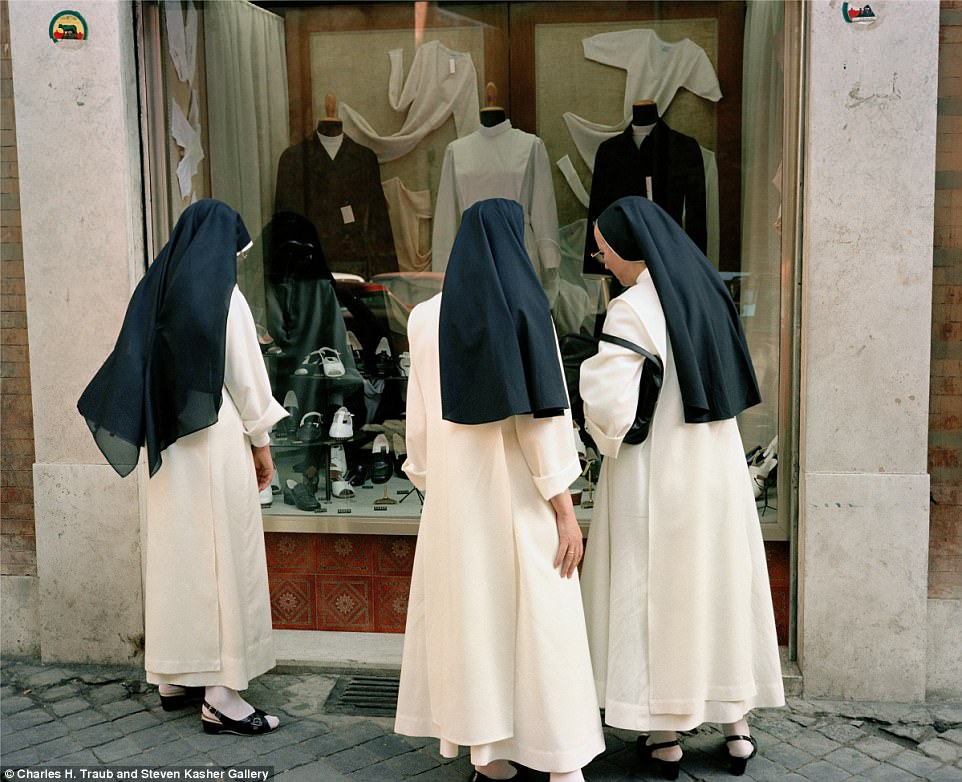 Three nuns indulge in a spot of window shopping in Rome, 1982. Traub’s eye for colour and pattern make his images captivating 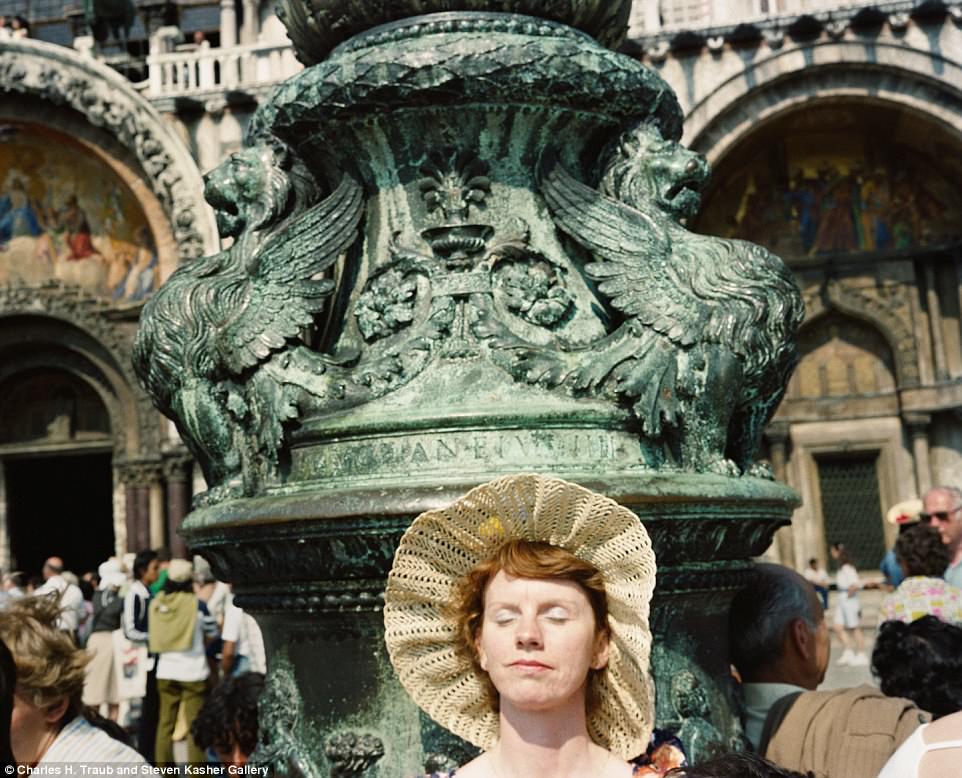 A woman sunbathes in a crowded Venetian piazza in 1981. This image is just one of many found in photographer Charles H. Traub’s book Dolce Via: Italy in the 1980s 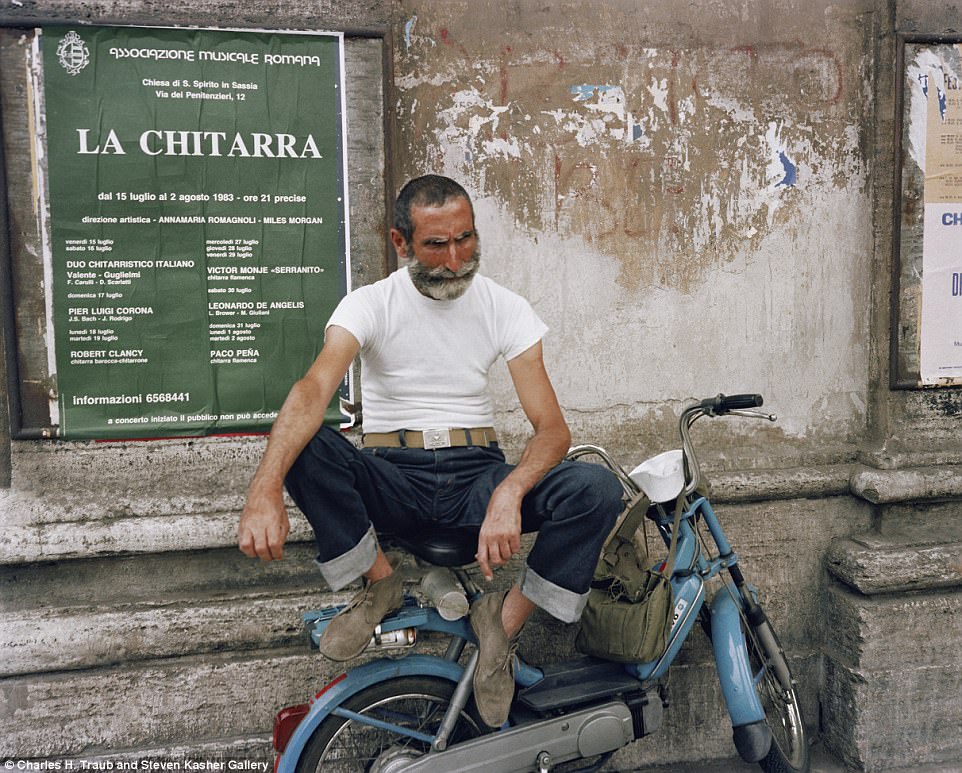 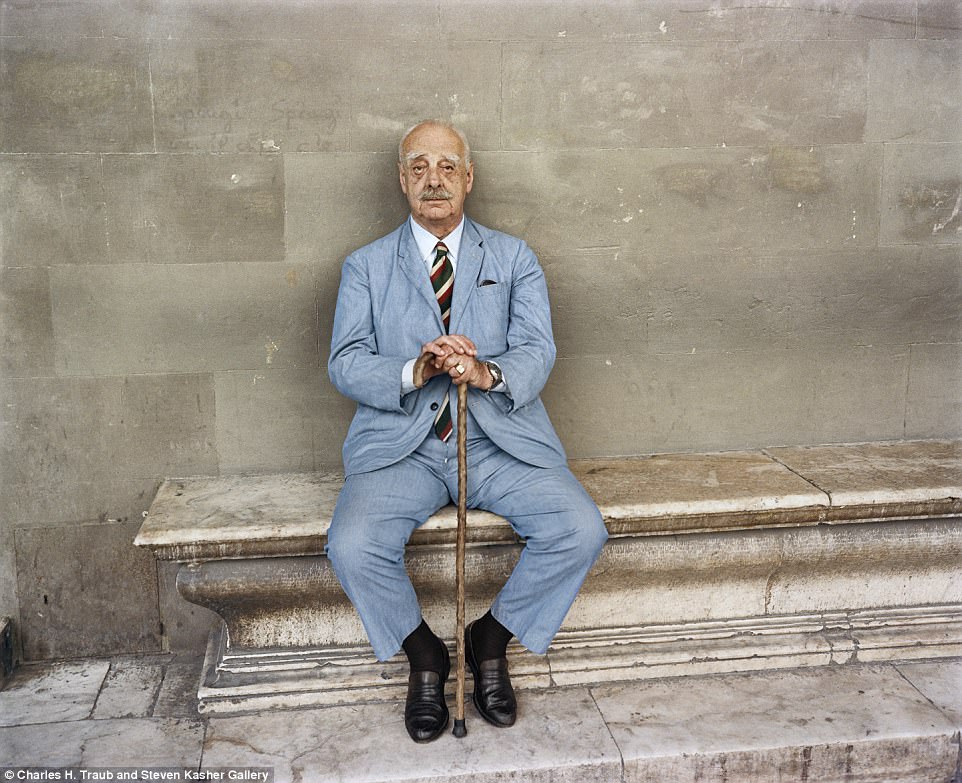 A smartly dressed older man poses for Traub as he takes his photograph. Monuments and buildings play second fiddle to people in his photographs 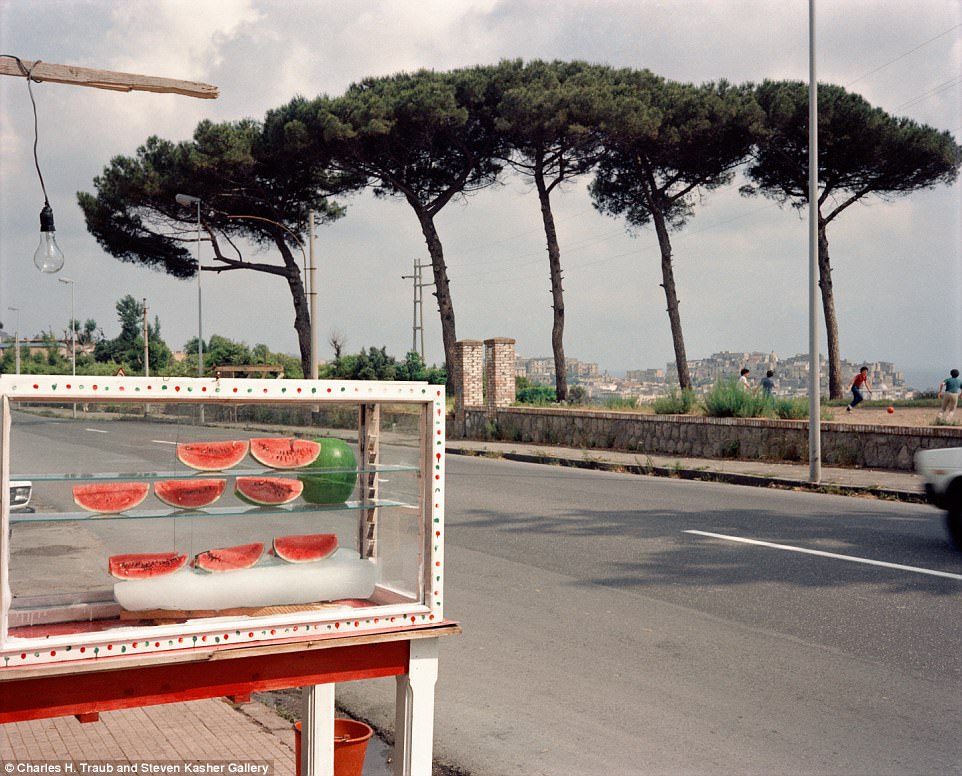 A watermelon stand on the roadside in Milan tempts passing cars. Meanwhile, a group of children play football in the background 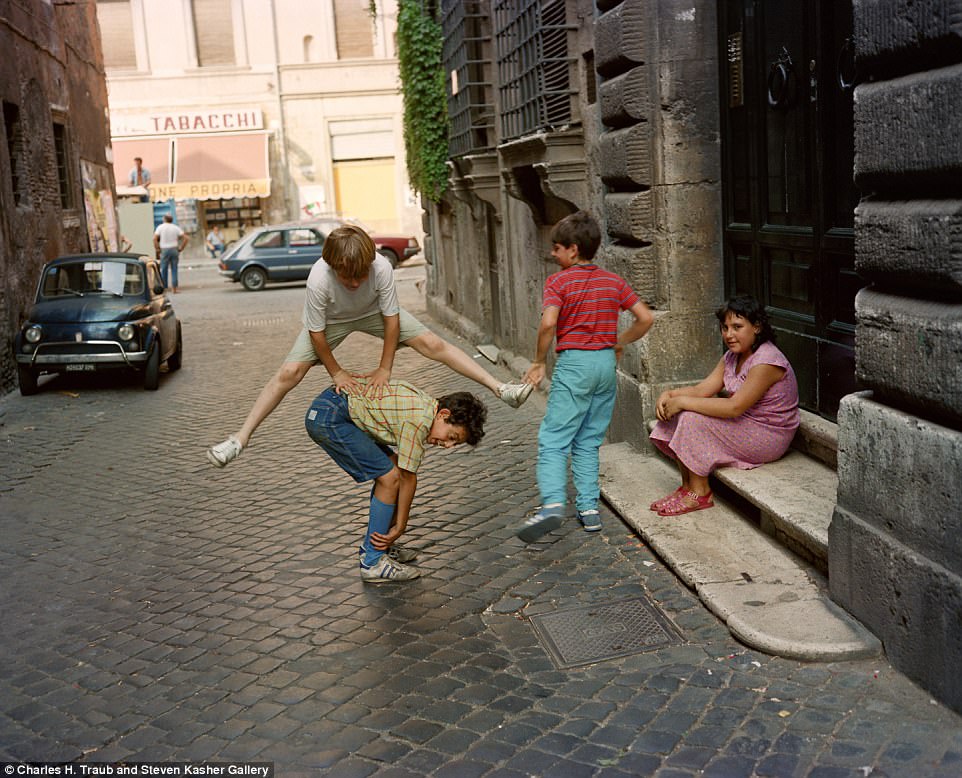 Children play leap frog in a quiet Rome backstreet in 1983. Many of Traub’s pictures show the simple pastimes that entertained children 35 years ago 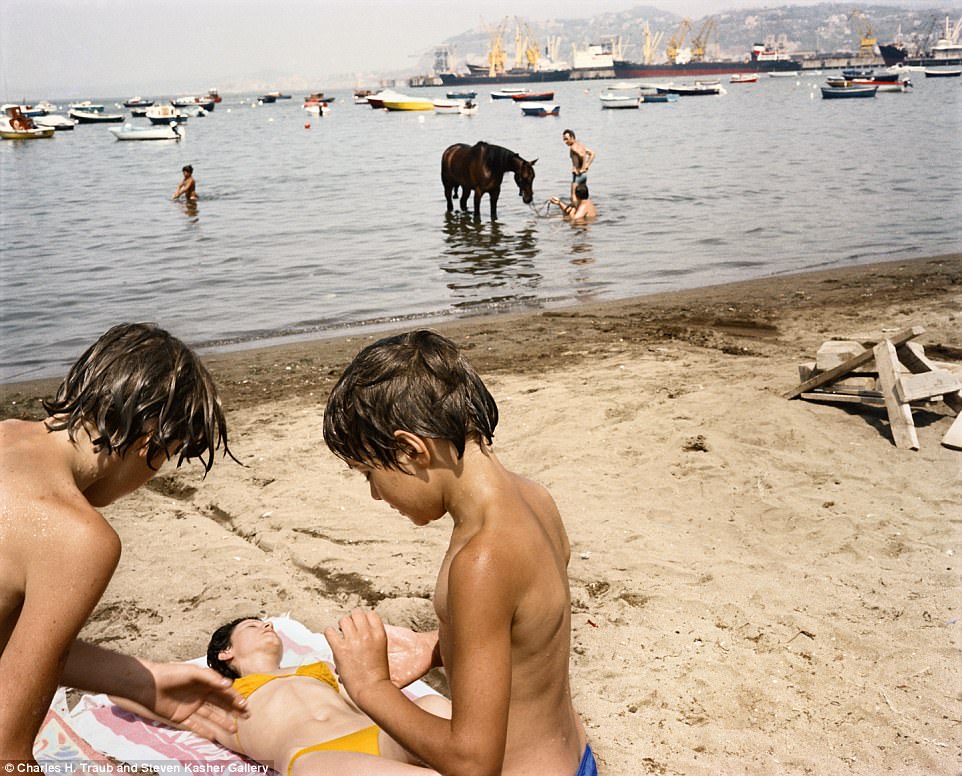 Mischief makers? Two young boys observe a woman asleep on the beach in Naples, 1982, while a horse is cooled off in the sea in the background 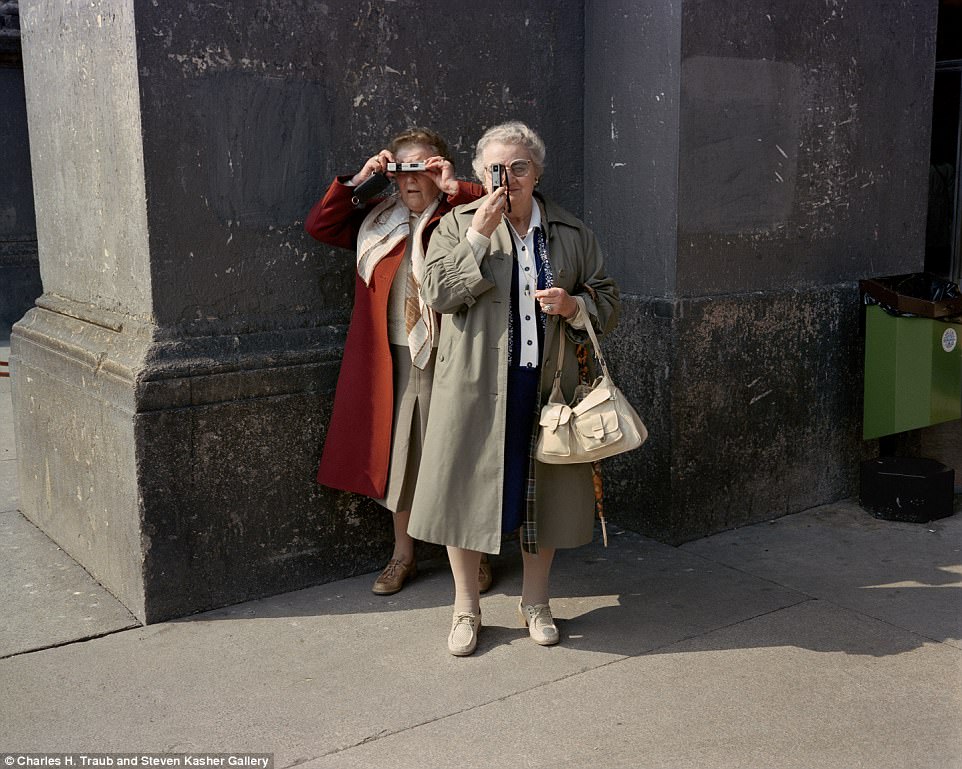 Right back at you: Two elderly women photograph Traub as he works in Milan in 1981 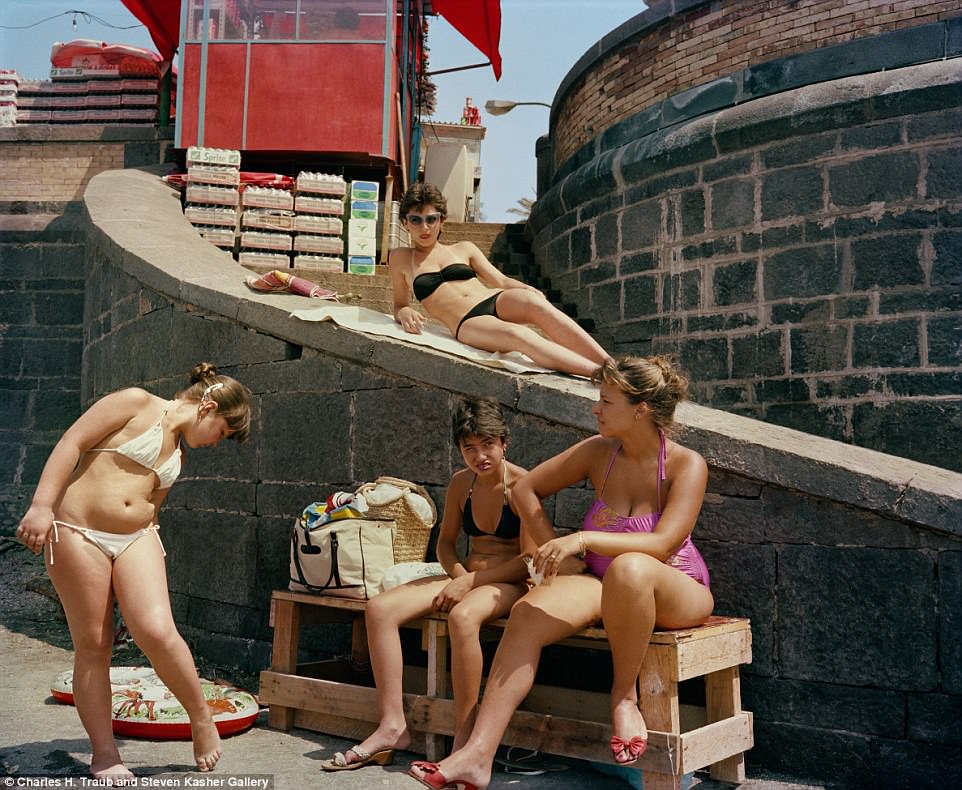 Life’s a beach: Four women soak up the sun in their swimsuits in Naples in 1982 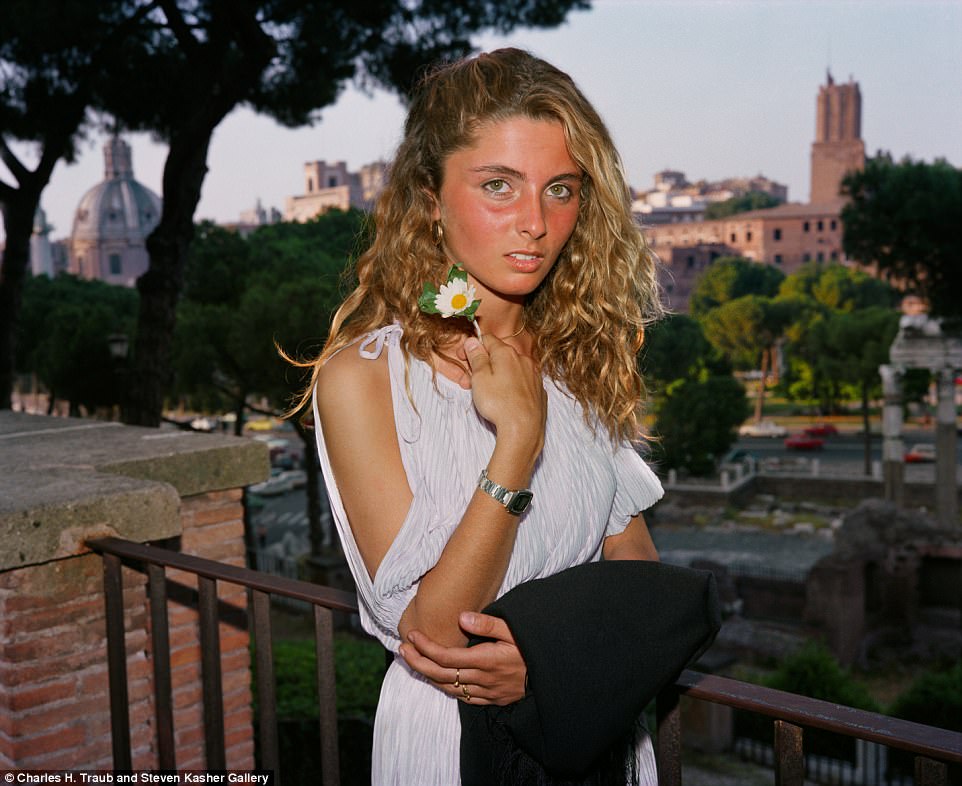 A young, sunkissed woman poses for Traub on a balcony overlooking Rome in 1981 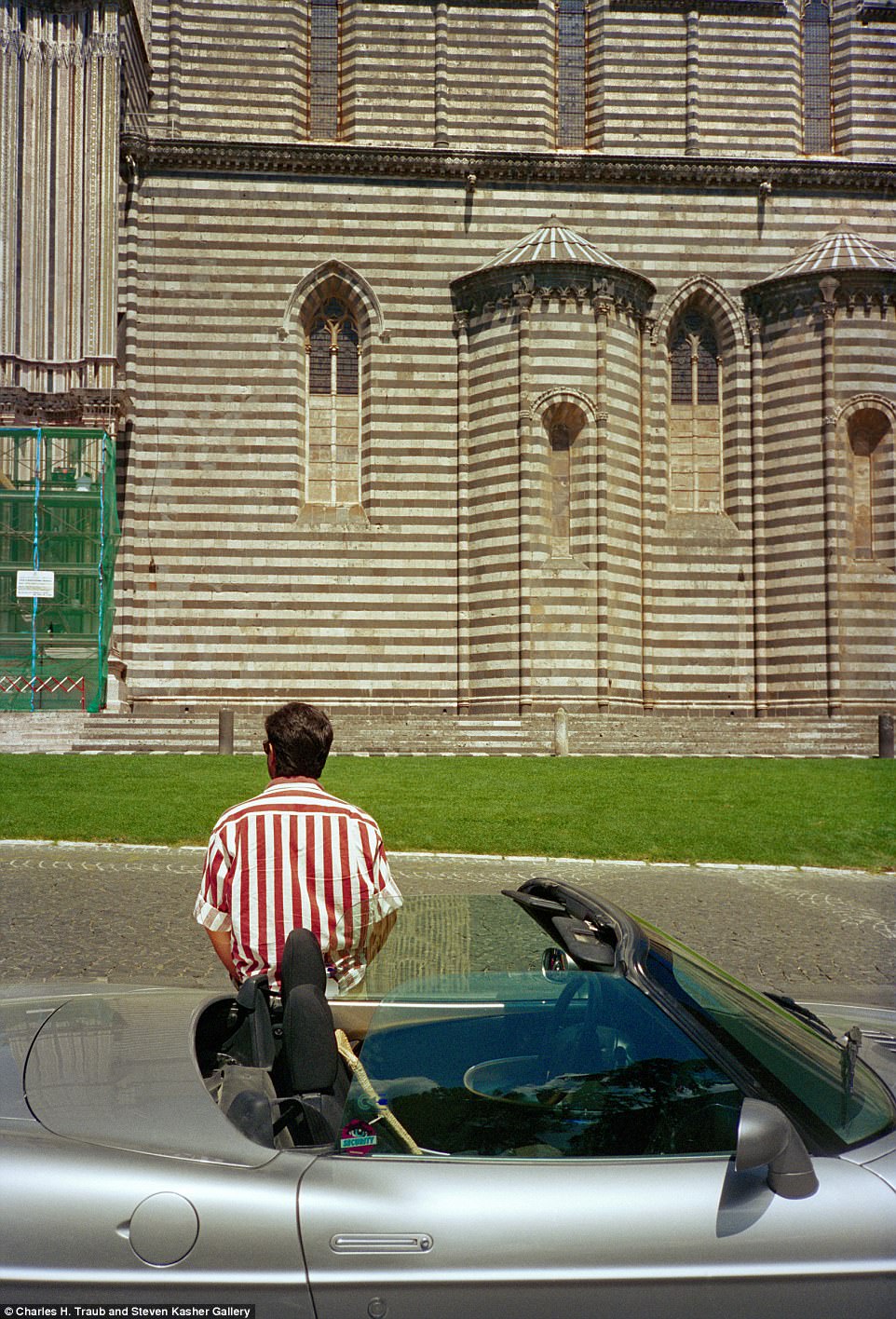 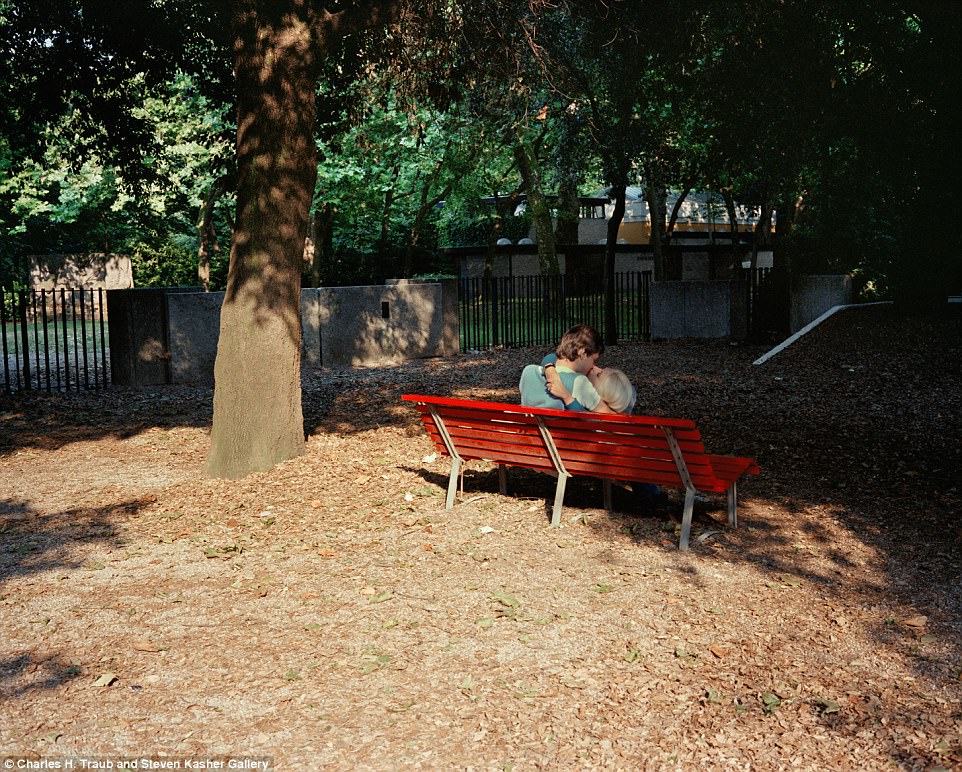 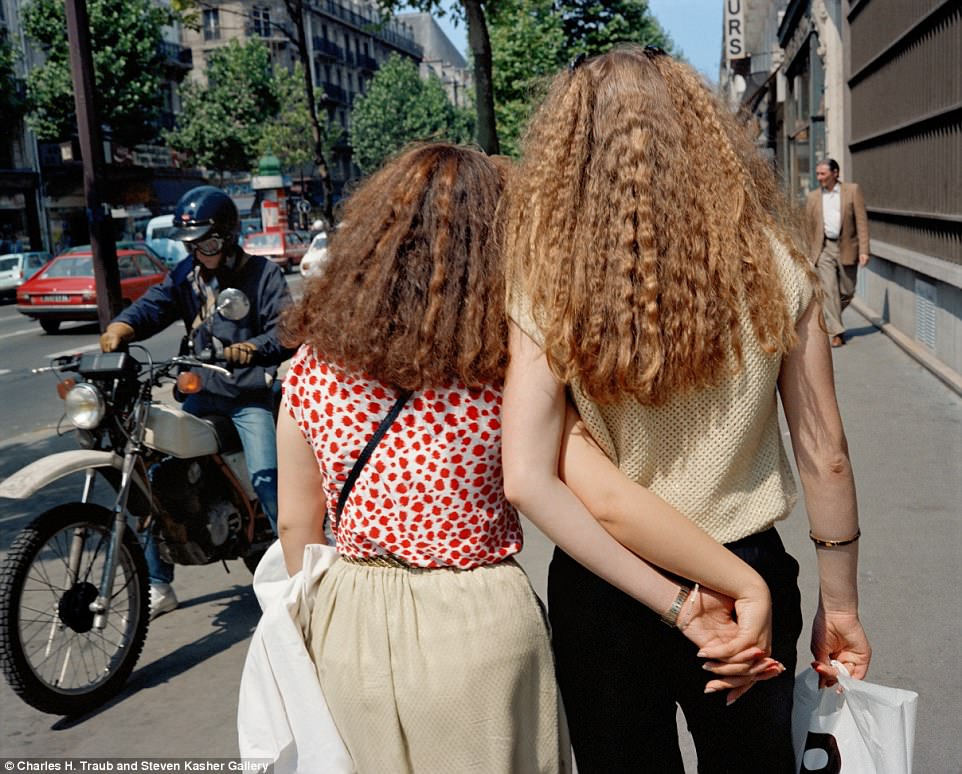 Two young women hold hands in Milan in 1983. Traub’s photographs give an intimate insight into the Italy of yesteryear 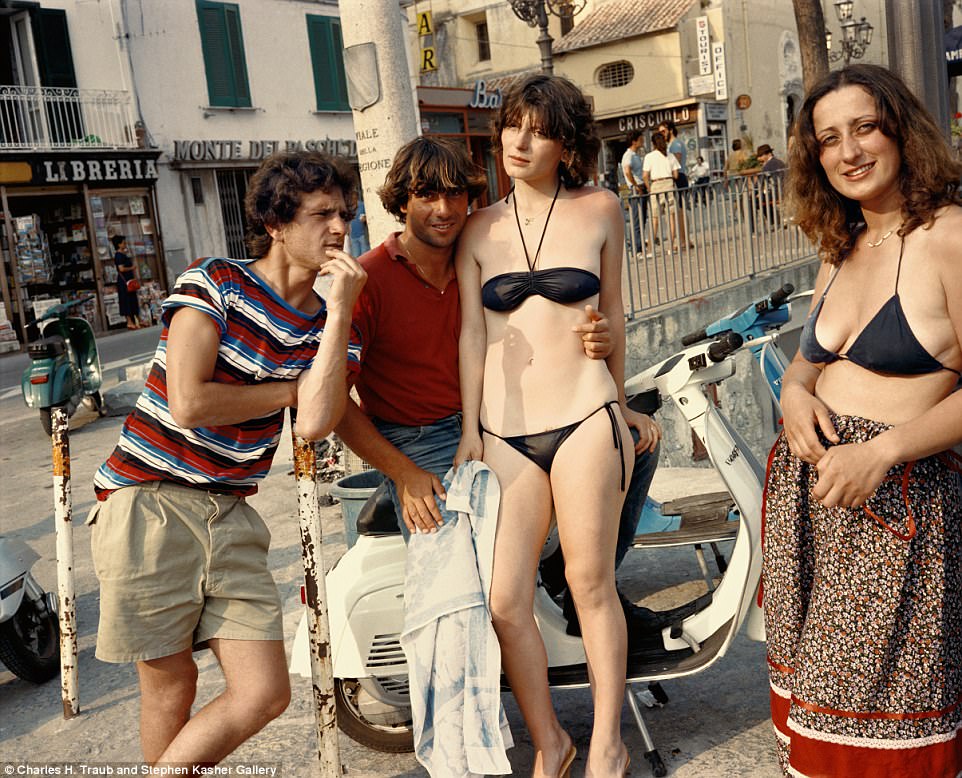 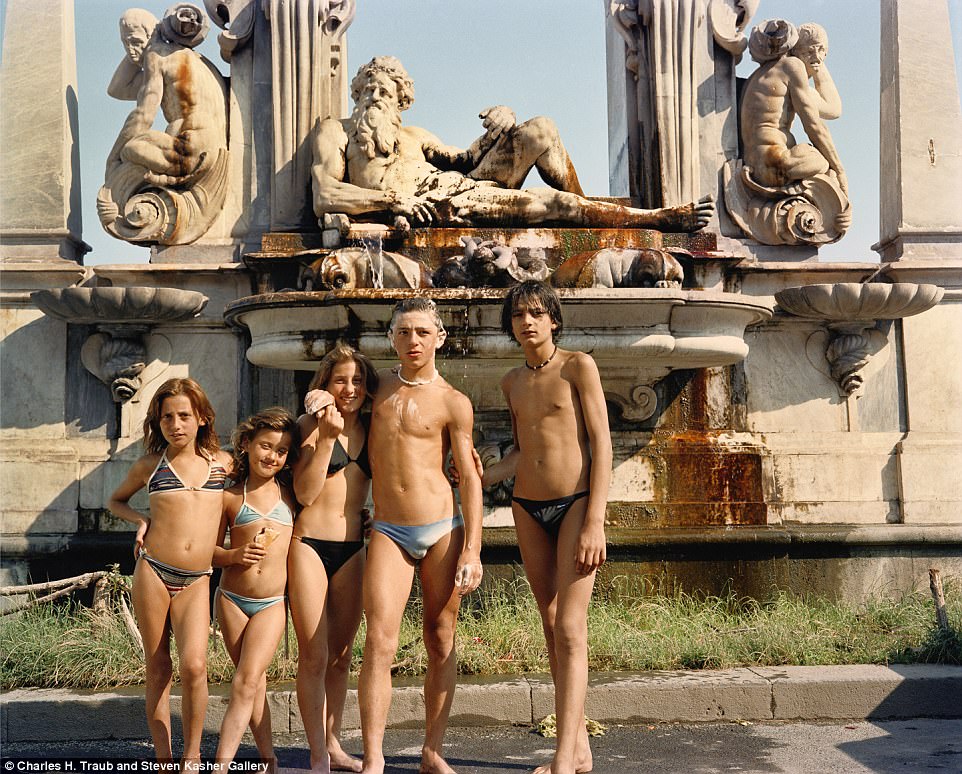 Children pose for Traub, who appears to have interrupted one of them mid hair-wash in Naples in 1982 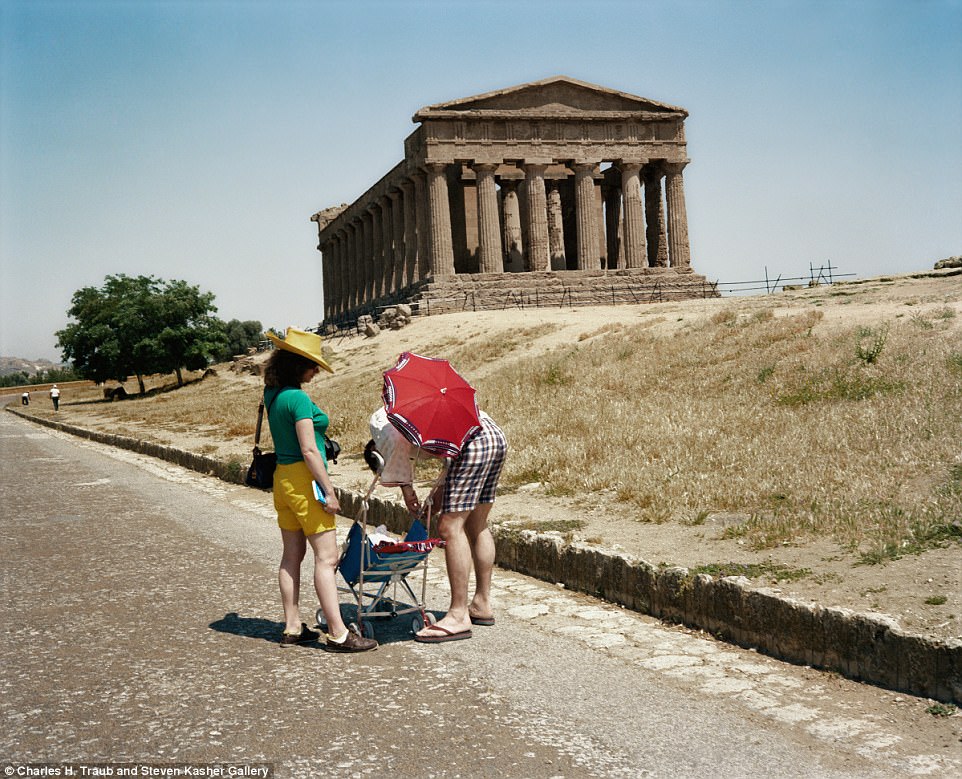 A couple adjusts their baby’s pushchair and parasol in front of the Temple of Concordia in Agrigento, Sicily, in 1981 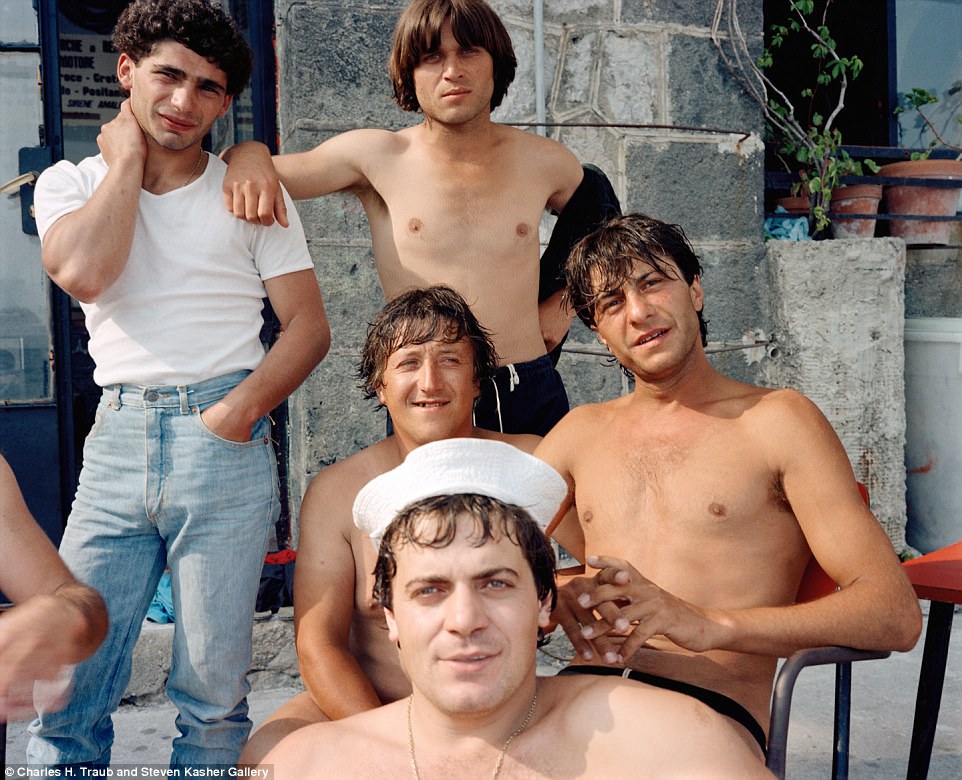 Suntans and smiles: A group shot of young men in Positano in 1981