Some of fashion industry’s most iconic photographs are hitting the auction block at Sotheby’s, with one of Richard Avedon’s most famous images expected to fetch upwards of $300,000.

The photographs included in A Beautiful Life: Photographs from the Collection of Leland Hirsch were collected by famed hair color guru Leland Hirsh over the course of nearly two decades.

The collection, which goes under the hammer on April 10, features more than 50 notable portraits from the 20th and 21st centuries. 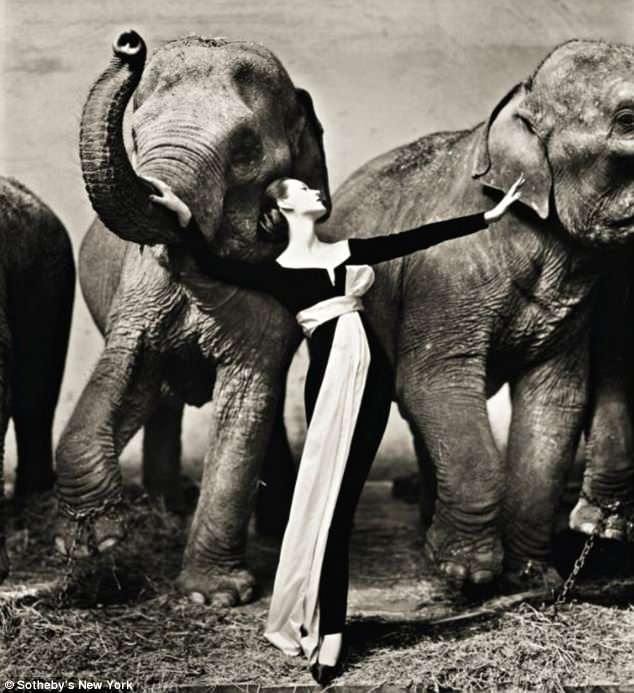 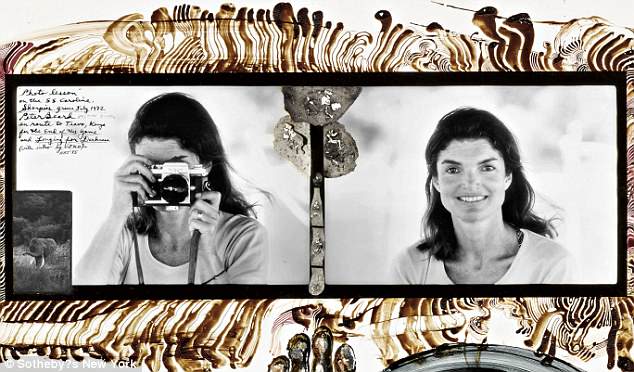 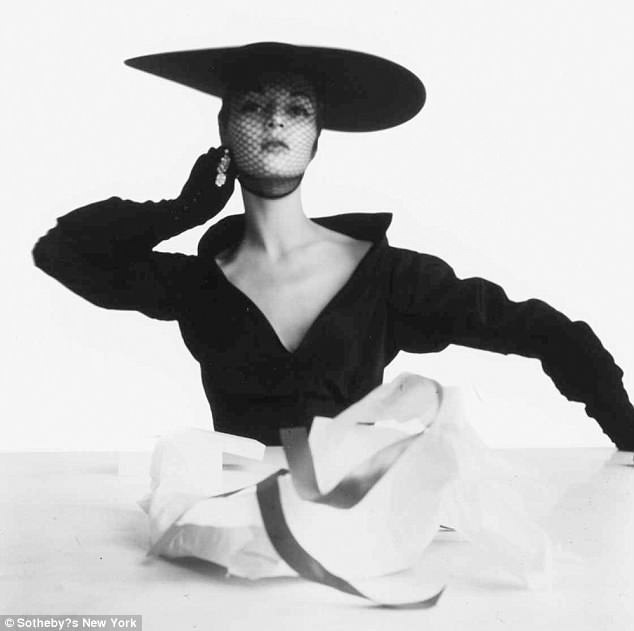 The black and white portrait, which shows a the naked model hidden behind a flower, is expected to sell for an estimated $4,000 to $6,000. 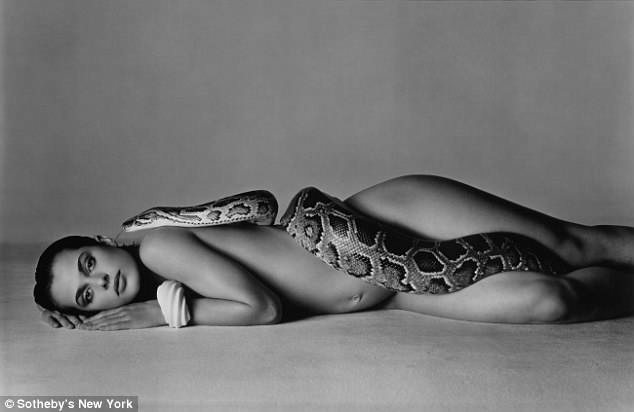 Snake charmer: Richard Avedon’s photo of Nastassja Kinski and a serpent could sell for $90,000 or more 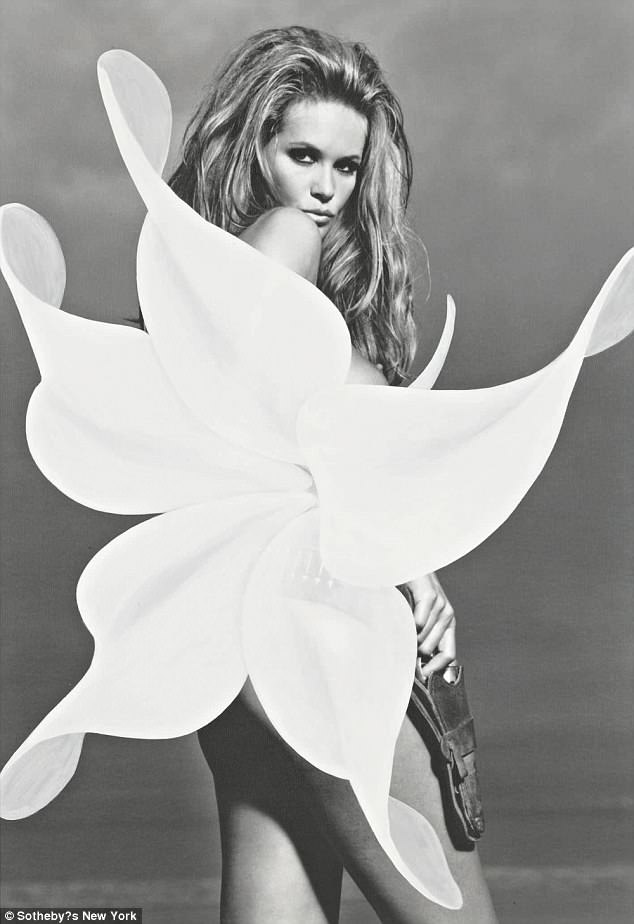 ‘The Body’: Grillo Demo’s photo of Elle Macpherson, titled ‘Elle With Falling Jasmine,’ is expected to sell for between $4,000 and $6,000 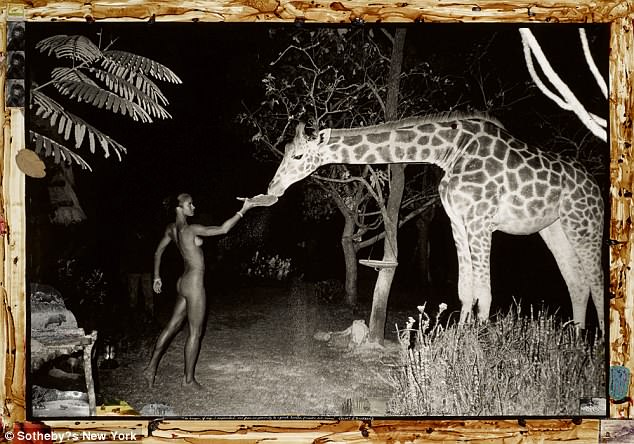 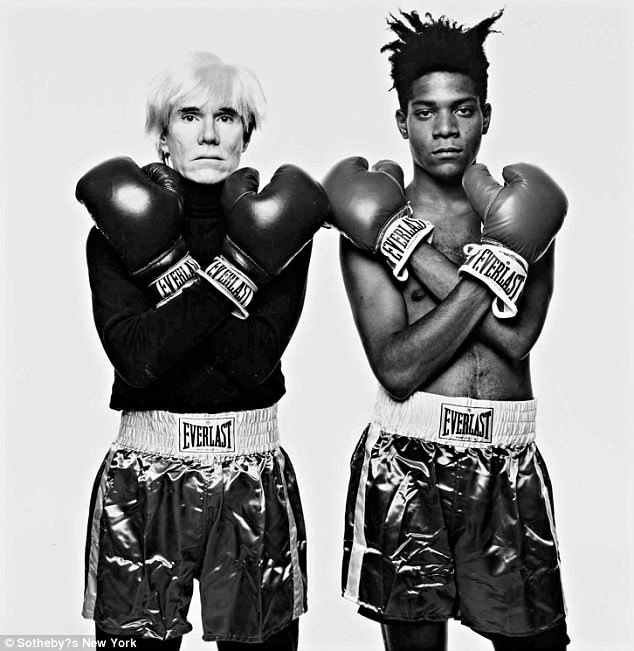 Meanwhile, Chuck Close’s untitled diptych of monochrome pigment prints of Kate Moss could go for an estimated $25,000 or more.

Although there are plenty of photos of famous models, one of the most iconic faces in the collection is that of Jacqueline Kennedy Onassis.

In one image she is holding a camera up to her face and taking a photo; she is smiling in the other. 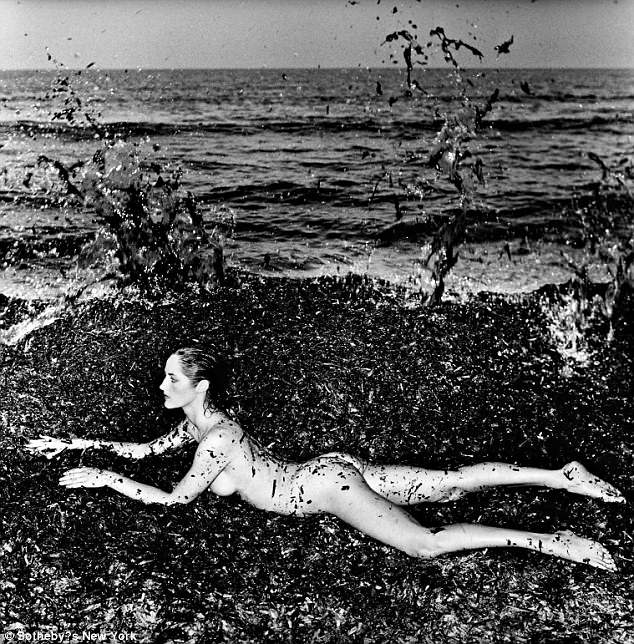 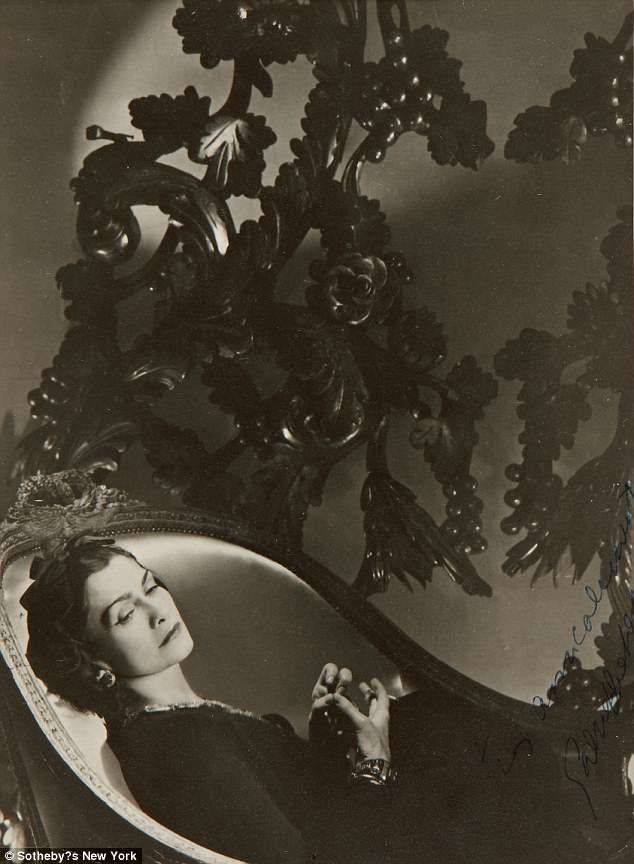 Legend: Expect to pay upwards of $6,000 for Horst P. Horst’s photo of designer Gabrielle ‘Coco’ Chanel that was taken for American Vogue in 1937 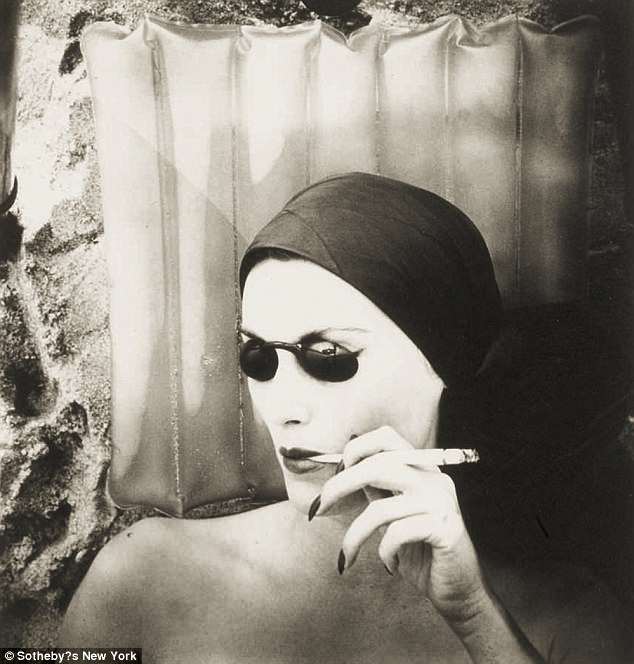 Famous face: Irving Penn’s black and white photo of fashion model Mary Jane Russell smoking on a beach in Long Island in estimated to go for $20,000 to $30,000 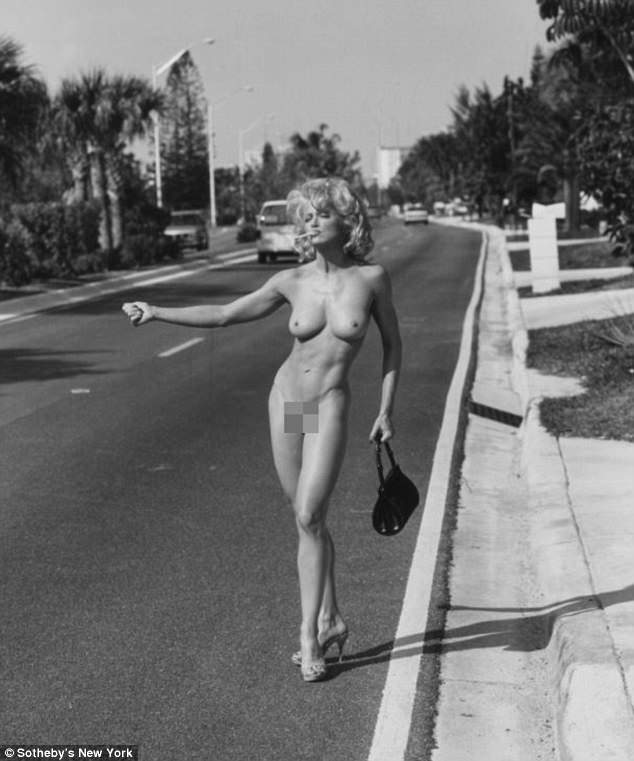 Hard to miss: Steven Meisel’s photo of Madonna hitching a ride, which is featured in her coffee-table book ‘Sex’ could go for $5,000 or more 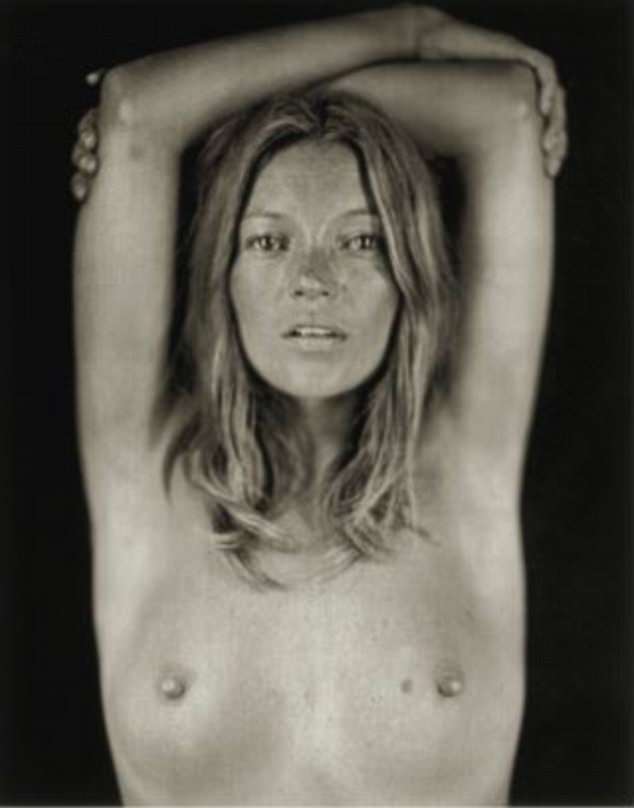 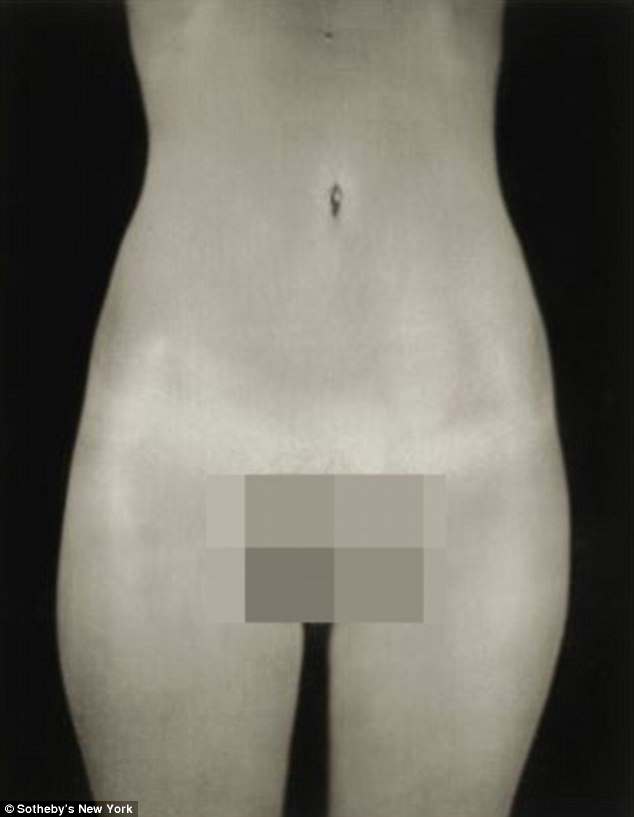 In demand: Chuck Close’s untitled diptych of monochrome pigment prints of Kate Moss are expectorated to auction for an estimated $25,000 or more

Avedon’s black and white portrait of the 1950s model Dovima posed with elephants appears to be the most valuable image in the lot.

In the beloved image, Dovima is wearing a long-sleeve Diro gown with a sash around her waist, and she is posed with her hand resting on the trunk of an elephant.

Other pieces in Hirsch’s collection that are hitting the auction block include Surrealist portraits by Man Ray and famous images by Diane Arbus.

The collection of fashion photography will be showcased in exhibitions held in Los Angeles and San Francisco to accompany the sale in New York.