A set of candid photographs showing the Spanish royal family relaxing at home have been released to mark King Felipe’s 50th birthday.

The images display the normal side to the monarch’s life with him holding his daughter’s hand while clutching her schoolbag in one photograph, as he takes her to school.

In another, his former television presenter wife Queen Letizia sits on an albeit grand settee alongside daughters Princesses Leonor, 12, and Sophia, 10.

The trio turn their heads with beaming smiles towards the camera as a wheeled-in television set in the background shows the King mid-speech.

The casual photographs highlight the King’s humorous side with him sharing a joke with youngest daughter Sophia in between filming his annual Christmas message at their residence at the Royal Palace of Madrid.

And proving they are just like any other family, a final shot shows the foursome  sitting down together at lunchtime while dressed in casual attire.

King Felipe, who turns 50 on Tuesday, was appointed to the throne in 2014.

School time: Candid shots from inside the residence of the Spanish royal family show King Felipe taking his daughter Princess Leonor to school 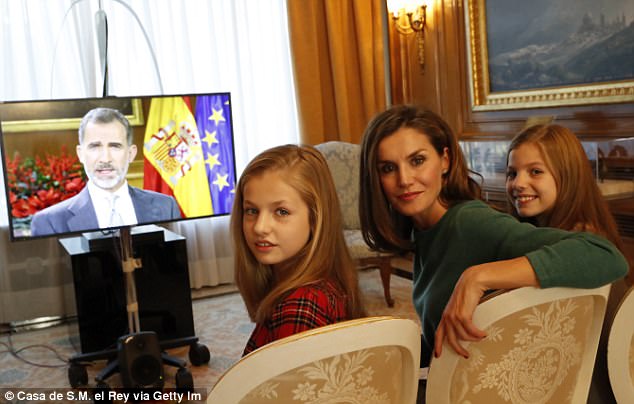 Daddy’s on the television! Queen Letizia, a former presenter, smiles to the camera alongside daughters Princess Leonor and Sophia while King Felipe’s speech plays in the background 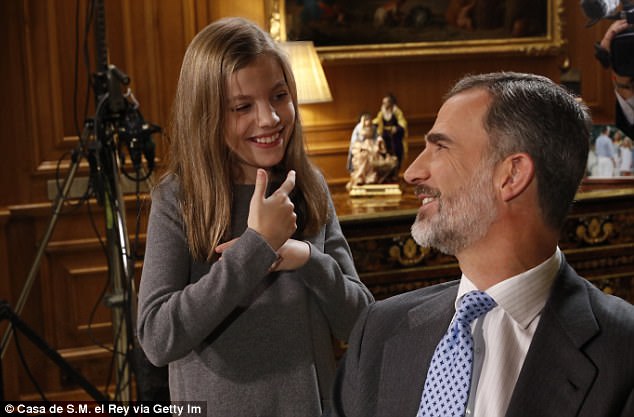 Family time: The 50-year-old Monarch shares a joke with his youngest daughter during a break for filming his Christmas message 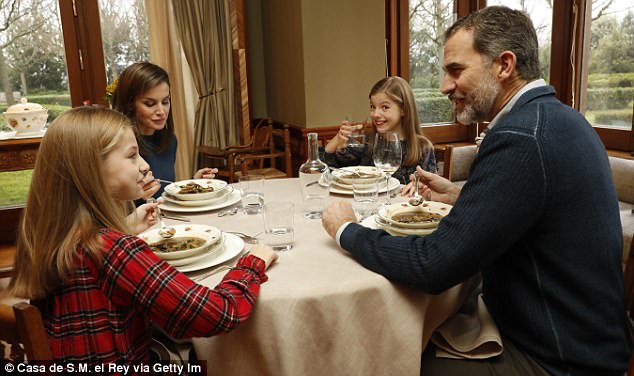 Dinner for four: Proving they are just like everyone else, the family are pictured here enjoying a spot of lunch together with Princess Leonor lost in conversation with her father while a cheeky Sophia raises a glass to the camera 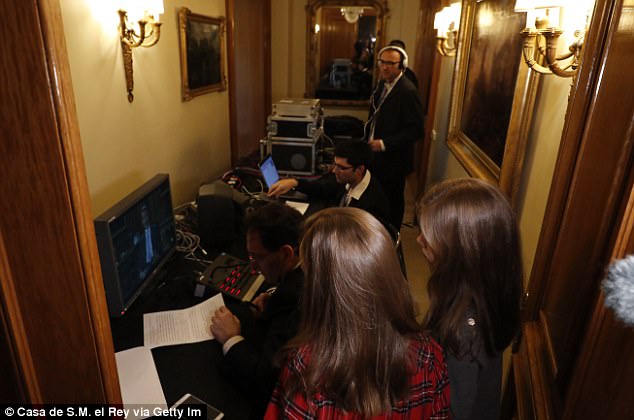 Behind the scenes: A photograph shows the effort which goes into producing the annual Christmas message as a fascinated princesses Leonor and Sophia watch over the editors