Serena Williams and Lara Trump welcomed their newborns this month after both being open about how they stayed physically fit during their pregnancies.

Two weeks ago, Williams gave birth to her daughter Alexis Olympia Ohanian, Jr. but has admitted over Instagram that the birth wasn’t easy.

President Donald Trump became a grandfather for the ninth time after daughter-in-law Lara Trump had her son Eric ‘Luke’ Trump on Tuesday morning.

Both women were open about staying physically fit during pregnancy, but it isn’t always easy for the body to bounce back.

Pregnancy can weaken a woman’s core and pelvic floor muscles and make it hard for them to return to the physical shape they had before having a baby.

Daily Mail Online spoke with Brittany Citron, founder of PROnatal Fitness in NYC, about the challenges women face both physically and mentally after having a baby and how they can overcome them.

Serena Williams, 35, had her daughter  Alexis Olympia Ohanian, Jr. two weeks ago. She opened up on Instagram about how hard labor was on both her and her daughter 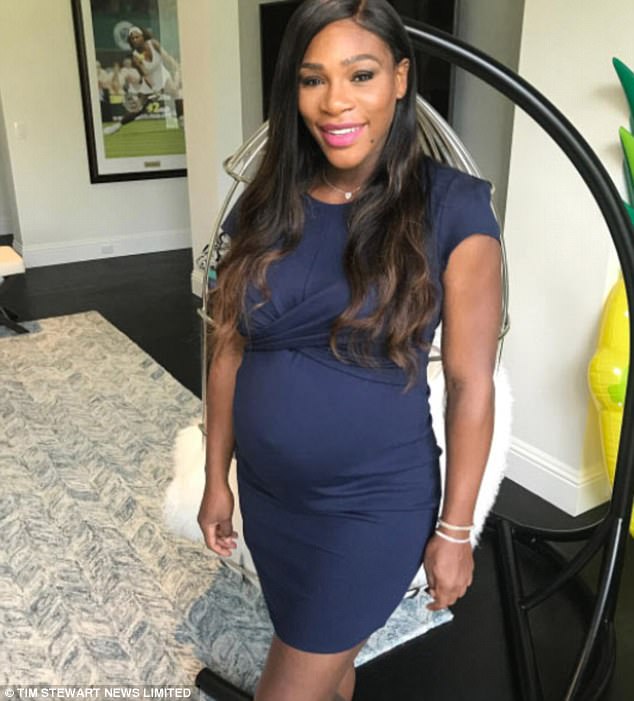 Serena was seen into eight months of her pregnancy doing light workouts to keep her muscles working. Usually, a woman takes six weeks to recover after pregnancy before working out

How pregnancy impacts the core muscles

A woman’s body goes through extreme changes during the nine months of pregnancy in order to accommodate the growing baby.

One problem that occurs in women after the pregnancy is they have weakened core muscles.

‘(There is) weakness in the core but potentially even damage,’ Citron said.

Changes in a woman’s body that can occur after pregnancy

A woman’s body can go through a variety of changes after nine months of accommodating a baby.

This is the area between the vagina and rectum that is stretched during labor. Kegel exercises, a warm bath or a cold compress can help relieve the pain while it heals.

The breasts will grow as the body prepares milk to feed the baby. It should go away once breastfeeding starts.

The nipples are not used to producing milk or being latched onto all the time by a baby. This can cause pain, discomfort and even cracking in the area during the first few days after birth. There is special cream doctors can give to help.

This is common because your body just went through a marathon to have the child. And now there is a baby that is up every couple of hours.

It is recommended to always sleep when the baby sleeps and to avoid sweets that can keep you up.

The skin will get stretched during pregnancy. Stretch marks can occur on the stomach, breasts, thighs and butt. There are creams to help remedy the marks.

Also, some women report hair loss or hair thinning after pregnancy. This can occur because of the dramatic hormone change that happens once a woman has given birth.

The abdominal muscles and pelvic floor are altered during pregnancy to accommodate the growing baby.

Citron explained that the abdominal muscles can separate, which is called diastasis recti or the post-baby pooch.

The job of these muscles is to help support the back and organs, and by having those spread apart it can cause physical problems for the woman.

Citron recommends when a woman is getting back into exercises that she should work her abdominals from the inside out in order to get them back to where they used to be.

One exercise that women can start right after they have their baby is belly breathing.

‘It’s a critical foundation for building your core muscles back,’ Citron said.

Belly breathing works the transverse abdominal and diaphragm, both are located in the inner part of the core.

On the exhale, the woman should hold her belly button in towards her spine for as long as possible before releasing.

Kegel exercises are also encouraged after labor to work the pelvic floor muscles.

‘Kegels are only effective if done properly,’ Citron said.

To do this exercise, women should sit on the corner of a chair so that it is in between the legs.

Women should then squeeze their pelvic muscles up towards their stomach and hold for three to seven seconds before releasing.

‘Both (exercises) can be started immediately after delivery,’ Citron said.

Getting back into the gym: Experts say to take your time

One challenge after pregnancy is deciding when it is the right time to get back into the gym in order to get the body back to what it used to be.

‘Moms do have to be patient with themselves,’ Citron said. ‘It took nine months to get their body to where it was, so it will take just as long if not longer to get back.’

The body needs time to bounce back from the transformation it made, so stress can be added if the woman is too focused on getting her old body back.

Citron warns against women putting too much pressure on themselves right after giving birth because it could result in an injury. 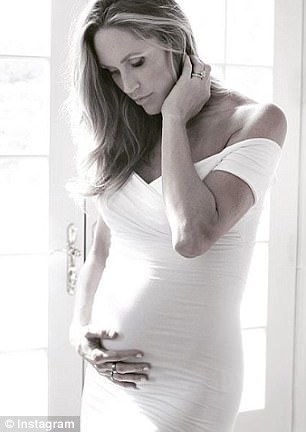 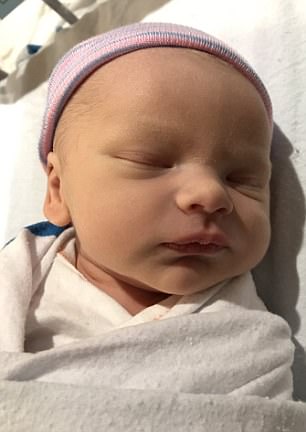 ‘You can’t start exercising until you are cleared by your doctor,’ Citron said.

Once cleared to workout, building up on the exercises is important to get the body used to it again.

‘Think of the level you were at before you stopped an had your baby,’ Citron said. ‘Take it down one notch and gradually build yourself back up.’

Mental health and its impact after pregnancy

Baby blues are the least severe form of postpartum depression and affects 70 to 80 percent of women after pregnancy.

The mother will experience mood swings and other negative symptoms after giving birth to their baby.

Some symptoms include impatience, irritability, anxiety, sadness and insomnia.

Postpartum depression is a more severe form of baby blues and occurs in ten to 15 percent of new mothers.

This occurs when the mother feels incredibly depressed, sad or empty after having her baby.

‘Exercise has been shown to decrease postpartum depression,’ Citron said.

It is recommended for them to seek a health care provider to talk about their symptoms if they don’t go away.

Citron also said it is imperative for new mothers to find emotional support to help them deal with the challenges.

‘Find community support because a mother’s job is too difficult to do alone,’ Citron said.

Belly breathing and kegel exercises are critical after a woman gives birth to help rebuild her muscles.

And these exercises can be started right after the labor is over.

Step 1:  Sit tall in a chair with your feet on the floor. Make sure to place your hands on your belly to ensure it’s working.

Step 2: Take a deep breath in through your nose that allows your belly and rib cage to expand.

Step 3: Exhale the air slowly through pursed lips and bring your belly in towards your spine as far as you can. Your back should stay tall and lifted.

Step 4: Take five to seven slow breaths. Then, repeat the above exercise by holding the belly button in towards the spine for 15 to 30 seconds.

Step 5: Do this exercise throughout the day for at least ten times.

Step 1: Sit down in a chair and straddle the corner so your legs are on either side of it. Make sure you are sitting up straight.

Step 2: Inhale through your nose and on the exhale draw up your pelvic muscles towards your belly button.

Step 3: Hold this for three to seven seconds before releasing the muscles

Step 4: Follow the long squeeze with eight to ten short squeezes that last one to two seconds.